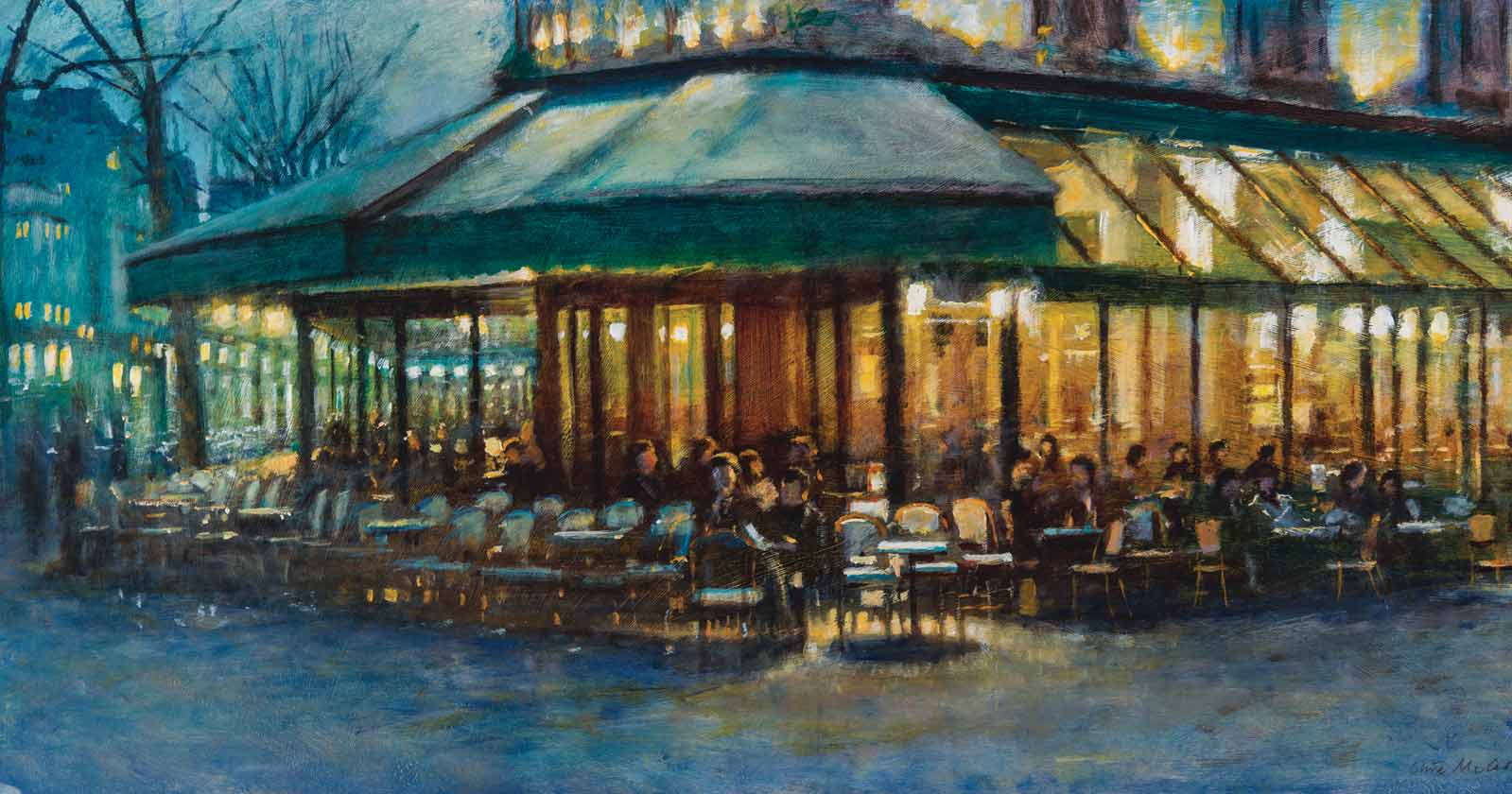 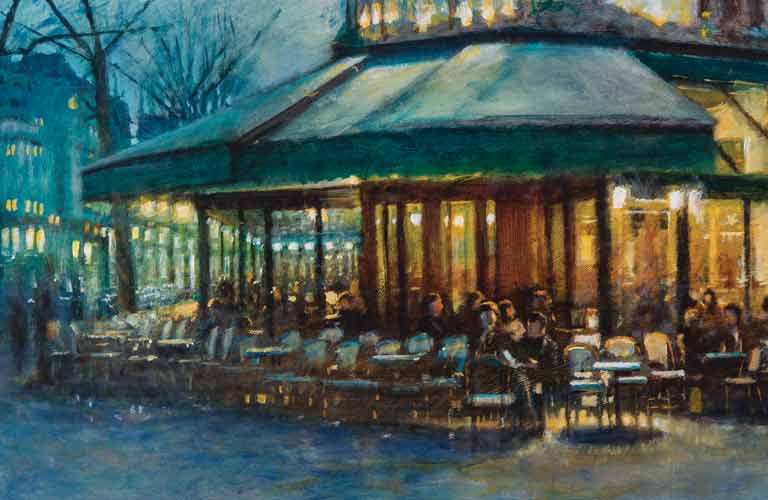 Clive’s reputation has soared. Today, he is one of the UK’s best loved artists. Why is this? It may be because he operates at the fruitful boundary between figurative work and a more abstract sensibility. 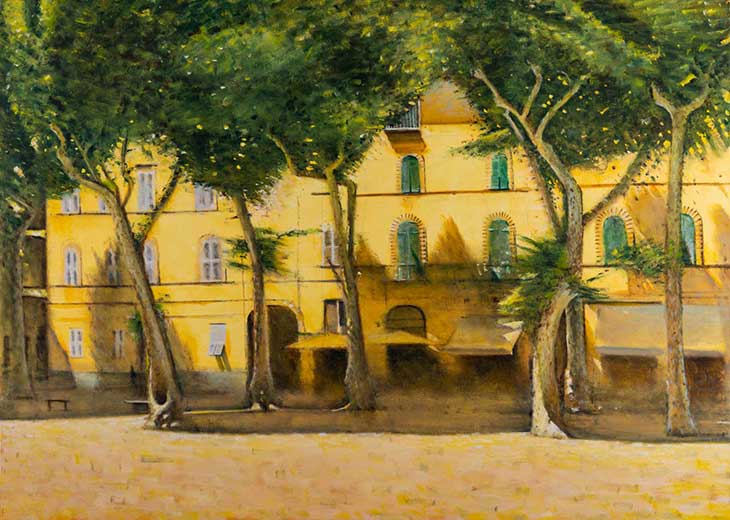 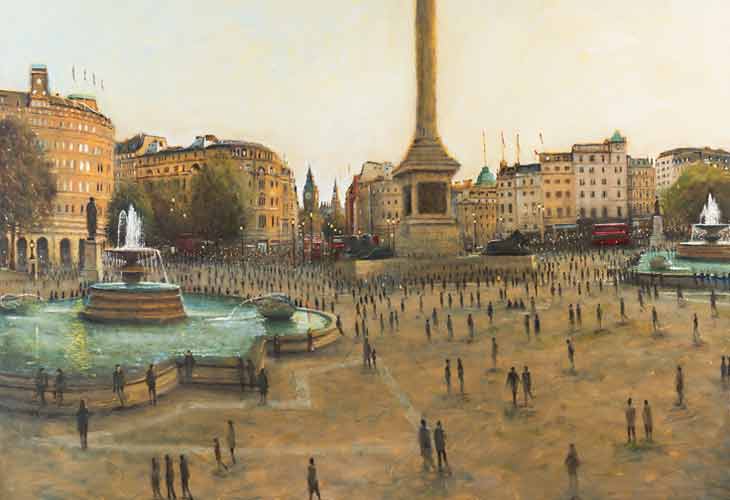 One of Britain’s foremost figurative painters with a passion for light. Most people looking at his effortlessly accomplished work would describe the artist as gifted. The truth is that he has worked relentlessly over four decades to become the master he is today. 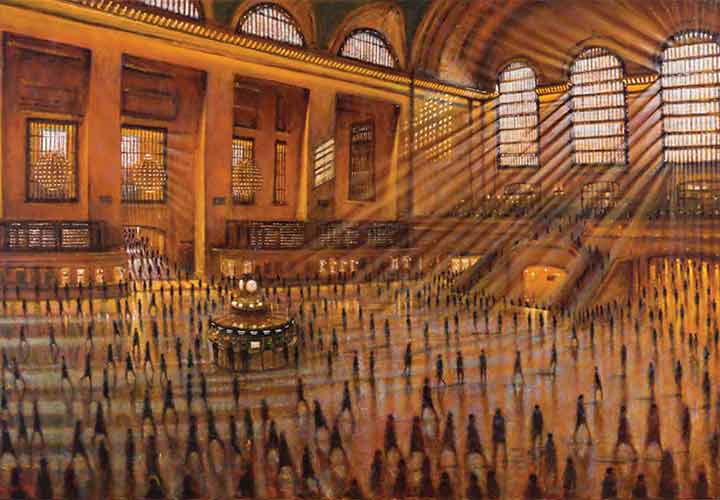 For many years at Art College I concentrated on still-life and figure painting. Under the tutelage of such artists as Euan Uglow, Cecil Collins and Derek Boshier, I was very influenced by Cézanne and what might be called ‘significant form’. A picture develops through a certain order of relationships and equilibrium.

Thus, it is not what you paint but how you paint. Before a picture becomes a view of something – a table and chair – it is an abstract assemblage of lines, tones, shapes and colours. That tension between depicting something real and the abstract language used to construct the picture is what really interests me; the endless process of resolving a formal problem and finding a solution. One attempt at resolving a subject is never enough and like Monet and Mondrian I prefer to work in series, developing paintings over years of work.

When I started to travel seriously and for longer, applying these techniques proved difficult. I have often travelled slowly on foot, covering many miles in a day. On the way my eye would be caught by amazing moments of light which had to be recorded quickly. I used watercolours as they were light and easy to set up, and found that I could respond to a vast number of subjects – figures, landscape, buildings, trees, roads, crowds, the sea. I was amazed by the watercolours of both Edward Hopper and John Singer Sargent and their immediate responses to things seen.

Travel has always represented an opportunity to contradict myself. Just when I might only have painted Parisian cafés and interiors I would force myself to paint in Morocco. Flatter, more abstract work would emerge with a quite different spatial play (an absence of linear perspective).

New York was a huge leap in the dark. The problem lay in fitting a vast scale and multitude of detail within a rectangle – how to make it painterly and not tediously detailed. Again, one finds ways. Twilight obfuscates a subject and can leave only the essentials. Also, there is a certain greyness to the light and colour of stonework to which everything can be related, as can be seen in ‘Silverlight Manhattan’. This picture provided me with an opportunity to express an almost incomprehensible vastness, not only in construction and human ambition, but in the landscape and sky beyond. The idea had germinated after seeing a large work by Anselm Kiefer depicting a flight over San Paolo.

My painting's success lies on a knife edge as I kept heightening the tone until it reached a sort of sublime emotional pitch.

This is also the preoccupation behind my Grand Central Station paintings where the speed of light mixes with the speed of a large group of people in movement. All within the confines of an ideal architectural space. Travel has, of course, enabled me to visit places where the contrast between light and dark is far greater than in England. This interest in extreme opposites has fostered an interest in symbolism. Not an overt, obvious symbolism but an attempt at subtly alluding to the metaphysical power of eternal elements – darkness and light, good and evil, stillness and movement, chaos and order, life and death.

All these elements can be alluded to in the way an artist handles light. Whether it is in the squares and piazzas of France and Italy, or the nocturnal spaces of great cities, the quest and constant search for ever more powerful symbols and forms remains.

Ultimately the process of painting is what interests me, and what fuels this is light." Clive McCartney 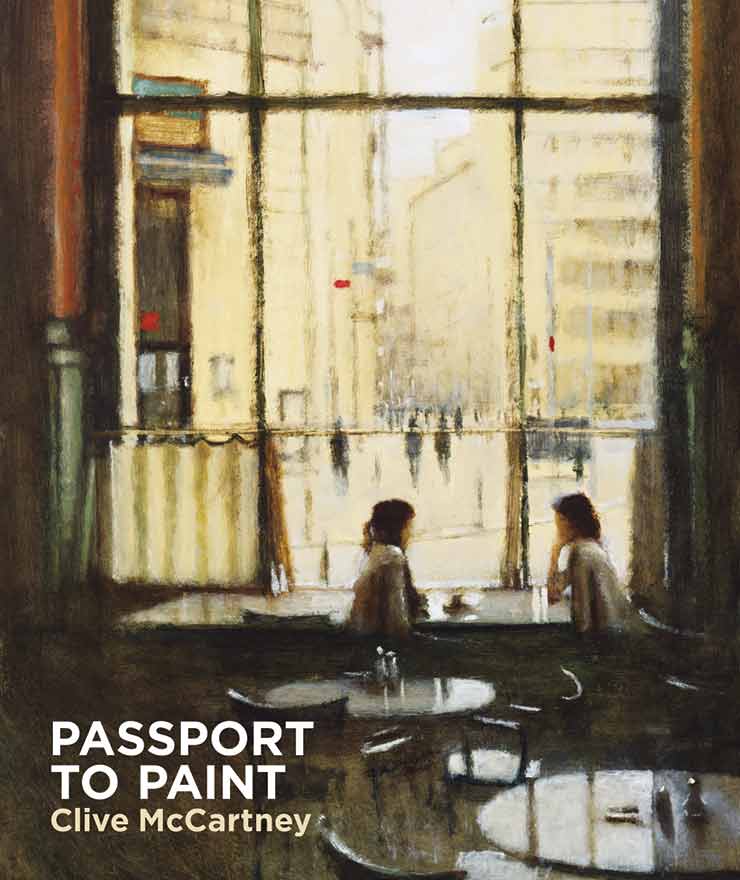 Beautifully bound 200 page hardback book chronicling the life and work of the artist. Introductions by Ken Howard and Peter Brown.

Signed copies available from the gallery during the course of the exhibition.

Keep up to date with Clive McCartney's work