Mark Edwards invites you back to The White Wood as he returns to The Catto Gallery with his exhibition showcasing the latest phase of his popular series.

For some of us this marks a return to The White Wood (Catto Gallery 2012), for Mark Edwards it is a place he has spent the last seven years exploring.

In this series the bold compositions, posed figures and recurring set of motifs of black crows, steam trains, empty buildings are at once enigmatic, ambiguous and even darkly comic. The snow gets deeper.

The bowler-hatted gentlemen continue to ambiguously inhabit their strange environment. Now, in contrast to earlier works, they often stand in groups, not always alone.

Who are they? How did they get there? What is their business there?

The canvases too have developed as Edwards grows key pieces such as “Man Climbing A Tree” and “Walking Past” into diptychs and triptychs for the first time. The groups of canvases now physically echoing the groups of gentlemen that feature so prominently in the exhibition.

Following four sell-out exhibitions the series continues to draw admirers across the UK, Europe, Asia, Australia and North America. Edwards’ continued popularity stems from his ability to create contemplative studies of characters and repeat motifs, captured within the hauntingly mesmeric landscape of The White Wood. His paintings have a timeless quality, transcending us out of real life and place Edwards in a very British form of surrealism. 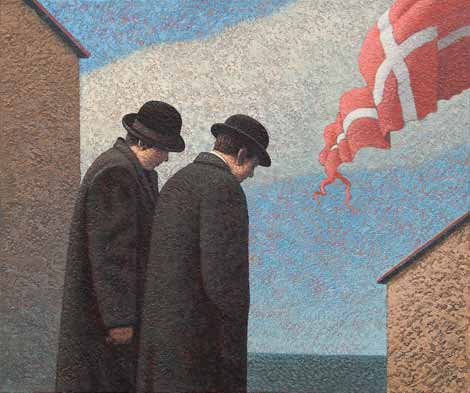 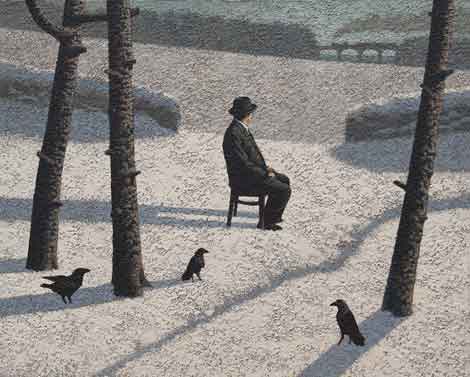 Sitting in the Garden

Sitting in the Garden 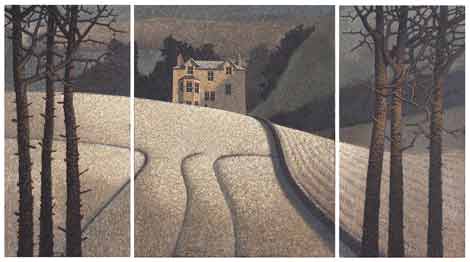 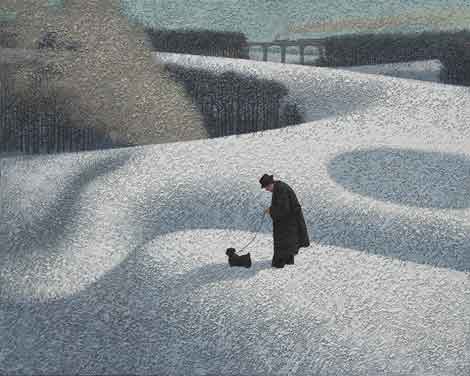 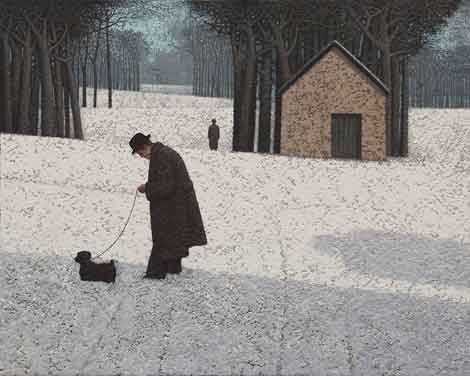 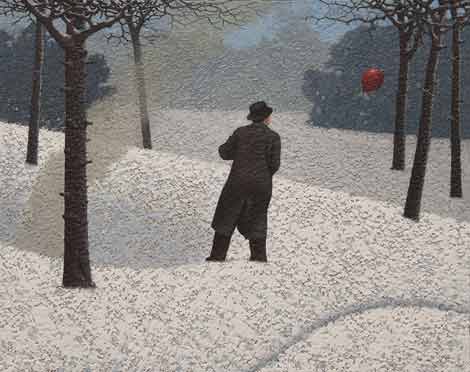 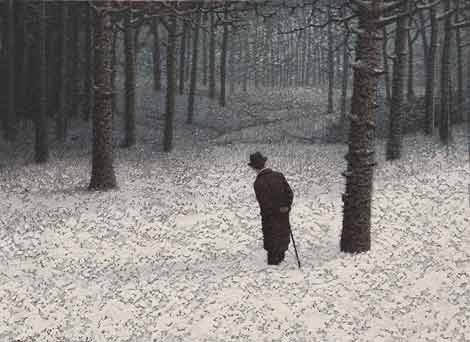 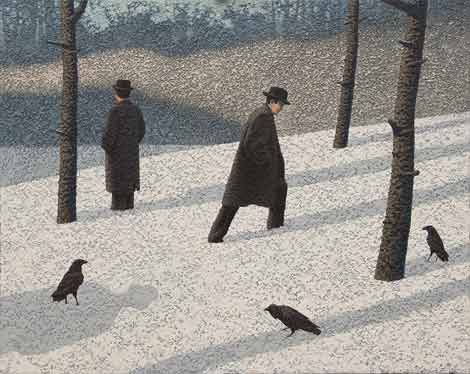 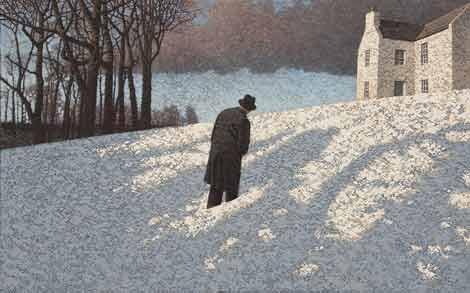