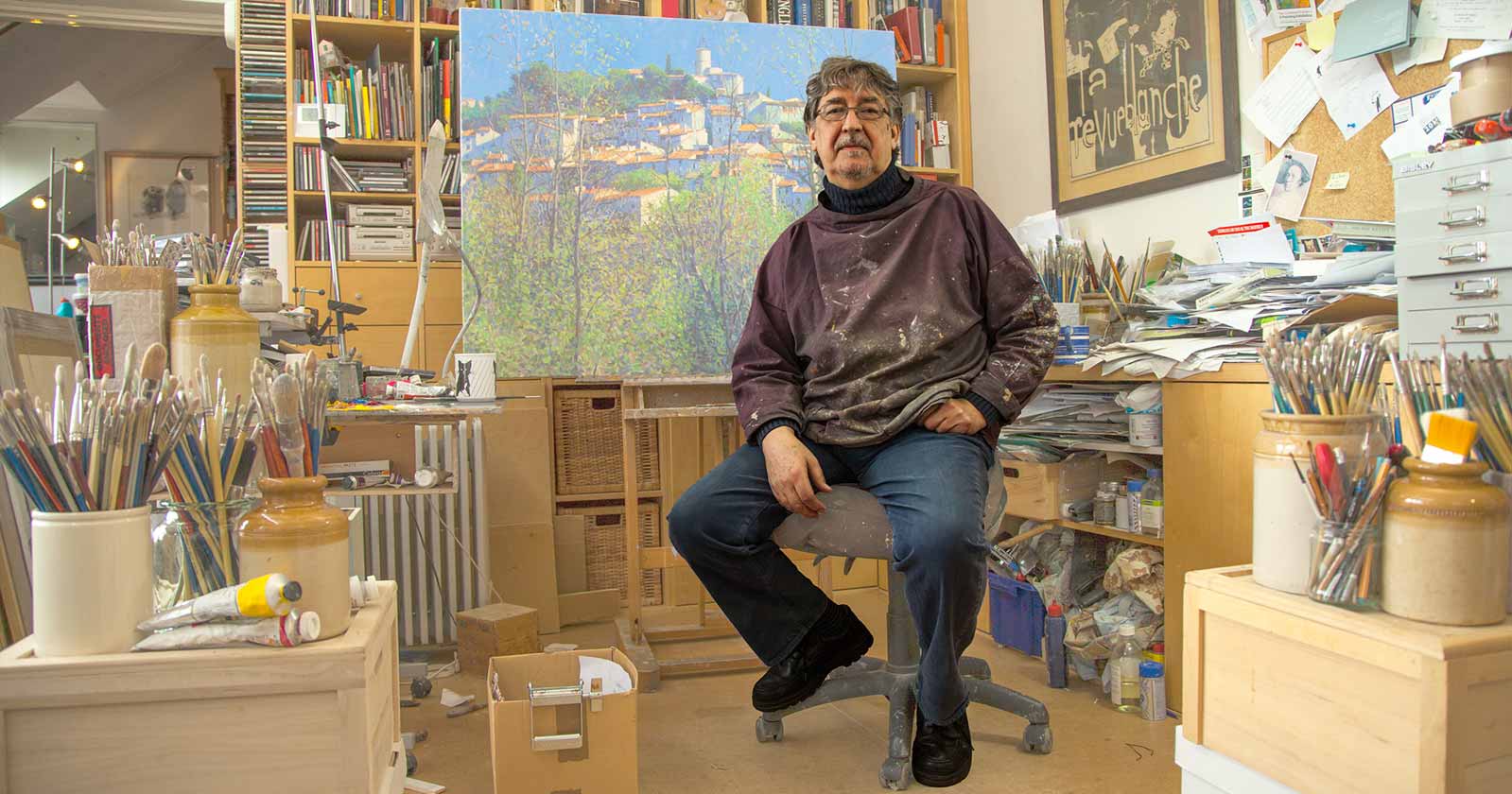 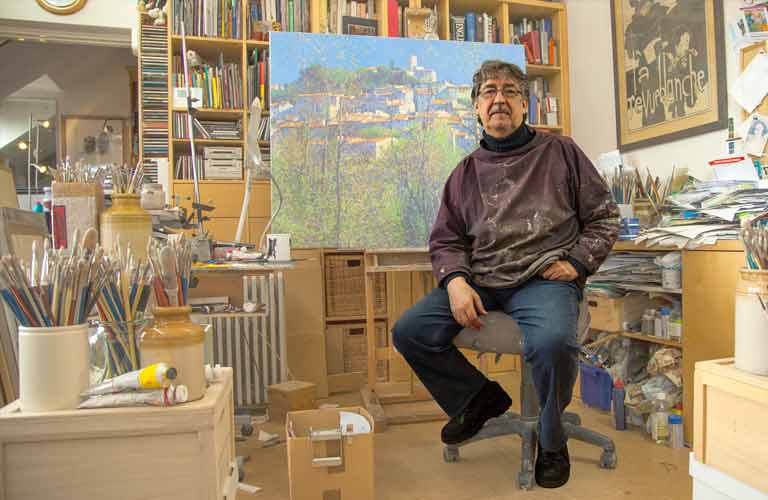 A modern master of landscape painting. Such is the utter joy of his work that wherever he takes you, it’s where you want to be. 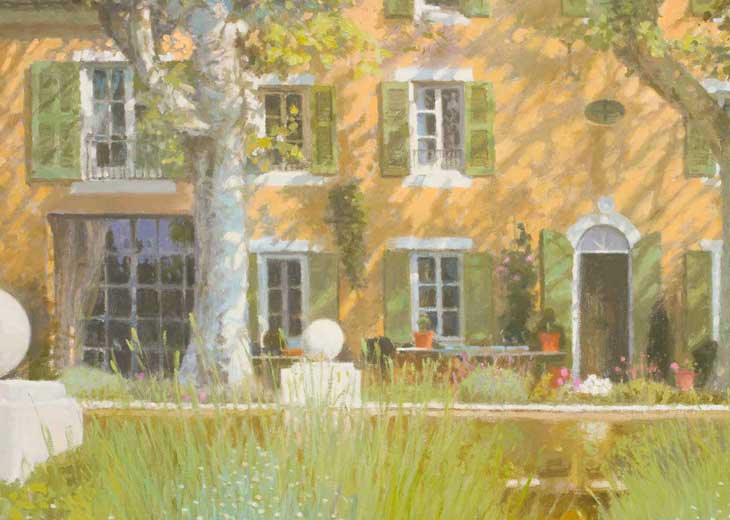 Nicholas Verrall is one of the world’s most in-demand impressionist painters. In the course of a celebrated career, he has dedicated himself to the tradition. 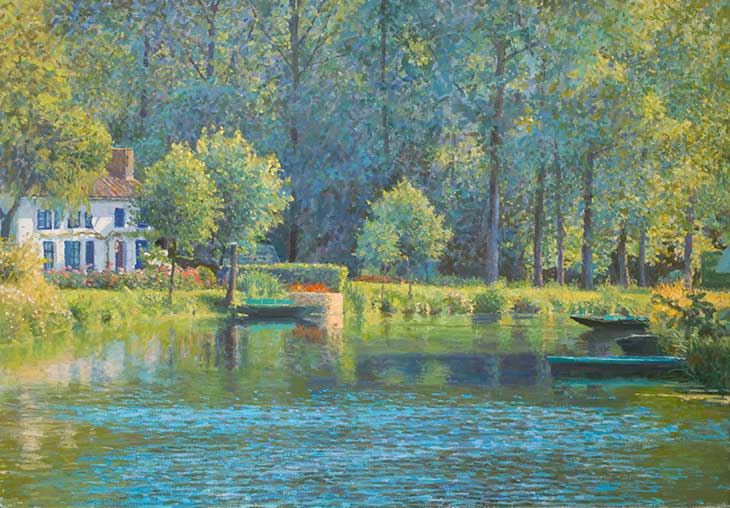 For most of his career, Nick has been associated with Catto Gallery. His first solo exhibition with us was in 1993 – and he has had sellout shows ever since. He is easily our most exhibited artist, and we’re privileged to showcase the work of one of the UK’s true greats. 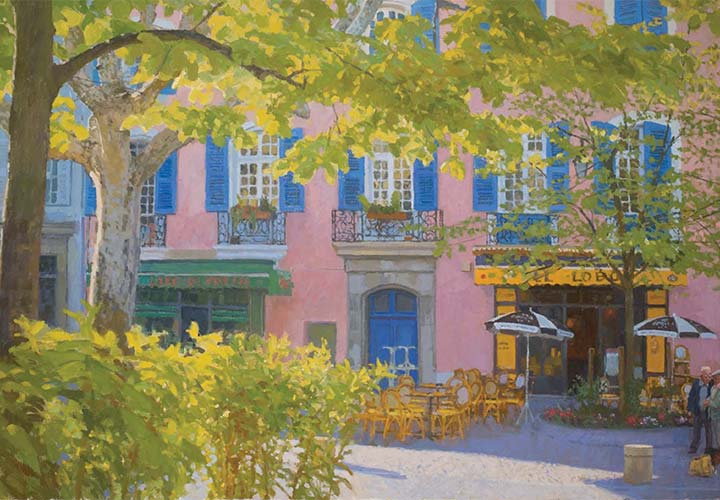 This is Nicholas Verrall's 11th show at the Catto Gallery. Nick travels to special corners of Europe and returns with paintings of heart-rending beauty. Collectors adore them.

Clearly, Nicholas took that advice to heart. It’s hard to conceive of an artist whose work is more lush and sensual than this modern master of landscape painting.

Such is the admiration – and demand – for Nicholas’s wonderful work that he’s back for his ninth exhibition with the Catto Gallery. And how appropriate that his new show comes just as nature is giving us hints of the summer to come. This is an artist whose paintings radiate with the heat of spring and summer. In the new collection, look at ‘Room with Spring Flowers’, ‘Grand Canal, June’ or ‘Luncheon in the Meadow’ and you’ll feel simply transported.

It’s easy to love paintings like this. Not just because we want to be in them (let’s face it, we’d all like to picnic forever in a Provencal field in June) but because their delicate beauty is simply a treat for the eyes. Only a supreme craftsman can achieve such sensuality in his work, and Nicholas delivers because of great natural talent allied to four decades as a professional painter.

He was born in 1945, and studied fine art and printing at the Northampton School of Art. A short period working in picture conservation and restoration followed before demand for his paintings saw Nicholas become a full time artist from 1970.  Success was virtually instant. His first one man show was held at the Upper Grosvenor Gallery in 1971, and it wasn’t long before Nicholas’s skill and talent was recognised by the Royal Academy inmultiple exhibitions. His work has also been hung regularly by the Royal Society of British Artists since 1978.

Nicholas’s work is equally well thought-of in the private sphere; He counts George Michael, the late Victoria Wood, Lesley Joseph, Gabby Roslin and others among his customers. And prints of his work have been sold by Ikea, WH Smith and the Art Group. Nicholas is even passing on his knowledge, having authored a book “Colour In Light And Oils” in 2008.

It’s good to pass it forward when you have looked back for inspiration. And Nicholas has talked a lot of his admiration for Bonnard, Matisse and Monet. He’s also mentioned Edouard Vuillard, perhaps taking from him a lesson in composition. Vuillard said: “A painting that is well composed is almost finished.” And it’s definitely the case that the beauty in Nicholas’s work emerges as much from the spatial harmony as the colour and texture.

Check out the almost mathematical precision of ‘Cordes sur Ciel in the Spring’ or ‘Sunset on San Margela Basin’ for perfect examples of how to compose a painting. Indeed sometimes, Nicholas lets the ‘grid’ in a painting prevail over the colour, as in ‘Widecombe in the Moor, Winter’ – a chilly but poetic network of intersecting lines.

Nicholas’s work will transport you from Norfolk to Prague via Venice and Provence. But such is the utter joy of his work that wherever he takes you, it’s where you want to be.

Nicholas’s work emerges as much from the spatial harmony as the colour and texture". Imogen Green Director Catto Gallery