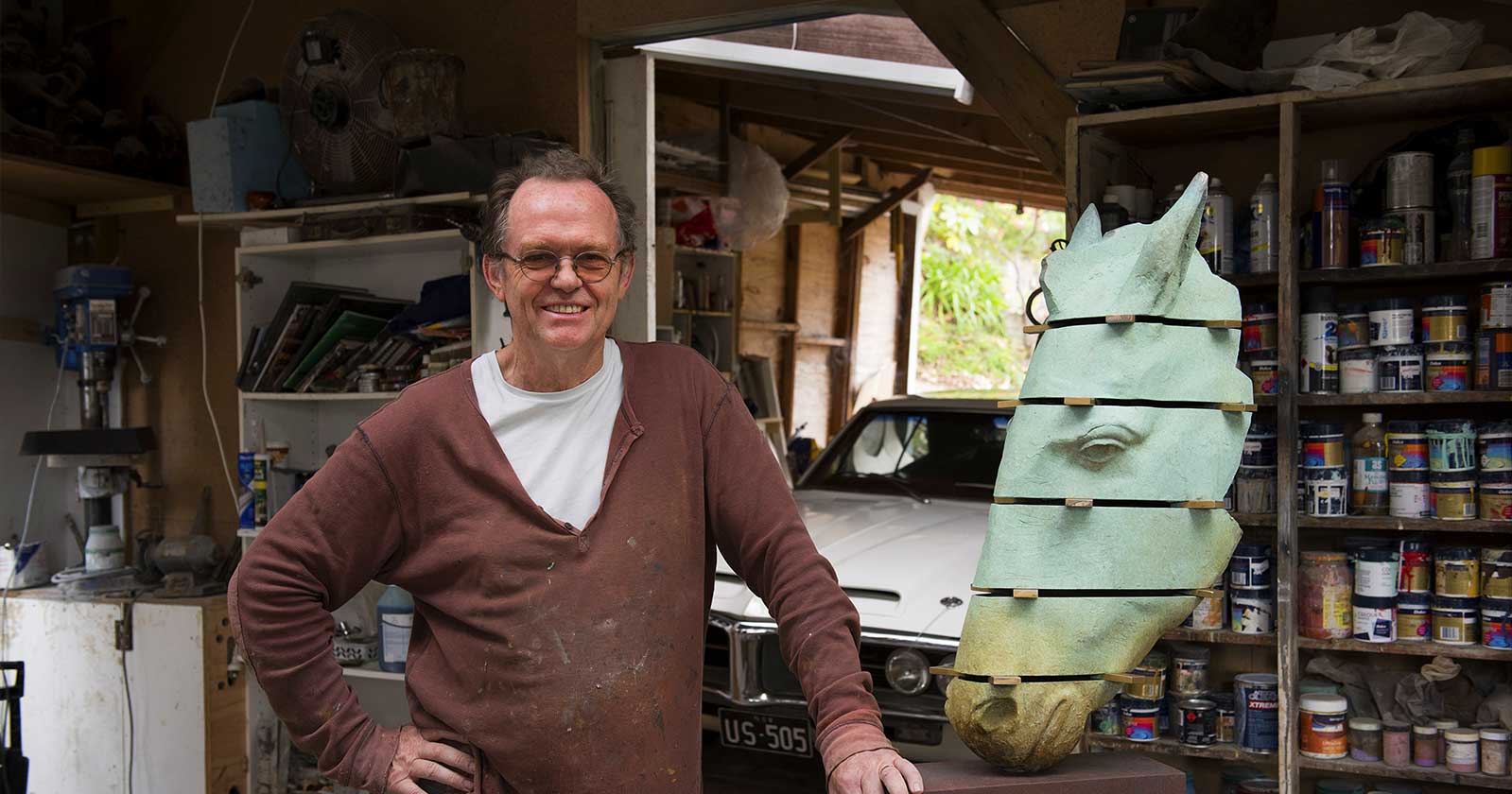 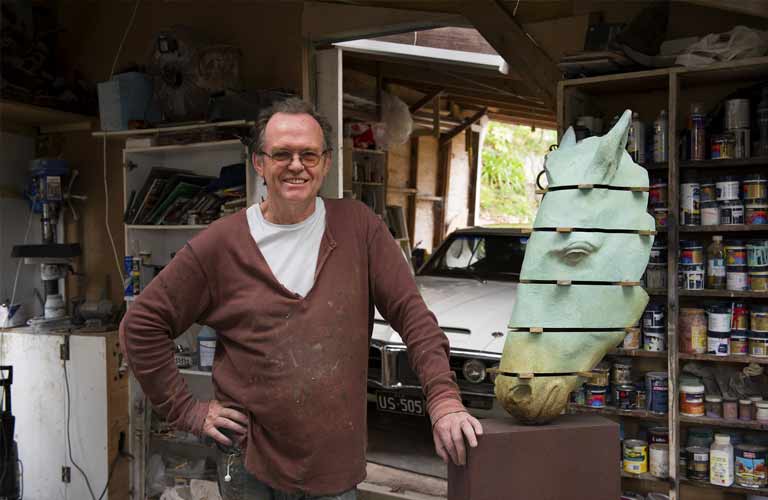 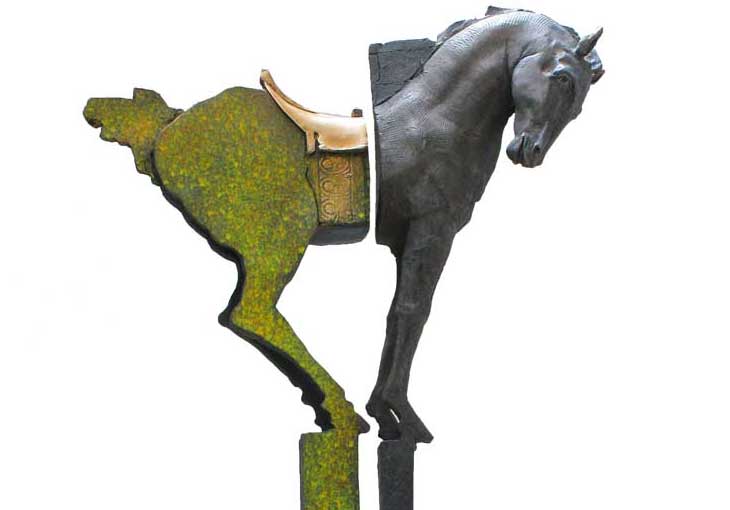 Stephen Glassborow’s sculptures may have roots in the classical tradition but there is nothing traditional about these contemporary bronzes.

Stephen Glassborow is a classical sculptor with a twist. His work projects the anatomical rigour of the Renaissance tradition, but Stephen adds arresting compositions and jarring colour to the mix to ensure a modern flavour. He frequently dissects the work, creating segments that define the sculptural qualities of the piece and that also serve to abstract the image. He says: “When I first started exhibiting, they would tell me I was a classical sculptor. It irked me, and so I found myself trying to put a quirk or a twist into the figure. I looked for ways to make the figure have a contemporary relationship.”

Stephen was born in Hammersmith and studied painting in Newcastle and sculpture at Brighton College of Art before moving to Australia in the early 1980s. While studying, Stephen developed a fascination for the more physical demands of sculpture. By the time he arrived down under, he was committed to it. His chosen medium was clay; his chosen subject the human form.

Stephen began making ceramic art deco lamps and selling them from his shop in Blackrock. Eventually, Stephen took a leap and became a full time artist working in bronze. He has had great success across Asia Pacific, the US and the UK, and has held over 70 one man shows. He is also in demand for public work. Today, his pieces can be seen in Bangkok, Kuala Lumpur, Singapore, Hong Kong, Macao, Shanghai and Seoul. He has two winged sculptures on display outside the Sheraton on the Park Hotel in Sydney.

Keep up to date with Stephen Glassborow's work