In June 2010 the Catto curated its first exhibition featuring paintings by Alan Parry. It was a dream debut. Visitors were entranced by the artist’s irresistible visions of the English countryside in full bloom – and intrigued by the subtle suggestions of darkness buried inside them.

That debut, and his subsequent three solo shows have established Alan’s reputation, and placed him firmly in a long tradition of English ruralists. It’s a lineage he’s well aware of. For example Alan is a particular admirer of the Victorian painter Samuel Palmer. It’s easy to see why.

Palmer’s work is very English: church spires figure prominently, so do imposing oak trees and resting shepherds. The work is beautiful. But much of the action takes place at twilight, just at the point when darkness is about to descend.

Knowing Alan’s admiration for Palmer and his like is insightful. It gives us a deeper spin on his joyful works. In this new exhibition of paintings we can test our assumptions again.

Present and correct is the artist's trademark combination of floral magnificence and geometric precision. But there’s also that smidgen of disquiet. Everything is lovely in the garden most of the time. But then the moon comes out, and you can just make out an enigmatic figure with her back turned…

This is an allusion to The Red Chimney, an intriguing work from the show. It’s not the only one to demonstrate Alan’s uncanny way with, well, the uncanny. The Visit and Listening To The Silence convey a similar sense of mystery. And then there’s Rose Mannequin, featuring five females with limbs made of climbing rose petals.

For all their ambiguity, these remain sumptuous paintings that reveal Alan’s dreamy vision of England and her gardens. They sit alongside works such as Red Kite and Tulip Walk that rejoice in the sheer sensual pleasure of nature. One of the stand-outs in this group is Garden Party, with its dancing multi-coloured tulips and reddening late evening sky.

Unsurprisingly, perhaps, Alan is based in one of England’s garden counties: Worcestershire. From there, he travels the South West to find inspiration for his work. He bases his paintings on real locations, starting with photographs or sketches.

But Alan’s story didn’t start in the country. He studied art in London at the Willesden and Hornsey Art Colleges, and later became a freelance artist and illustrator for advertising agencies, magazines and books. He believes his commercial career gave him a strong work ethic. Even today he paints or sketches almost every day.

Perhaps the designer in Alan is what draws him to the formality of gardens over nature untamed. For all their loveliness, his works are skilfully arranged and very stylised. In Le Jardin Moderne, for example, Alan carefully includes topiarised hedges that couldn’t be more ‘unnatural’.

Though one could never define Alan as a surrealist, such paintings do recall some of the stranger work of Paul Nash – and serve as another reminder that Alan is part of longer story. He likes to think so. “I admire Nash’s work, and I have heard that comparison made. I do take inspiration from previous generations of English rural pointers and would like to think I am part of that tradition,” he says.

Overall, he feels his choice of career was pre-destined. And even after many decades, the practice of painting still gives him immense pleasure. “Art chose me from an early age,” he says. ”I had a passion for drawing and painting as a young child, and I’ve had tunnel vision ever since. Today, I don’t know what I would do if I couldn’t paint. It’s like breathing to me.” 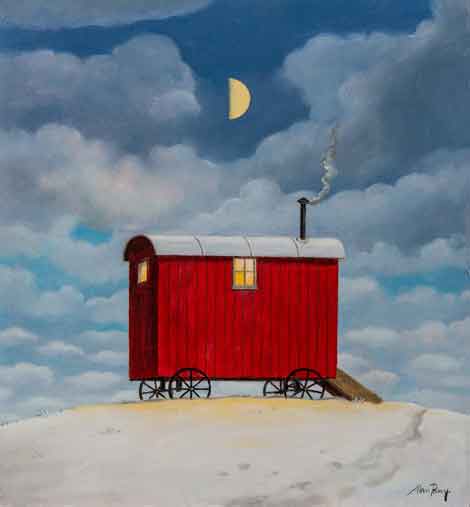 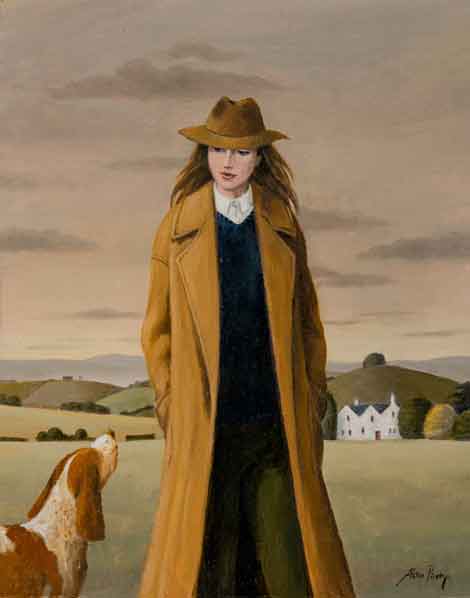 One Woman and Her Dog

One Woman and Her Dog 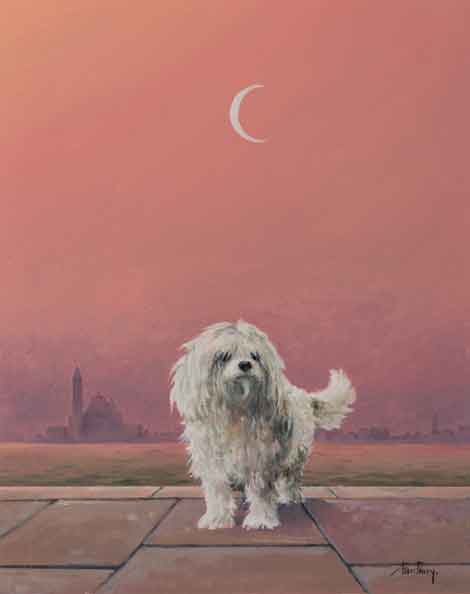 A Bolognese in Venice

A Bolognese in Venice 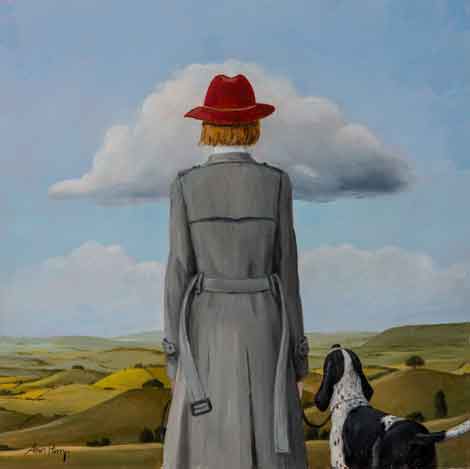 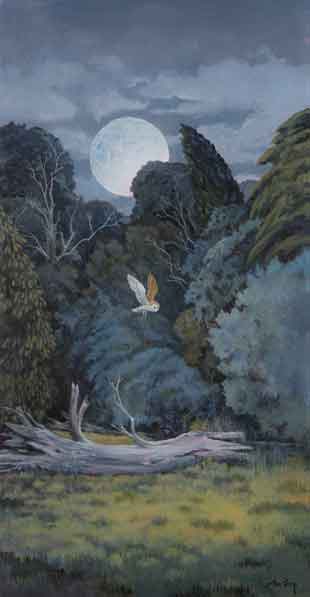 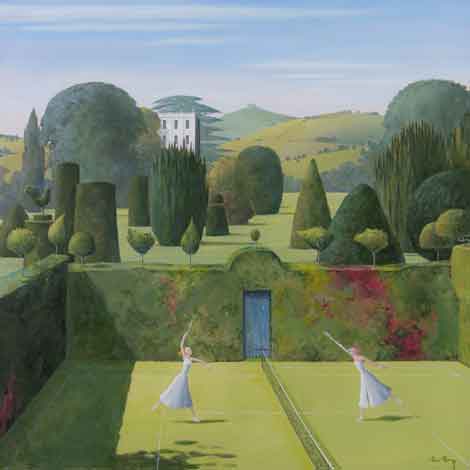 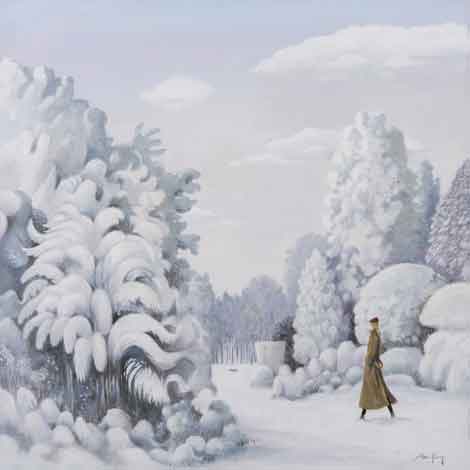 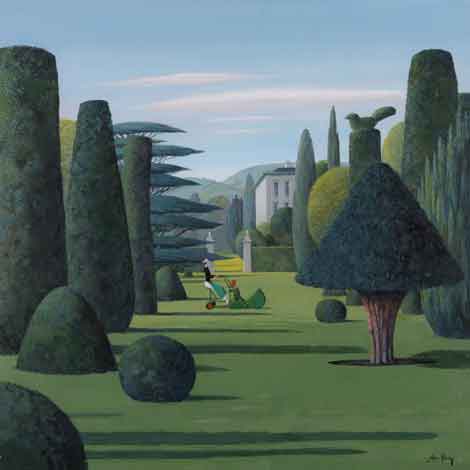 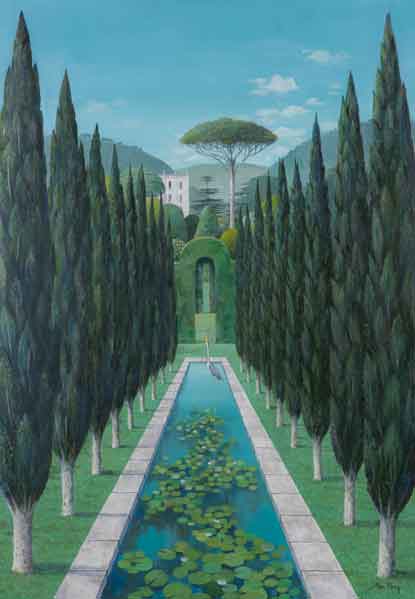 Keep up to date with Alan Parry's work