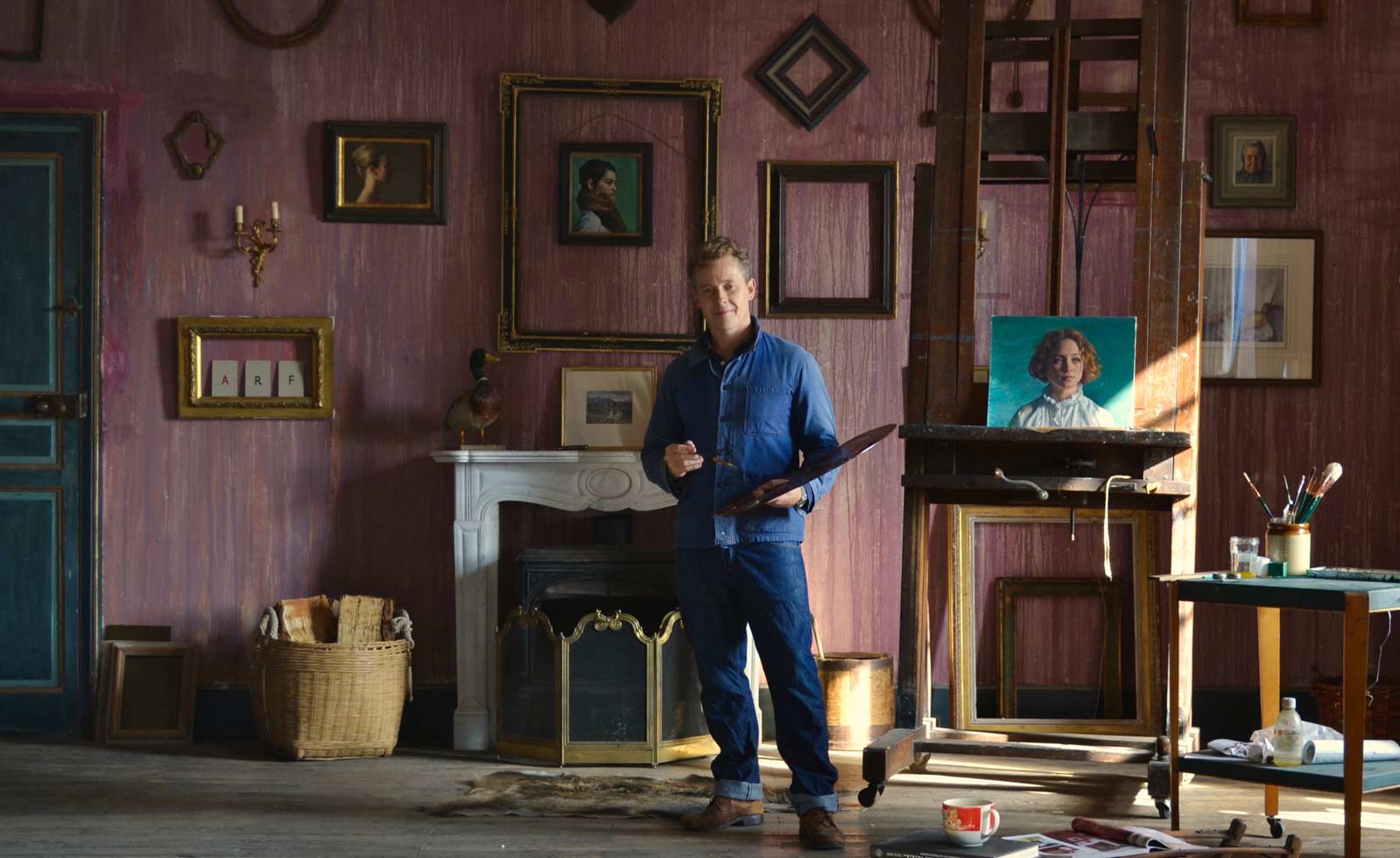 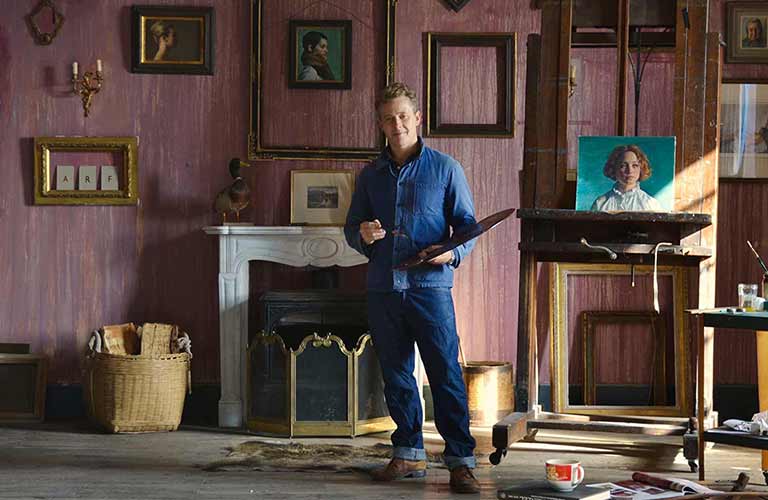 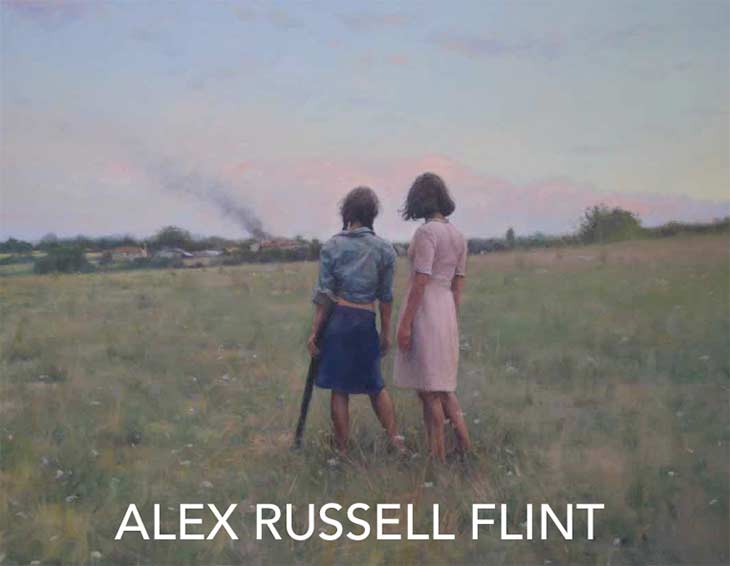 Alex’s classical technique and his ability to build a powerful narrative into his painting has made him one of the world’s most sought-after young artists. We are excited about showing Alex's second exhibition at the gallery. 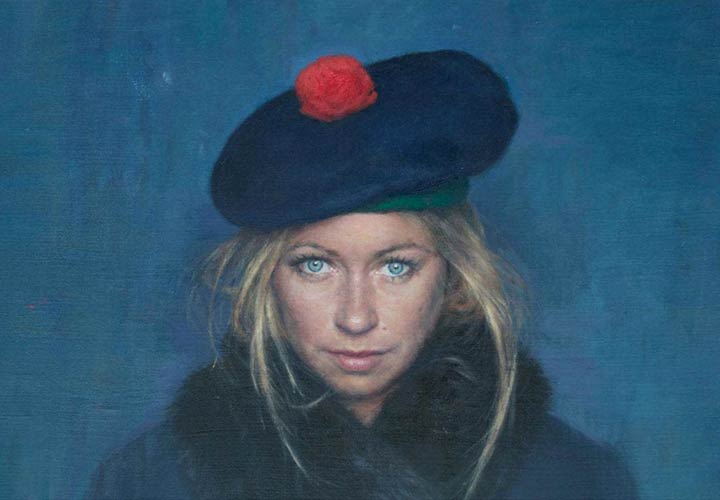 A beautiful woman sits by an open window. In the distance are verdant trees and a clear blue sky. The woman is reading a book, and the light is dancing delicately across her bare legs. She’s holding a gun.

This is Waiting, one of the paintings in Alex Russell Flint’s sublime second Catto show. It says everything about the artist. It’s a timeless composition, rendered in flawless technique. And yet this delicate interior comes with a jarring modern twist that makes it unmistakably contemporary. The same twist that puts a woman on a toboggan at the top of a staircase (the Tobogganist) and mounts another on a rocking horse, pistol in hand (Outlaw).

But it was a different artist - American Ted Jacobs - who had the most profound impact on Alex’s development. Shortly after leaving school, Alex happened across a postcard of one of Jacob's paintings, and promptly enrolled in the artist's eight-month art school programme at the Ecole Albert Defois in France. There, he learned all about Jacobs’ philosophy of ‘restructured realism’. “Ted's rigorous training opened my eyes to observing what was around and in front of me, and what a colourful world it is,” he says.

It also gifted him a love of France. Today, Alex divides his time between London and his second home in l'Ancienne École, in Argenton-Chateau. He has transformed this once derelict old schoolhouse, filling it with objects he rescues from junk stores and boot-fairs. It now serves as the backdrop for many of his paintings.

Thus, an old schoolhouse turns into a moody – faintly sinister – context for the transgressive glamour of Alex’s sexy paintings. Alex says: “It's a lifelong project and will, I suspect, be my masterpiece. So much screams out to be painted.”