Jean-Luc Godard famously said all you need to make a movie is “a girl and a gun.” The two elements make for a pretty powerful painting too. This much is clear from a glance at Alex Russell Flint’s second show at the Catto.

One work features two women standing in a field, rifle in hand, staring at a burning building in the distance. What have this duo done? What’s with the smoke? There may be clues in another painting for the show, in which one of the women is seen frantically digging. Beside her is something (someone?) wrapped in a sheet.

These are compelling paintings, full of suggestion and menace. It’s intentional. ‘I’m drawn to the tension created by combining beauty with an element of danger,’ says Alex.

But they are also aesthetically beautiful. They take place at that special time of day, the hour just before sunset when the low sun gives everything a golden sheen. In this, they recall the glowing prairies of another great film director, Terrence Malick.

Alex’s classical technique and his ability to build a powerful narrative into his painting has made him one of the world’s most sought-after young artists. His has held solo, joint and group shows in London, Ireland and the US, and has seen his artwork used for the front cover of Donna Tartt's novel ’The Secret History’. He is also in demand as a portrait artist. His most recent commission was to paint Field Marshall the Lord Walker for the Royal Anglian Regiment.

Today, Alex works at studios in London and his second home in France: l'Ancienne École, in Poitou-Charentes. He first arrived in France shortly after leaving school. He had seen a postcard of a painting by the Amercian Ted Seth Jacobs, and promptly enrolled in the artist's eight-month art school programme at the Ecole Albert Defois.

It was a formative experience. Alex absorbed Jacobs’ philosophy of ‘restructured realism’, which informs his work to this day. “Ted's rigorous training opened my eyes to observing what was around and in front of me, and what a colourful world it is,” he says.

Many of Alex’s works are staged in his old schoolhouse filled with interesting and quirky objects.  He finds that this miscellany, along with the memories embedded inside the centuries-old building, inspires him. Especially in winter when, “rooms that echoed with laughter and voices and the drama of life are all of a sudden stilled and silent. I like it.”

It provides the perfect context for the mystery and glamour of Alex’s immensely seductive paintings. 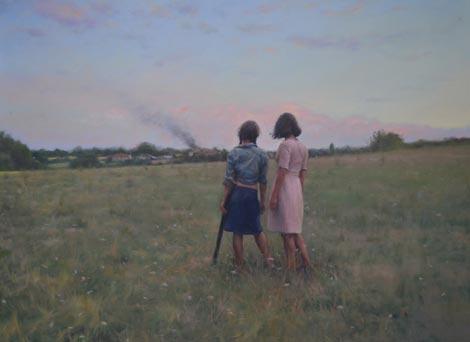 As We Forgive Those

As We Forgive Those 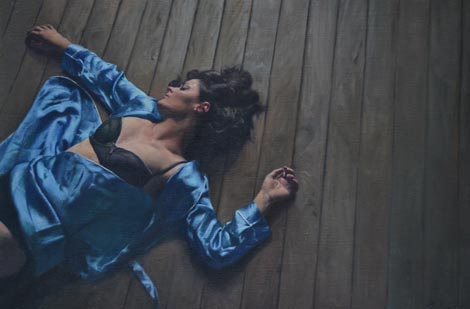 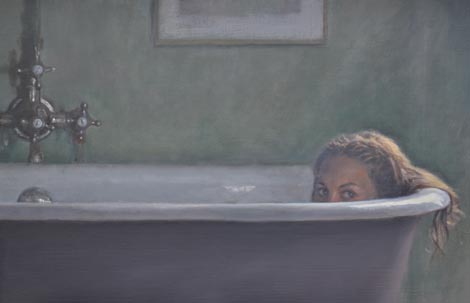 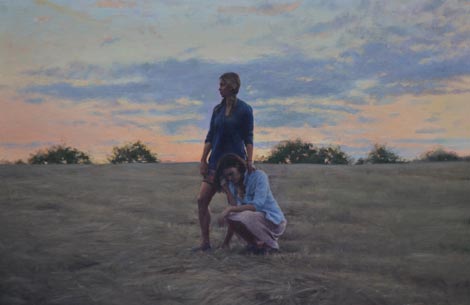 Forgive us our Trespasses

Forgive us our Trespasses 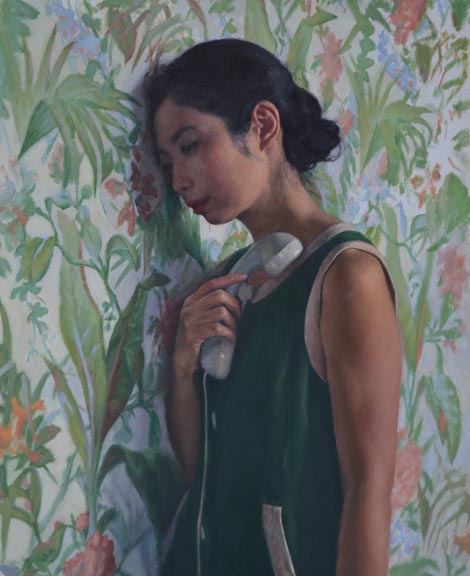 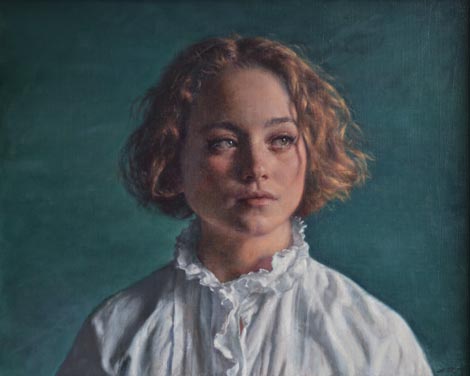 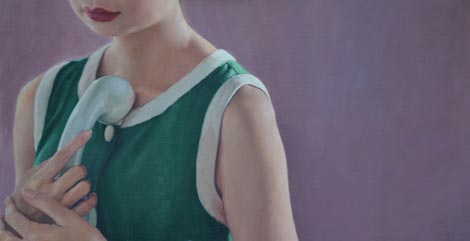