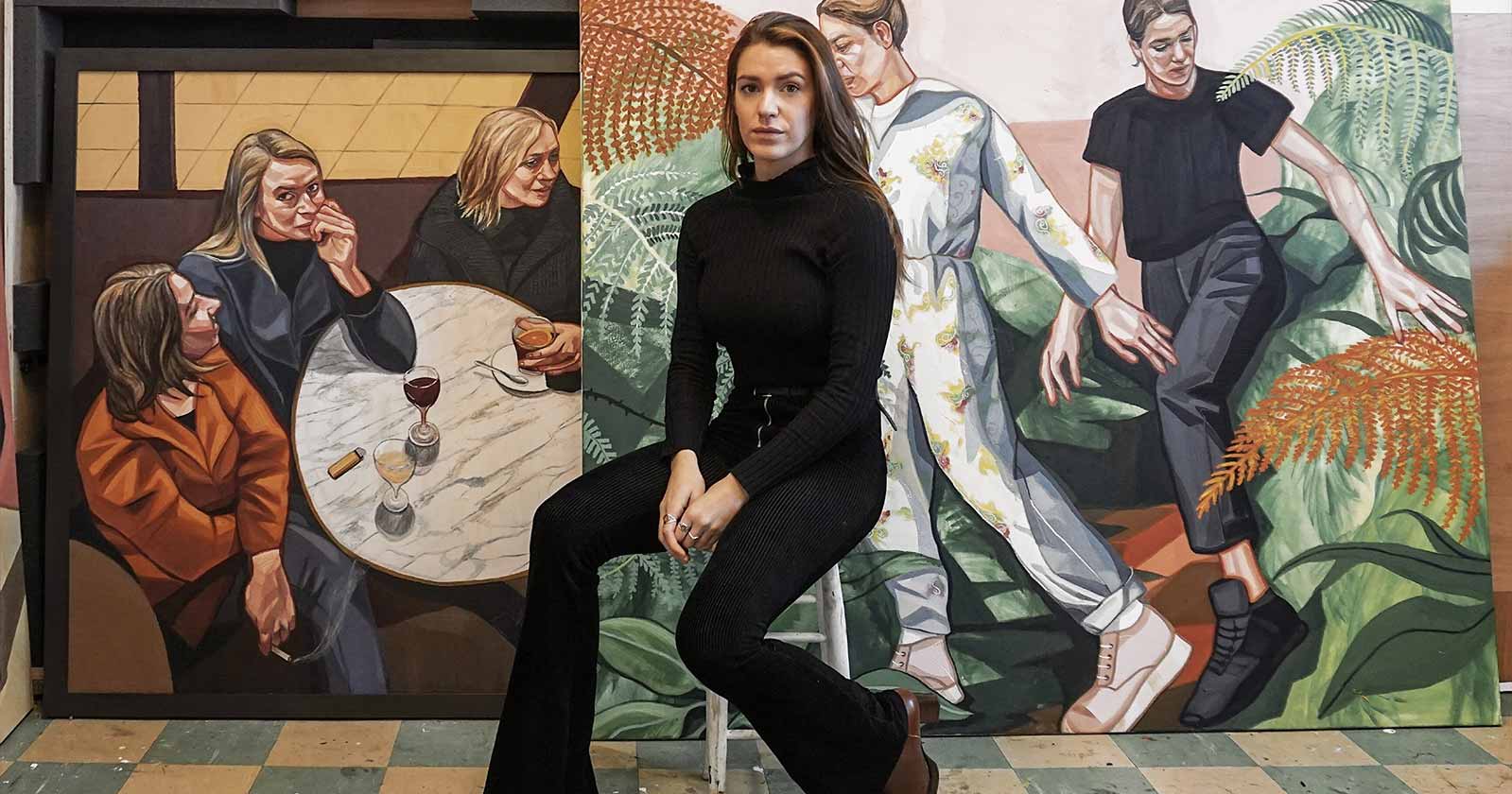 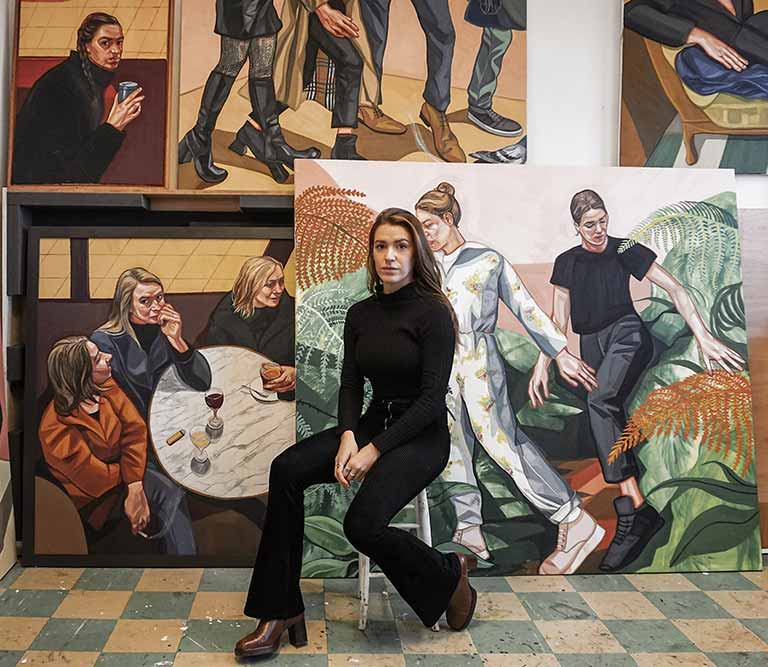 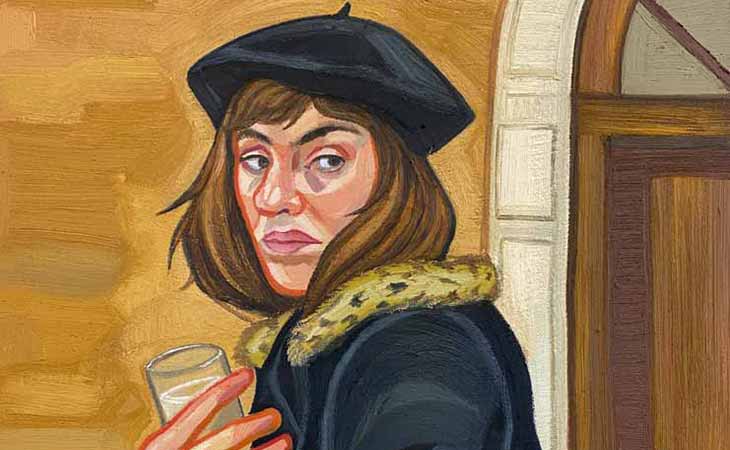 Ania Hobson is one of the hottest properties in the UK art scene. In 2019, Elle magazine profiled her as one of the UK’s rising Instagram British Artists or IBAs (recognising her popularity on the photo sharing site). Later she was selected to exhibit at the Venice Biennale (as part of the GAA Foundation’s Personal Structures show). We are delighted to host Ania’s first major solo London exhibition.

In 2019, Elle magazine profiled Ania Hobson as one of the UK's rising Instagram's British Artists or IBAs. The article highlighted Ania's popularity on the photo sharing platform, and explained how artists are using social media to reach a wide audience.

But here's the irony. Ania's rise to the front rank of British artists to watch started not on Instagram, but in the most analogue setting of all: the National Portrait Gallery. Why? Because in 2018, Ania had her work 'A Portrait of two Female Painters' accepted for the 2018 BP Portrait Award show. Shortly before the event started, the judges awarded Ania the prize for Best Young Artist.

The resultant publicity changed everything for Ania. She received a huge amount of media attention – not least from Elle – and was selected to exhibit at the Venice Biennale (as part of the GAA Foundation's Personal Structures show).

Today, Ania's imposing portraiture continues to gather fans and collectors all over the world: in Italy, Holland, Germany, Canada and the USA. The work is instantly recognisable. Her subjects are typically very relaxed, slouching even. And Ania frequently paints them from unusual viewpoints – either very high or low – which gives them an elongated and often monumental quality. This is very much the case in the prize winning A Portrait of two Female Painters, which depicts Ania and her artist sister-in-law Stevie Dix.

The work also has a narrative quality, as if the sitters are engaged in mini psychodramas. This is something Ania admits she plans carefully. "I like to curate my paintings," she says. "It’s sort of like acting. I tell my subjects my idea and I get them to act out the scene – even down to the expressions I want them to portray."

Then there are the clothes. Ania's work usually comprises very deliberate sartorial choices: outside overcoats, Doc Martens, Burberry check, platform boots. "I love involving fashion in my paintings," she says. "It's contemporary. It's modern. I often say to my models: do you mind wearing this coat or these boots? David Hockney does the same thing in his portraits. Chloe Wise too. It's really appealing to our generation."

Interestingly Ania wasn't always a portrait painter. She grew up in Suffolk, and graduated from the county's university in 2011. She later studied at the Princes Drawing School in London and the Florence Academy Of Art. Thanks to her rural surroundings, Ania initially focused on wildlife and landscape painting – with some success. Her work was featured by the Society of Wildlife Painters exhibition at the Mall Galleries in London. However, she switched to portraiture after a brief period of 'painter's block' in 2017.

"I couldn't find a way through it," she recalls. "So I took a long break, came back and tried a few things. I did a self-portrait and I found it was the first painting I was really happy with. That painting was a big turning point for me."

It certainly was. Ania had the self-portrait accepted for the 2017 BP Portrait Award. A year later, of course, she returned and won the best young artist prize.

Today, Ania still lives in Suffolk. She works in an artist's studio called Asylum, which is located in a former Royal Air Force station. From there, she continues to refine her portraiture. It's the most tranquil of settings, but the noise around Ania Hobson is growing.