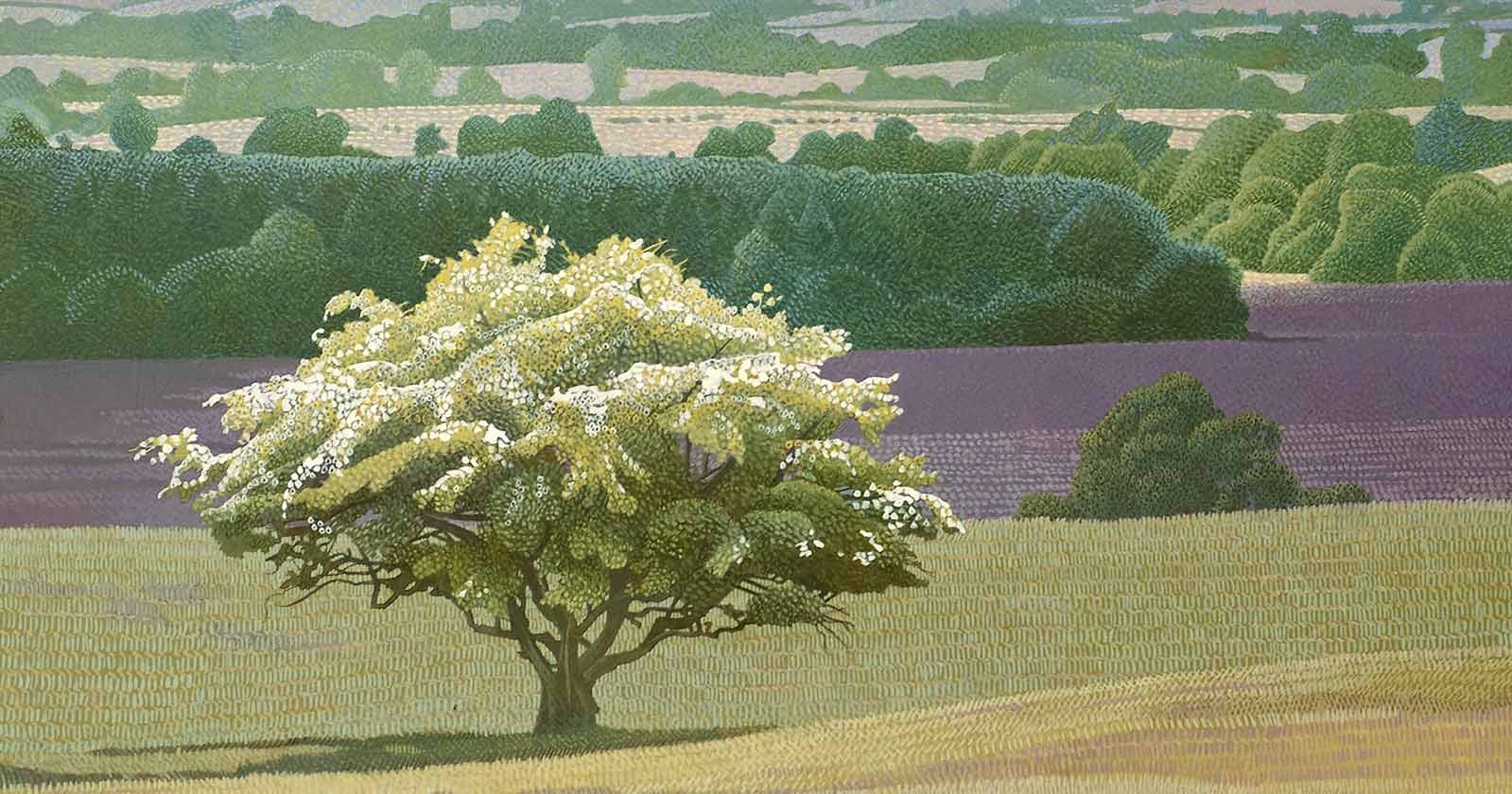 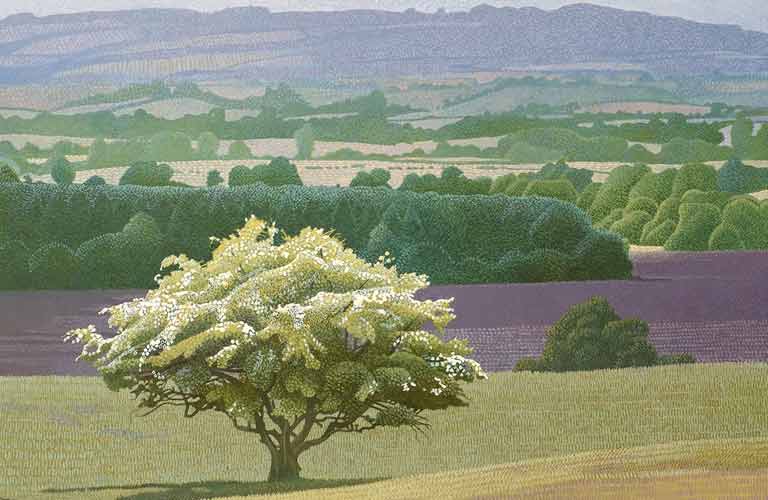 Annie Ovenden’s name is carved into the history of English 20th and 21st century painting thanks to her membership of the hugely influential and much loved Brotherhood of Ruralists. 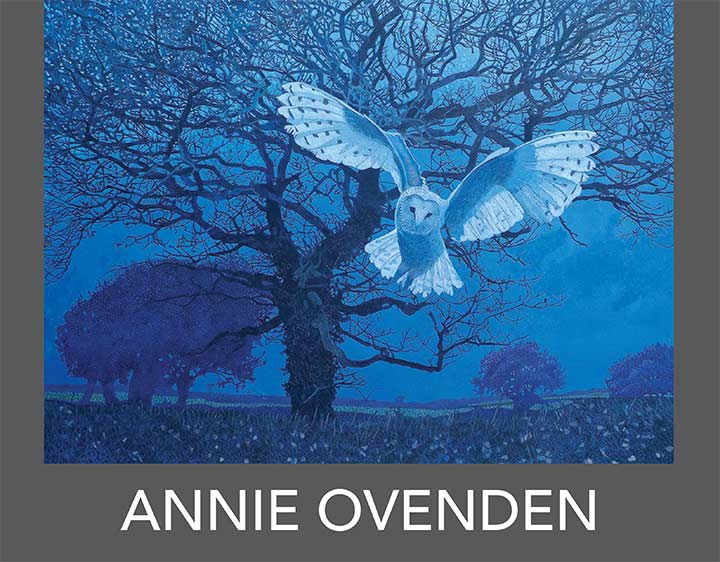 Annie’s work manages to convey the beauty of the landscape while facing its harshness head on. She reveals this balancing act in her new show for the Catto... It’s a wonderful collection by one of England’s most important living painters. 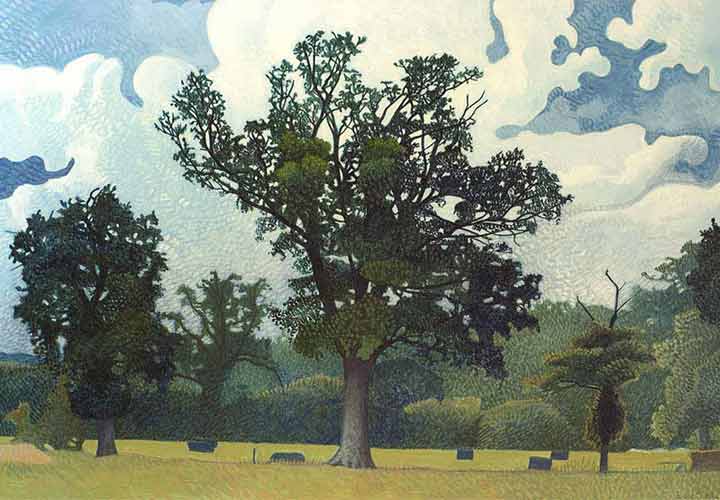 Annie Ovenden's gift has always been to pinpoint precisely the feelings she has received from the sight in the landscape and then convey it with deceptive directness and simplicity.

Annie Ovenden was privately educated at The Royal Wanstead School and from there, in 1961 went on to study at High Wycombe School of Art, gaining NDD in Book Illustration and Graphic Design in 1965. She worked as a graphic designer and painter in London for several years before moving to Cornwall in 1973.

In 1975 Sir Peter Blake asked her to join a group of seven like-minded artists, the group was subsequently called The Brotherhood of Ruralists. The Ruralist’s first public showing as a unified entity took place at the Royal Academy in 1976 followed by the Bath Festival in 1977. From these showings until 2007 the Ruralists maintained a vigorous exhibition program.

In 1981 a major exhibition of work by the Ruralists - presented, not so much as a retrospective, but more as a report on work-in-progress, was organised by The Arnolfini, Bristol and The Camden Arts Centre, London. Funded by The Arts Council of Great Britain, the exhibition included visits to Birmingham City Museum and The Third Eye, Glasgow. The Ruralists final show together was at Horsham Museum in 2007. In 2008, a major touring exhibition was organised by Southampton University on the English Pastoral Tradition subtitled From Samuel Palmer to the Ruralists.

Annie Ovenden taught for seventeen years for North Cornwall’s Adult Education Service. She has had many solo exhibitions and was an honorary member of the South West Academy of Fine and Applied Arts. She is a member of The St. Ives Society of Artists and has recently been asked to join The Arborealists. She has designed theatre sets and props. For four years she worked with London’s Hampstead Garden Opera creating sets for The Magic Flute, Hansel and Gretel, La Traviata and Martha.

Despite Channel 4’s repeated showings of a film about her Village Portrait Project she is probably best known for her tree studies and paintings depicting the landscape of Cornwall where she lives. Her work is in many private collections worldwide and appears in various publications.

Annie Ovenden has a very different take on the landscape... she has over the years matured into a painter of huge technical assurance and enormous character."