The Brotherhood of Ruralists is rightly regarded as one of the most important English art movements of the 20th century. But there is a slight problem with the name: the brotherhood had three sisters in it. Annie Ovenden, along with Ann Arnold and Jann Haworth, was a founder member of the group, which formed in 1975 and went public in the Peter Blake 'room' at the Royal Academy's 1976 Summer Exhibition.

Annie was part of a movement that reacted against the establishment art of the time – conceptualism, austere abstraction – by turning back towards the romantic English landscape tradition. And what a rich seam it was/is. Whether myth or reality, this bucolic longing resides deep inside the English psyche. Indeed, it travels across the centuries from Constable to Millais to Hockney.

Peter Blake said of the Brotherhood: “We formed in opposition to the scholarly nature of contemporary art, which believed that paintings were only valid if they addressed social questions. Our aims are the continuation of a certain kind of English painting… to paint about love, beauty, joy, sentiment and magic.”

Blake invited Annie to join the Brotherhood shortly after she had re-located to Cornwall. Annie was born in Amersham and studied at High Wycombe School of Art, before working as a graphic designer and painter in London in the sixties. However, the move west had fired her creative imagination, and her interest in landscape painting.

While her membership of the Ruralists brought Annie fame, she always maintained a career independent of the group. She has had numerous solo shows and also helped establish the South West Academy of Fine and Applied Arts. She also assisted London's Hampstead Garden Opera with sets for their Magic Flute, Hansel and Gretel, La Traviata and Martha performances.

More recently, Annie has become part of a loose collection of tree-inspired artists named The Arborealists. The group grew out of a single exhibition held in 2013 at the St. Barbe Museum & Art Gallery. It was such a success that many more shows followed.

And there was even a book – Arborealists: Art Of The Tree – which profiled the work of Annie among 37 other painters.

It’s true to say that Annie Ovenden is now a major figure in the English landscape story. Four decades after arriving on the scene, she is still creating dramatic work that excavates the many treasures of the English outdoors: its trees, wildlife, seasons and skies.

Annie’s work manages to convey the beauty of the landscape while facing its harshness head on. She reveals this balancing act in her new show for the Catto. Oak At Lerryn is a fine example, with hawks circling the trees’ expressively storm-damaged limbs.

Other works - Summer Time, Maggies Mallows - offer up a more purely romantic vision of the landscape. It’s a wonderful collection by one of England’s most important living painters. 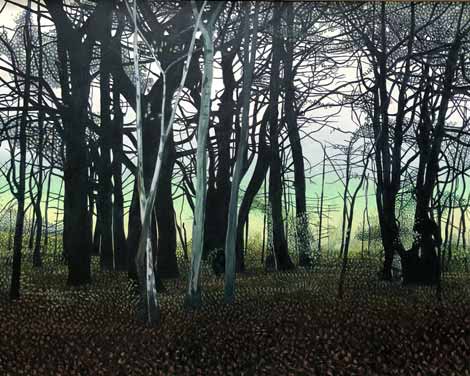 The Way Through the Woods

The Way Through the Woods 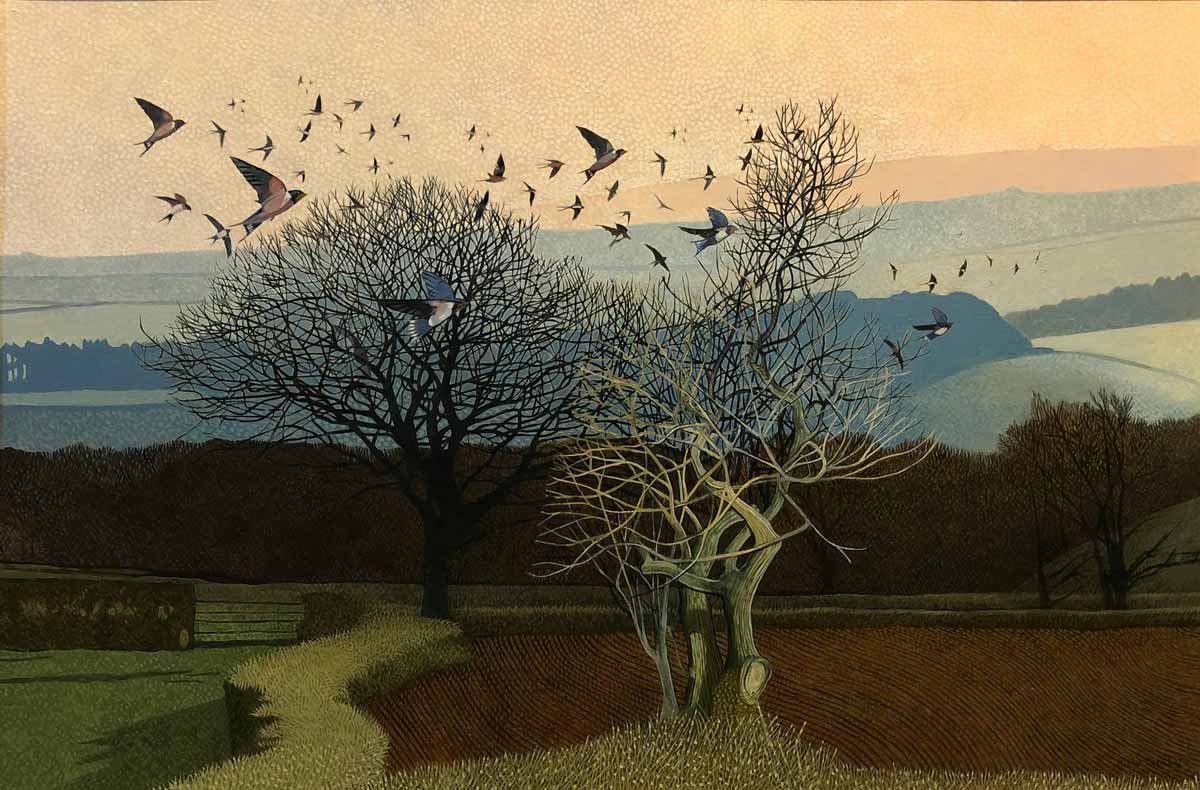 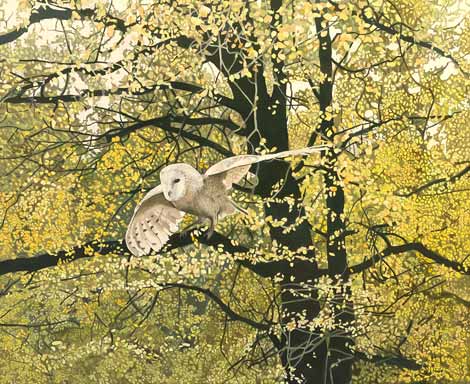 Owl Amongst the Trees

Owl Amongst the Trees 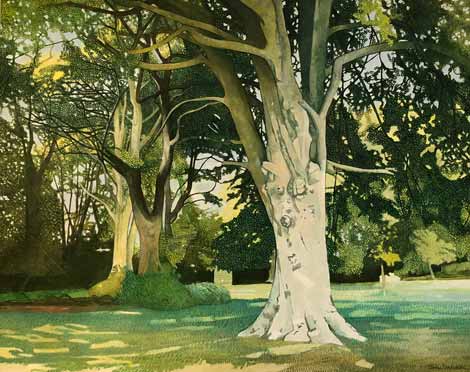 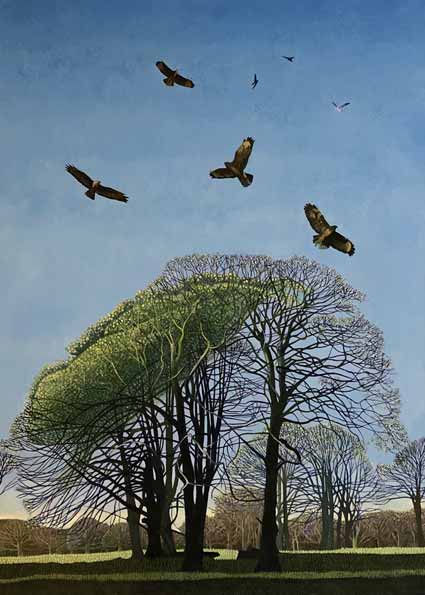 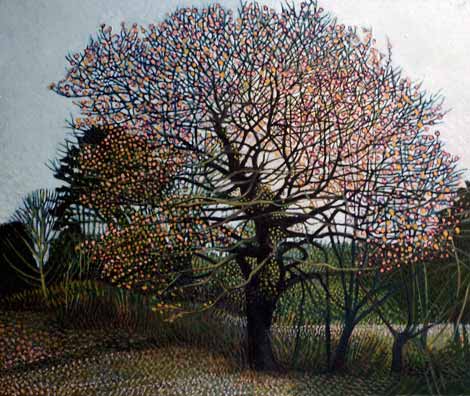 Beside the Camel Trail

Beside the Camel Trail 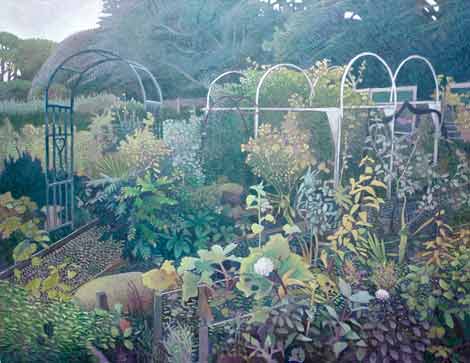 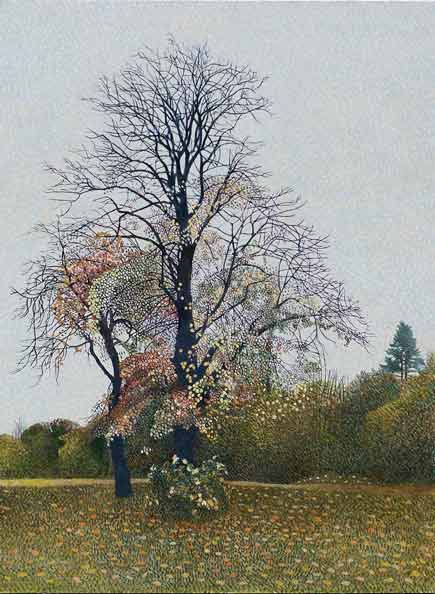