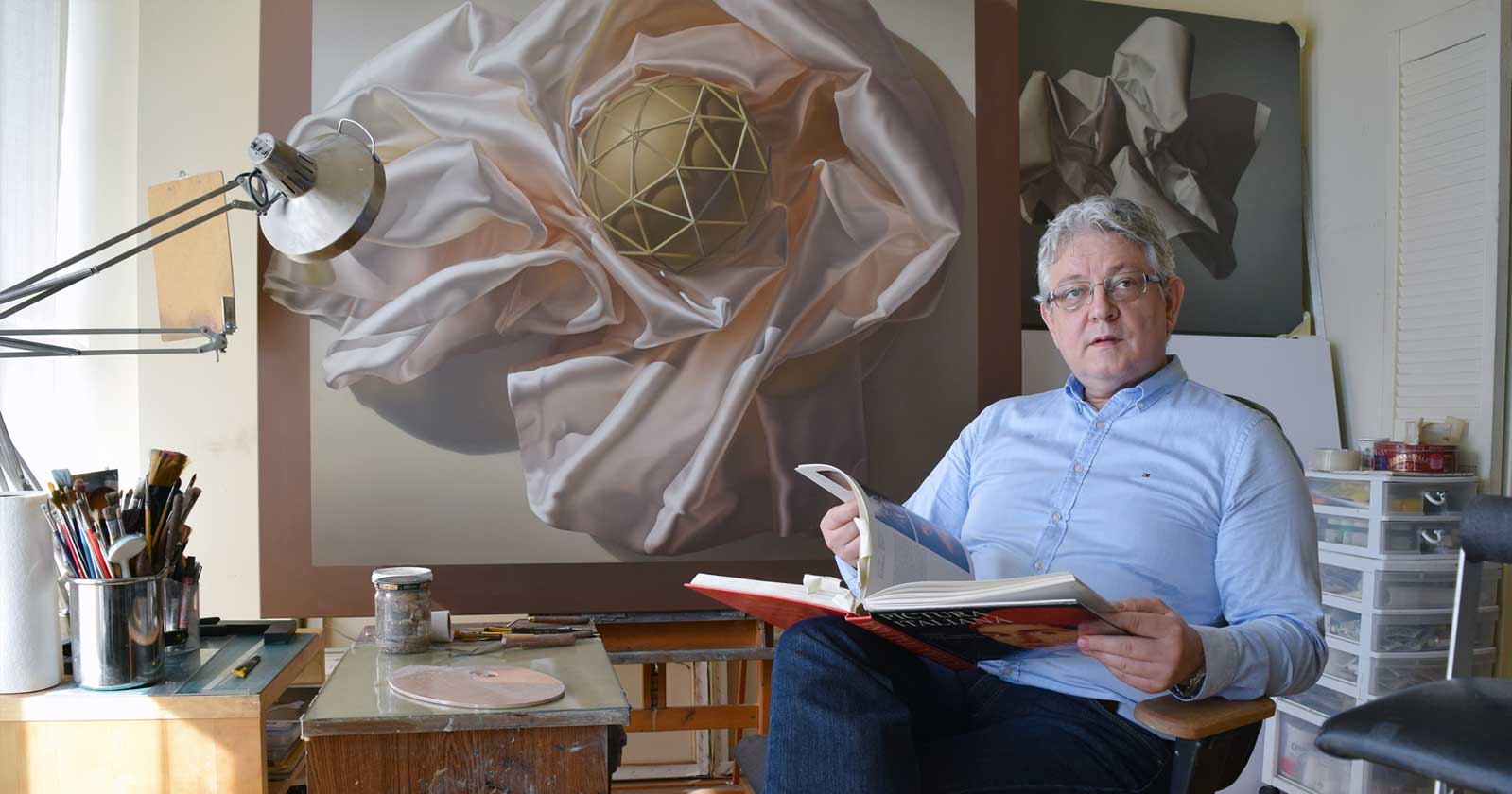 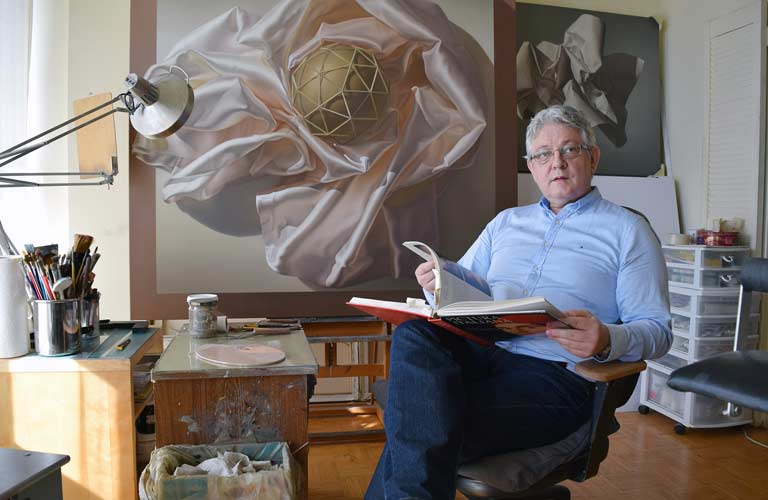 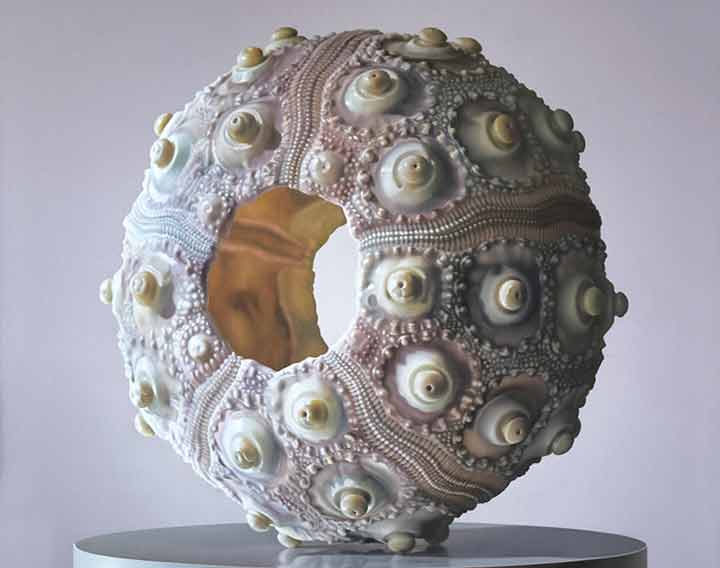 In this show Bogdan Molea reveals his fascination with sea shells. Works such as Natural Design I and II are little gems of intricacy - showcases for the painter’s amazing technical gifts. This is his fifth Catto show in 14 years. 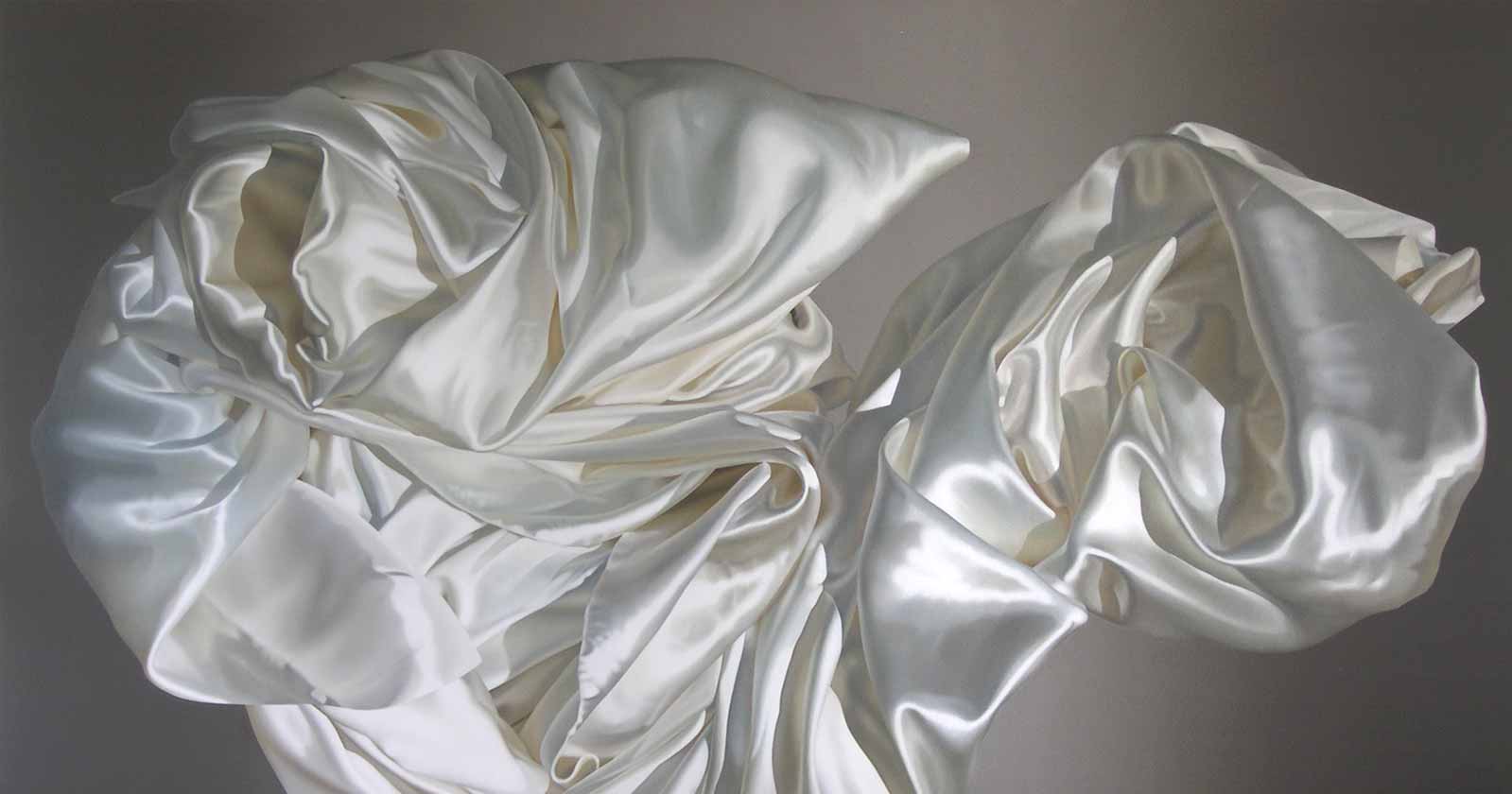 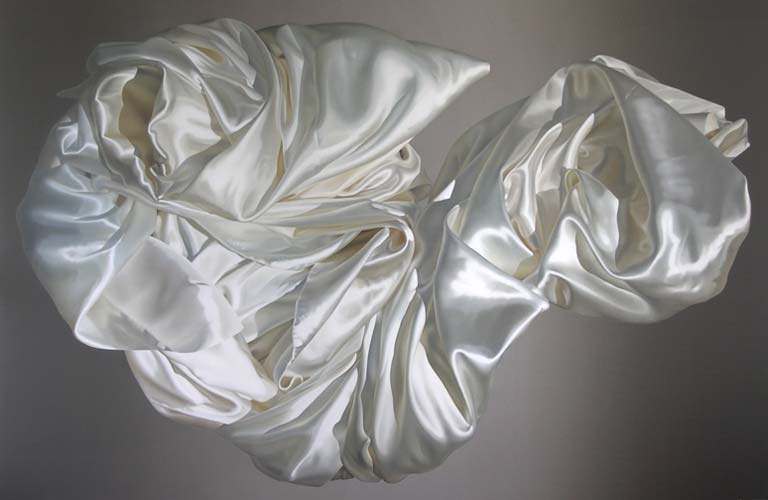 Molea's unique painting style and the searching nature of his subject matter has won him fans all over the world. This will be his ninth year with the Catto Gallery, and a very welcome return.

Towards the end of the film American Beauty, one of the characters plays a home movie of 'the most beautiful thing I've ever seen'. It turns out to be an ordinary plastic bag, hoisted up by the wind and apparently dancing in a tunnel of air.

It's a very affecting scene, and I thought of it when I saw the latest collection by Bogdan Molea arrive for this new Catto show. If anyone can conjure a similar sense of wonder in the everyday, it's the Romanian-born painter.

How can folded up paper and metal become so fascinating? So monumental? Well, in the hands of Bogdan, these otherwise banal materials really do take on another life. By scaling them up and reproducing their structure with mathematical precision, he utterly transforms them. Have a look at Arrow or the mysteriously named Stairway To Heaven to see what I mean.

Bogdan was born in Bucharest in 1958, and achieved multiple academic distinctions in his home country before emigrating to Canada in 1999. Throughout his artistic development, Bogdan retained a passion for late-medieval frescoes and Italian renaissance art.

In terms of subject matter, of course, the artist has moved on to different areas, yet there remains in his work a devotion to the same spatial challenges that concerned those fifteenth and sixteenth century greats. Works like Black And White Polka Dots or Three Golden Objects are thoroughly modern, but the harmony in the composition and the rigour in the detail would have been appreciated by Giotto or Piero della Francesca. The same goes for Gourds, in which nature does all the talking. Frankly, it's such a marvel of technique, it takes your breath away.

As good as they look in a catalogue, you really need to see these extraordinary pieces 'in the flesh' to get the full effect.

So get down to the Catto to catch a contemporary master at his very best. You'll never see waste paper the same way again.

As good as they look in a catalogue, you really need to see these extraordinary pieces 'in the flesh' to get the full effect." Iain Barratt Director Catto Gallery