How far would you go in the pursuit of your art? In preparation for one of his staggering still lifes, Brett Humphries made his own pancakes. And get this: he had never made pancakes before. What commitment. This might sound like a flippant observation. But it really isn’t. Brett thinks deeply about his work. He takes immense care over both the painting process and the composition. As a consequence, there is nothing remotely accidental about these apparently photo-realistic images.

In the case of the Pecan and Blueberry Pancakes, from Brett’s new collection for the Catto, he envisaged honey running down the side of a tower of pancakes. That vision demanded the plump American variety of breakfast snack. Brett opted to make them himself – and it took five attempts to get them right. He says: “It wasn’t easy. But you have an idea for a painting, and then you have to think about the ‘how’. There are so many decisions to make before you even start painting.”

When Brett can’t make a still life object, he sources it. This too, can be time-consuming. He gives another example from the new collection. “In Cherry Blossom, I envisaged a cherry tree with the right balance of blossoms that were fully open, partly open and also closed,” he says. “I drove around for hours before I found exactly the right one”.

Once Brett has the component pieces in place, his next task is to compose them. Another arduous process. It can take up to a day to arrange the items into a pattern that appears natural, but is as pleasing to the eye as possible. Some of Brett’s painstaking work at this stage might be missed on first glance. For example, in Italian Olives, he mimics the colours of the olives in the bowl with the Italian flag stripes of the table cloth. The end results of Brett’s input are scintillating. Mind-boggling in fact. Can these extraordinary images really be paintings? Brett admits that he still enjoys the reaction of first time viewers – which typically involve expletives of disbelief.

“People do tend to swear a lot when they see them,” he says. “I like that. It’s why I deliberately bury the brushstrokes inside the objects, I want people to doubt what they are looking at. The aim is to make the viewer feel that they can pick an object straight out of the painting itself.” Well, he succeeds. It’s now 12 years since Brett launched his career as a professional painter. His work has sold since day one, and this is his third show with the Catto. Brett says he was always interested in painting, but when it came to education, he balanced this interest with scientific inquiry.

Thus, after his foundation course in art, Brett took a degree in Scientific and Natural History Illustration at Lancaster University. He later mastered computer-aided art as a designer and 3D sculptor at a CGI studio. In 2006 Brett took these diverse experiences and used them as fuel to inform his career as a full time painter. He began by focusing on landscapes. From the start, his focus was always on hyper-realistic work. He says: “I remember doing a kind of 3D painting at college and immediately knowing I was on to something. I decided to keep going with it. Also, I have always liked looking at what everyone else is up to, and doing the opposite. When I started out, I noticed most landscape painters would shy away from detail, so I decided to fill mine with it.”

To repeat, those early landscapes were very successful. But Brett was unsatisfied, and switched his focus to still life. He explains why: “People weren’t getting physically close enough when they looked at the work. I thought they were missing the important detail. Then a friend suggested I should try still life. I did – and I found it very satisfying. I also noticed that people would really get in close when they were viewing the paintings.”

Brett’s extraordinary works demand this degree of scrutiny. They look amazing in a printed brochure such as this. But to appreciate their true impact, they deserve to be seen ’in the flesh’. Drop into the Catto to see for yourself . Feel free to utter your own delighted profanities. 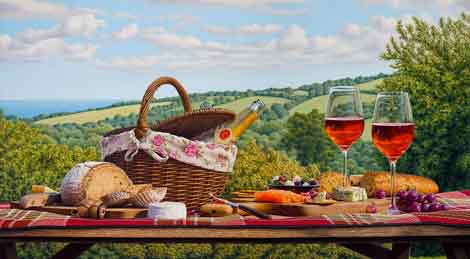 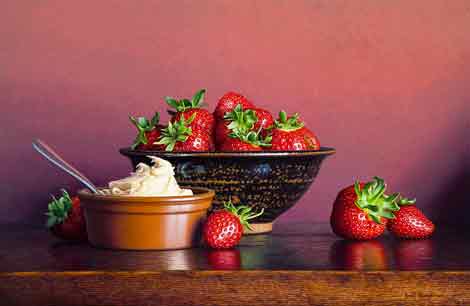 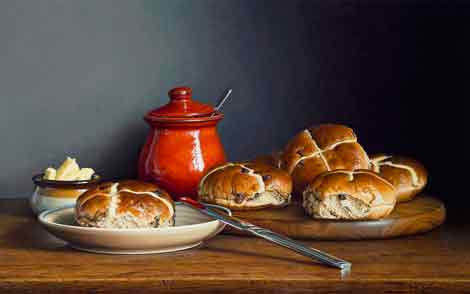 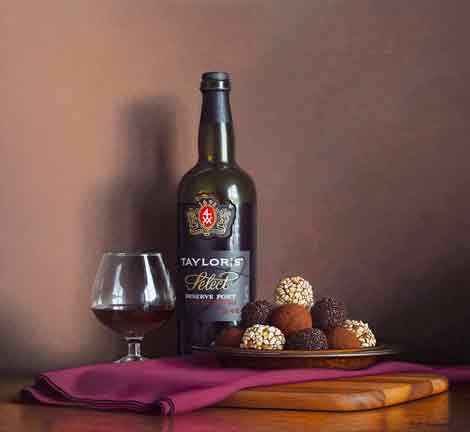 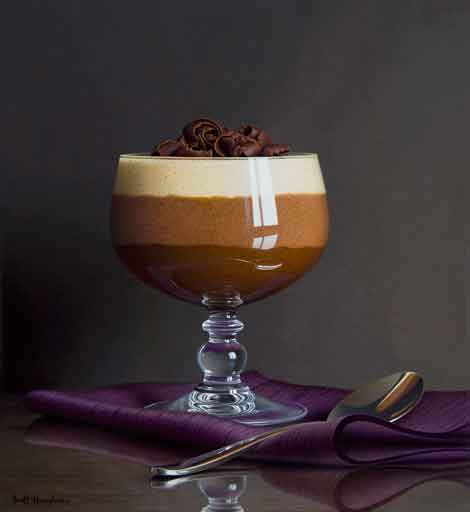 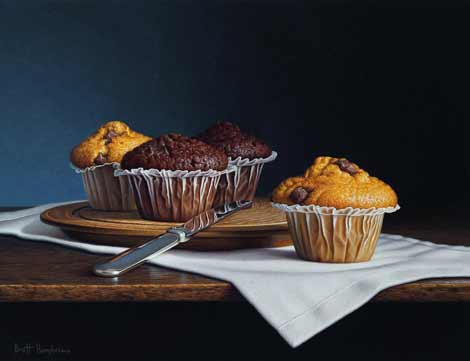 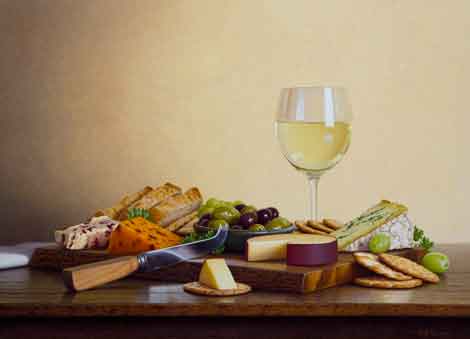 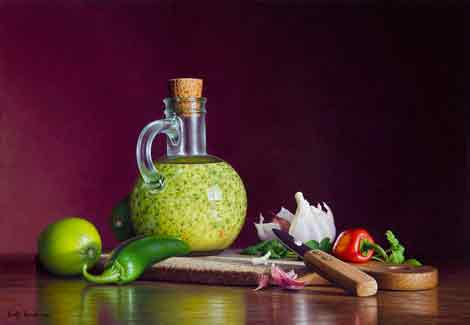 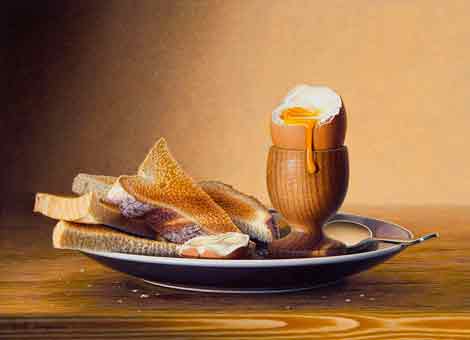 Keep up to date with Brett Humphries's work