What’s the right way to describe a Chuck Elliott work of art? How best to explain the explosion of geometric ideas he commits to his fascinating geometric studies? Well, maybe not by thinking in visual terms at all. Rather, by perceiving them musically.

Chuck himself thinks so. He believes electronic music pioneers are addressing big fundamental questions about form, space and harmony. They are (literally) synthesisers. And so, in a way, is he. “There’s a bridge between the digital techniques I’m using, and the way contemporary sound has been sculpted,” he says.

“I like the idea of contemporary abstraction as visually synonymous with the pace and dynamism of modern music.” In his explanation, Chuck even namechecks the synthesiser that started it all off: the Moog Modular. This was the machine that inspired the mind expanding experimentation of Giorgio Moroder, Brian Eno and Tangerine Dream in the 1970s. It’s not hard to see the visual echoes of these sonic experiments in Chuck’s work.

Another reason Chuck cites the Moog Modular is the name. In this new collection, he is particularly keen to explore the broader idea of modularity. On one level this is obvious. Works such as Klint / reDux / kbrk are constructed of repeating modular motifs.

But Chuck takes the definition of modularity further. Specifically, he says each work can be seen as a modular component (a locus, as he describes it) within a larger whole – whether this ‘whole’ is the show, or the trajectory of his studio over the longer term. He says: “Each work is a single, particular component from a larger narrative. It’s a sequence of works along a path moving through time.”

Chuck has been pursuing this ‘larger narrative’ for over a decade now. After studying at Hornsey School of Art, his first successes came in commercial design and illustration. He worked for major brands such as Yohji Yamamoto, Apple, Sony and Nike. But in 2004, he decided to apply his creative energy to his own art. Significantly, he did so by harnessing his knowledge of emerging digital drawing techniques.

This remains an unusual combination. Chuck doesn’t use oils and a brush. But he’s not a photographer either. Instead, he manipulates data for artistic purposes. That makes him very in tune with a culture that’s fixated on the creative possibilities of re-mixing and editing.

Of course, this all makes for great intellectual stimulation. But art is primarily about the sensual experience of looking. And Chuck’s work absolutely delivers on this score too.

His repeating patterns and wave forms are not just interesting, they’re also very very beautiful. Works such as Lyric SV have a kind of cosmic quality, as if they are revealing events occurring at a galactic scale. Arguably, even more so in the case of Solaris and Psyche D with their circular motifs.

He says: “There are themes emerging, notably of elemental forces, and some sense of wonder at the scope and nature of the multiverse. Perhaps if you work with maths and the core elements of line, colour and light, then that becomes unavoidable. Maths ultimately describes the natural world, and the forces it contains.” 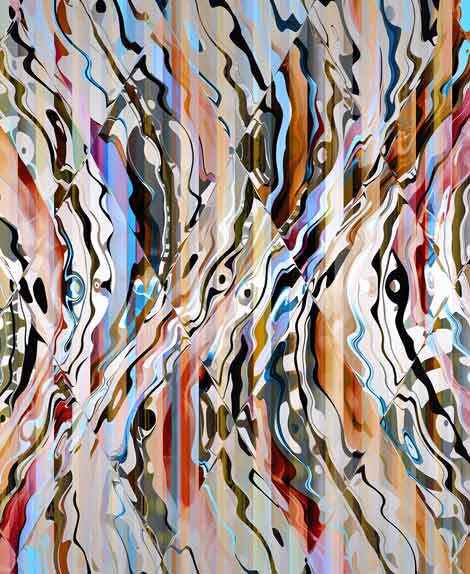 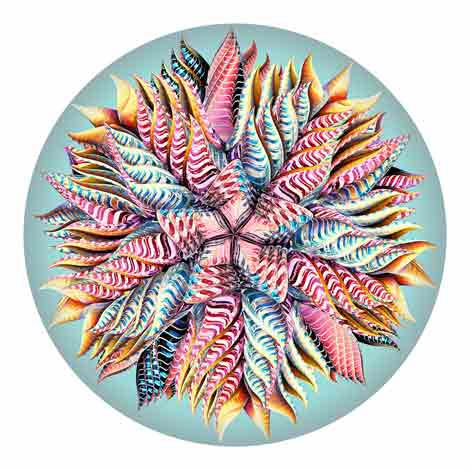 Stellify / ONE / teal base

Stellify / ONE / teal base 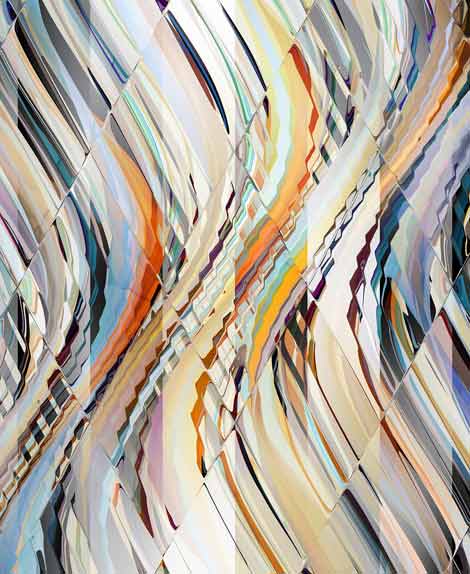 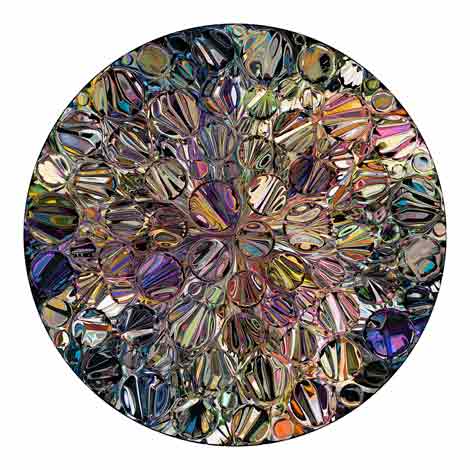 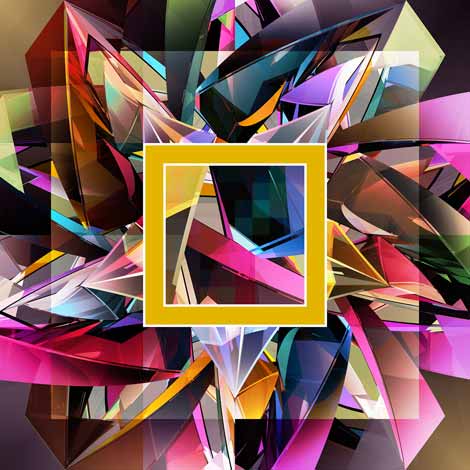 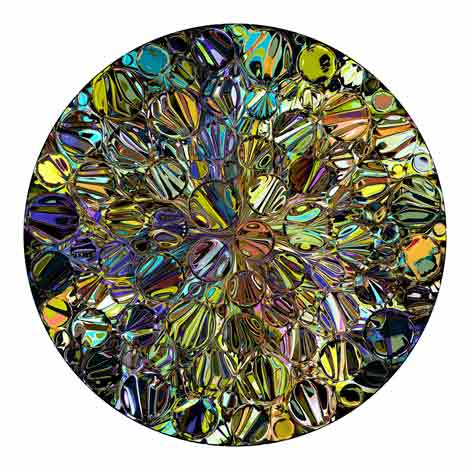 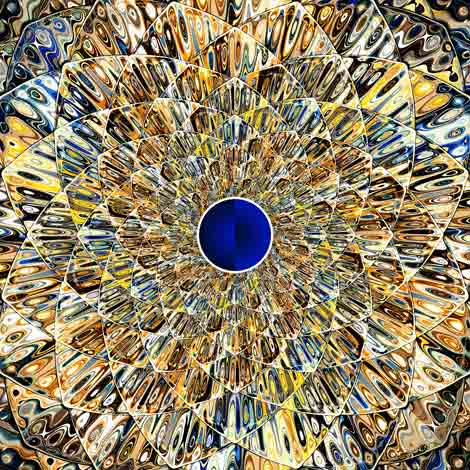 Rubicon / ONE / amethyst base

Rubicon / ONE / amethyst base

Keep up to date with Chuck Elliott's work