This new collection of works by Clive McCartney includes intoxicating visions of La Bastille, New York’s Grand Central Station, Greenwich Park, medieval Sienna and Aix en Provence. What a broad array of subject matter. And yet the artist himself concedes that, for all his travels, there’s only one subject he’s truly interested in: light.

He says: “No subject is so important that it is not made to seem incidental to my main driving force: the power of the sun. As they say in hermetic philosophy - ‘as above, so below.’”

In some paintings, Clive’s compulsion is explicit. The new collection includes, for example, Light And Movement - Grand Central, a work that focuses on streams of sunlight pouring in from those imposing windows. Clive has painted this cathedral-like building many times before. He says it’s his favourite interior. And he clearly relishes the way the sunlight imposes itself on the figures below as they move towards the source of the light, their shadows stretching out behind them.

Indeed the way the commuters are depicted reflects another McCartney obsession: the hive-like behaviour of humanity. He says: “I’m very interested in pattern, not just in terms of light and shade, but also in the patterns of people in movement - and perhaps the alarming notion that individual decisions are made as part of a larger inescapable pattern.”

Clive has been exploring his twin obsessions for over 20 years. He was born in India in 1960, and received his art education at the Central School of Art and the Chelsea College of Art in London, before teaching at Dulwich College and Brighton University.

As a full-time painter, Clive’s reputation has soared. Today, he is one of the UK’s best loved artists. Why is this? It may be because he operates at the fruitful boundary between figurative work and a more abstract sensibility.

True, there are people in the paintings, but we never know who they are or what they’re feeling. Instead, they are subordinate to the composition. Look at The Great Court, British Museum. The people are a blur serving the symmetry of the piece.

This gives Clive’s work a dreamlike quality. Art lovers appreciate this. And, let’s be honest, they also love the formal beauty of the work. Thus, what’s taking place in Rainy Day 5th Avenue may be beguiling and mysterious, but on a purely visual basis, it’s a feast. Clive says: “I aim to establish a sense of gravitas, awe and mystery in the work while maximising the potential for using the fullest number of tones on the palette.”

Where does it come from, this desire to chase the effects of the sun around the world? Well, Clive has always been a traveller. His parents moved around a lot when he was a child, and even today Clive finds himself reflecting on some of those early experiences. “My earliest memory was of a beach: stark white sand, deepest ink blue sea and a cloudless sky,” he says.

“On the beach was a whitewashed stone building. Its door had developed cracks through which one could peer and, as my eye adjusted, I began to make out odd-looking objects covered in dust and debris. This recollection contains so many of the qualities in my painting now: the harsh contrast between light and shade, and the obfuscation that takes place in those few seconds as the eye adjusts to tonal extremes.”

Today, as an adult, Clive is still travelling the world searching for metaphorical doors to peer through. The ‘odd-looking’ objects have been replaced by architectural landmarks and imposing cityscapes. But the sense of artistic possibility remains. In his eighth Catto show, Clive reveals his desire to explore these ideas is undiminished. 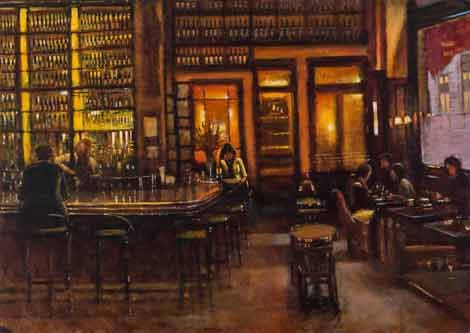 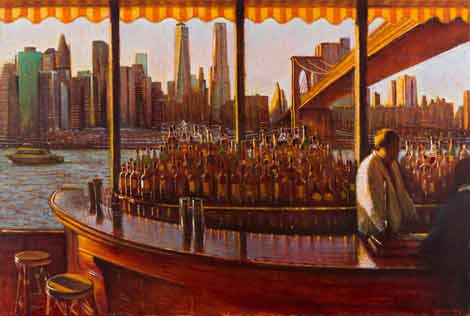 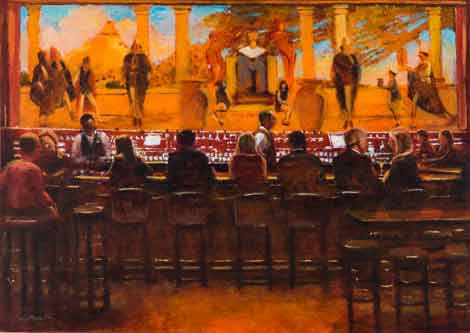 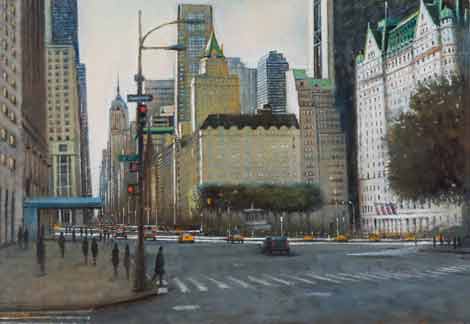 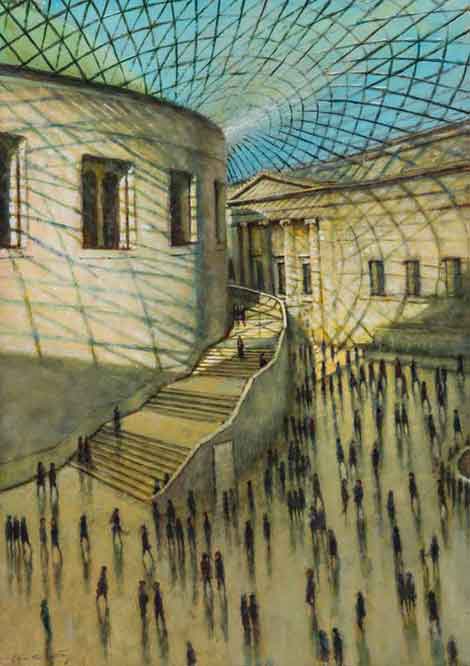 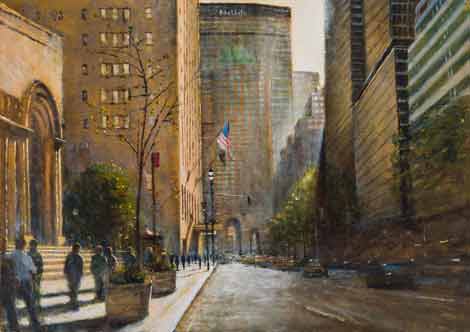 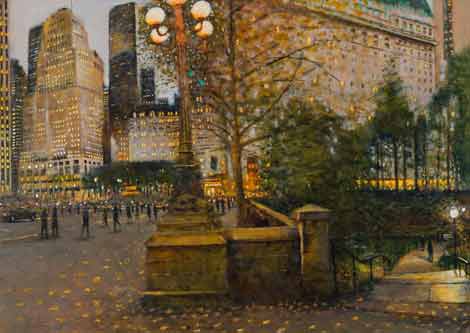 Nature and the City, New York

Nature and the City, New York 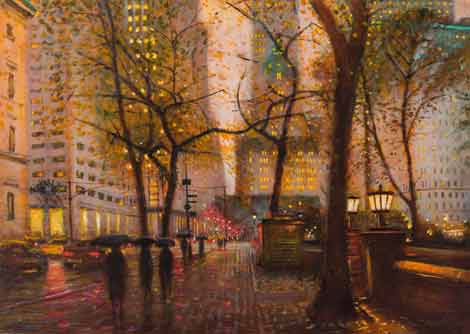 Keep up to date with Clive McCartney's work