It's quite common to describe a painting as a frozen snapshot in time. Colin Fraser would not agree. For this acclaimed British landscape artist, a painting exists in what he describes as its own time zone. He says his works do not stand still. Rather, they convey a series of moments "like pockets of time that have slowed down, but are still ongoing".

This is a profound insight. But we should expect nothing less from a painter who has been working for more than 40 years, and who thinks extremely deeply about his craft. Colin calls his new show for the Catto –27 years after his first exhibition  in Hampstead– 'Conjured Memories'. Why? Because Colin is at a point in his life and career at which his paintings really are just that: memories reimagined on panel.

He gives the example of ”Time Line ”, a work from the new collection painted in Cornwall. "After a certain amount of time, you come to understand what's important," says Colin. "You realise that what drives you is the fact that your work must mean something. And that usually it's related to a recollection or an experience. I spent a lot of time in Cornwall in my teenage years. And to return after 40 years meant so much to me. It's why this painting is so subjective. It really is like a memory."

Colin also admits that his technical ability – acquired over decades – helps him to disconnect when he is working. It means he doesn't have to think about the process. Instead, he can immerse himself in the idea. "I'm at the stage where I can sit down and start working. I don't have to worry about anything technical. This gives you the freedom to trust yourself to just let things happen when you actually start work. Returning to a painting is like stepping into a room. You're exploring. You're searching."

Interestingly, Colin believes the inflexibility of his chosen medium – egg tempera – is critical to this sense of freedom. With egg tempera, powdered pigment is mixed with egg yolk and water, and applied little by little, layer by layer. It demands a meticulous approach. "Tempera is so rigid," says Colin. "You can't improvise with it. There's a set method and you have to accept it. But this rigidity frees you up to accept the marks you make without trying to alter them.”

Colin's incredible facility with egg tempera is evident from the merest glance at his work. The medium achieves a luminescence way above what is possible with conventional oils. Collectors love it, which explains why Colin's work can be found in public and private collections all over North America, Europe and Asia.

In the new show, the tempera shimmers brighter than ever. You can see it in the sunlight that breaks through a window (Reverie) or illuminates a bowl of lemons set against a black background (Looking East). This is impressive work from one of the world’s premier experts in the medium. 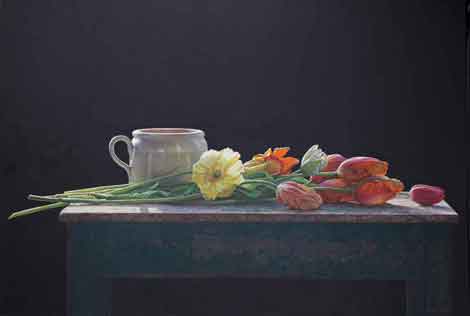 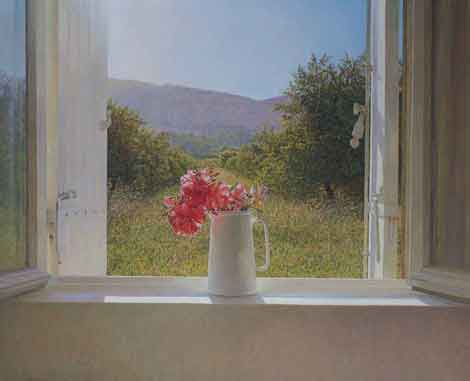 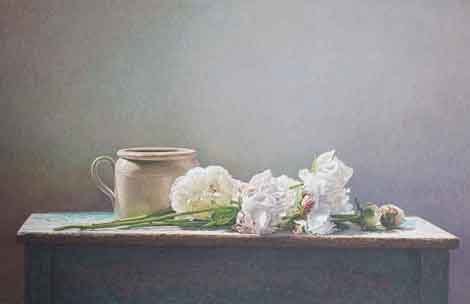 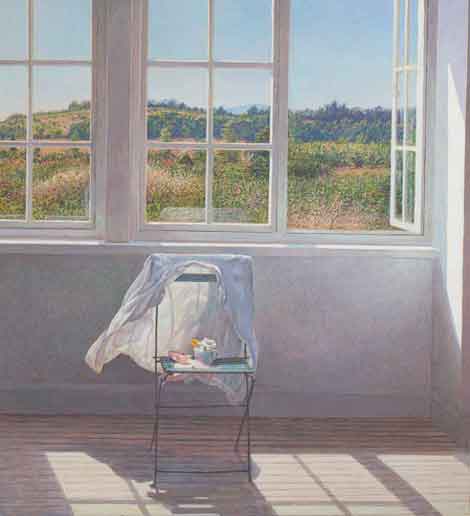 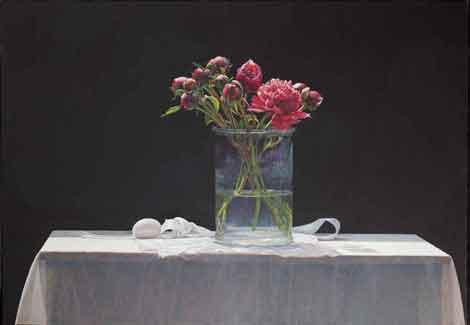 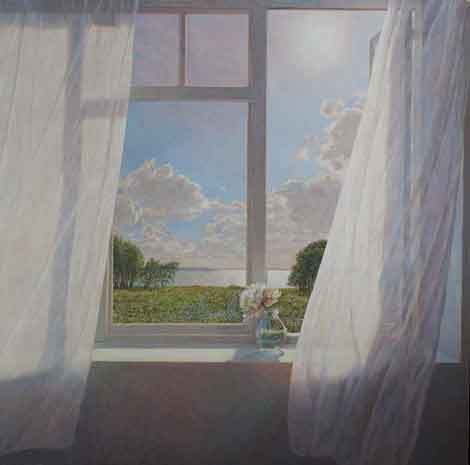 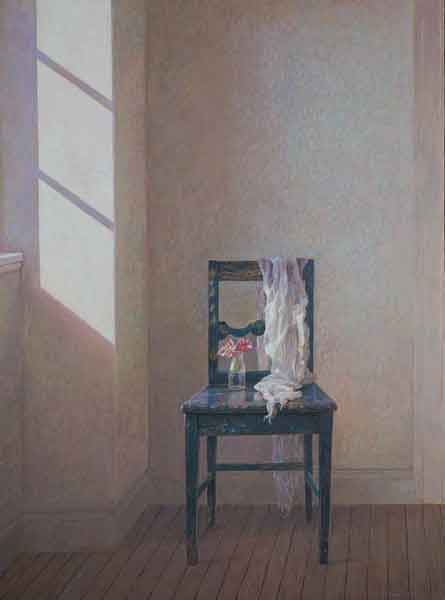 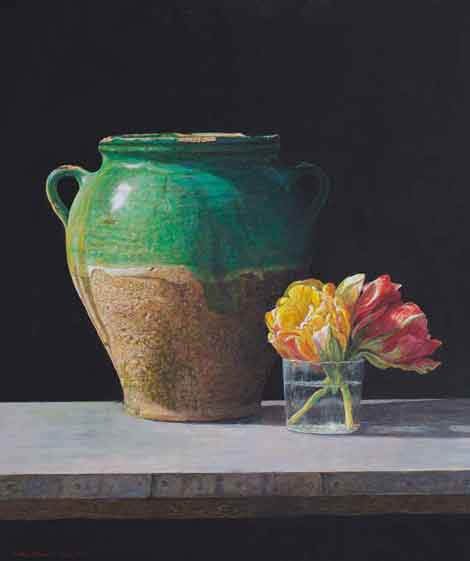 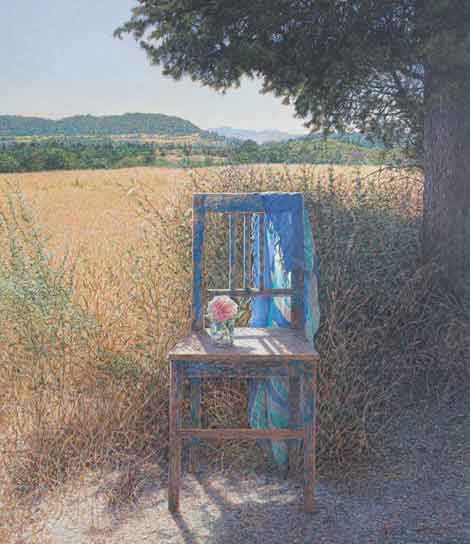 Keep up to date with Colin Fraser's work