David Gerstein was born in Jerusalem in 1944, and studied in Paris, New York and London as well as his home city. He is one of Israel’s most prominent artists – with pieces exhibited at the Rosenfeld Gallery in the heart of Tel Aviv. His statues feature in many Israeli cities, and adorn public spaces in museums, universities, playgrounds and television studios. Reproductions of his works have been published in all Israeli newspapers; and have appeared on huge billboards.

As a boy he made his own toys from anything that came to hand – thus people and cars were cut out of cardboard, with windows, wheels and doors painted on. The same joyful colours are used in his wall-sculptures today. In his trademark cut-outs (even though most are fashioned in three layers) - something can still be seen of the two-dimensional painted cars and toys of his youth.

In this new show we are delighted to include a selection of David's paintings, on display for the first time in the UK. The collection is diverse – ‘Open To The Sea’ reveals familiar Gerstein tropes – not least the vase of flowers – as does the trompe L'oeil ‘Three Tubes Of Paint’.

Other works are more abstract in concept while ‘Golden Fishes’ goes to the other extreme: a lovely traditional work that reveals a side to the artist we rarely see.

The paintings are a delight. But the bulk of the show is, of course, wall sculptures. David has grown an international reputation for this signature style, which he first discovered in 1995 when he began laser cutting in metal his computer-generated ideas.

One of the most delightful new works for this Catto Gallery show is ‘My Palette’. This wall sculpture comprises an array of paint tubes suspended in mid-air, each held in space by a thin stream of paint growing out of an artist's palette. It has all the elements of classic David Gerstein – exuberant colours, a lovely dancing arrangement, an element of abstraction and a touch of wit.

Today, his approach remains the same. He uses paints acquired from suppliers to the automobile industry, which is lacquered to give a gleaming 'showroom' effect. The end result clearly owes a debt to the pop art of Jasper Johns, Frank Stella and Roy Lichtenstein. Like these masters, David takes pleasure in the paraphernalia of daily life and in vivacious primary colours.

Other new pieces worth looking out for include ‘Synergie’ and ‘Happy Hour’ with their butterfly armies, and the pun-filled ‘Art Attack’, comprising an array of brushstrokes enclosing a metal heart. Elsewhere, Gerstein fans will welcome another chance to enjoy his trademark blurs of cyclists, butterflies, dancers, joggers and more. 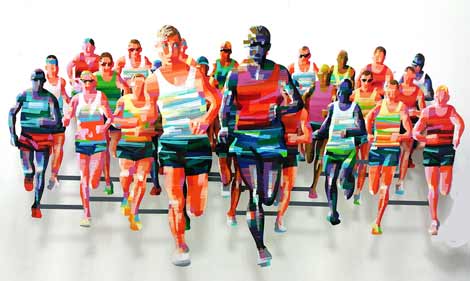 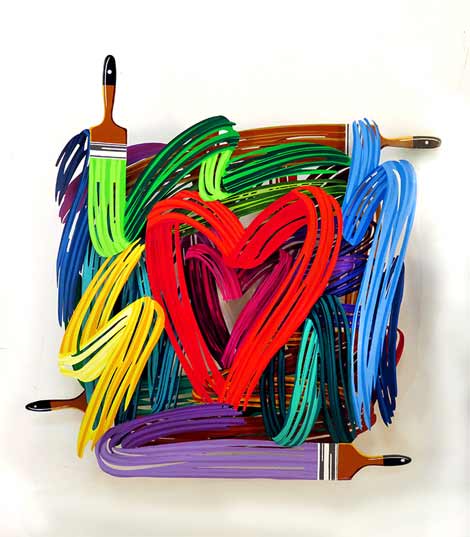 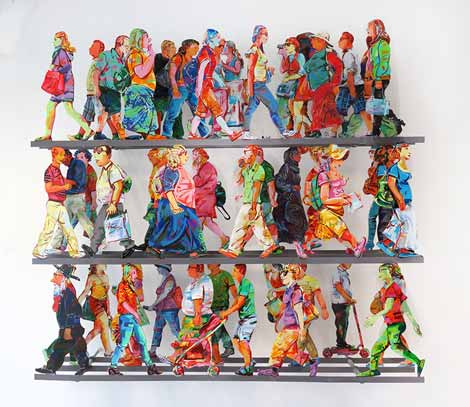 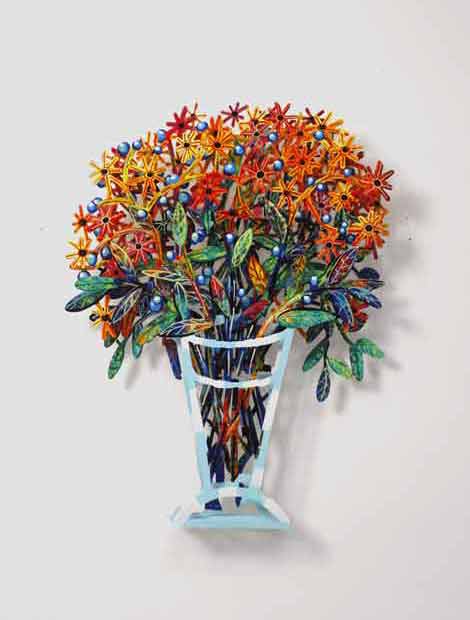 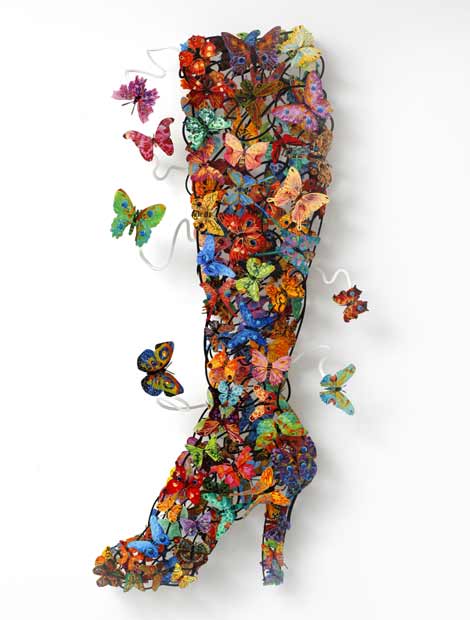 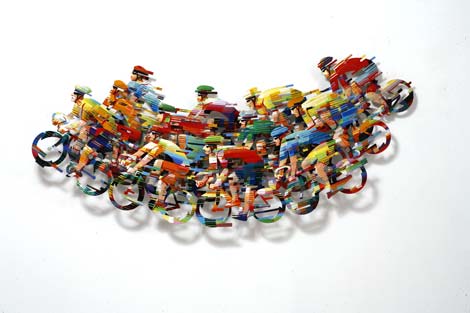 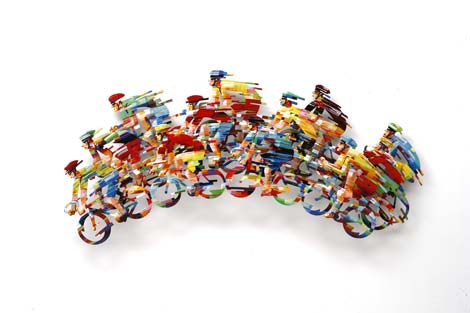 Keep up to date with David Gerstein's work