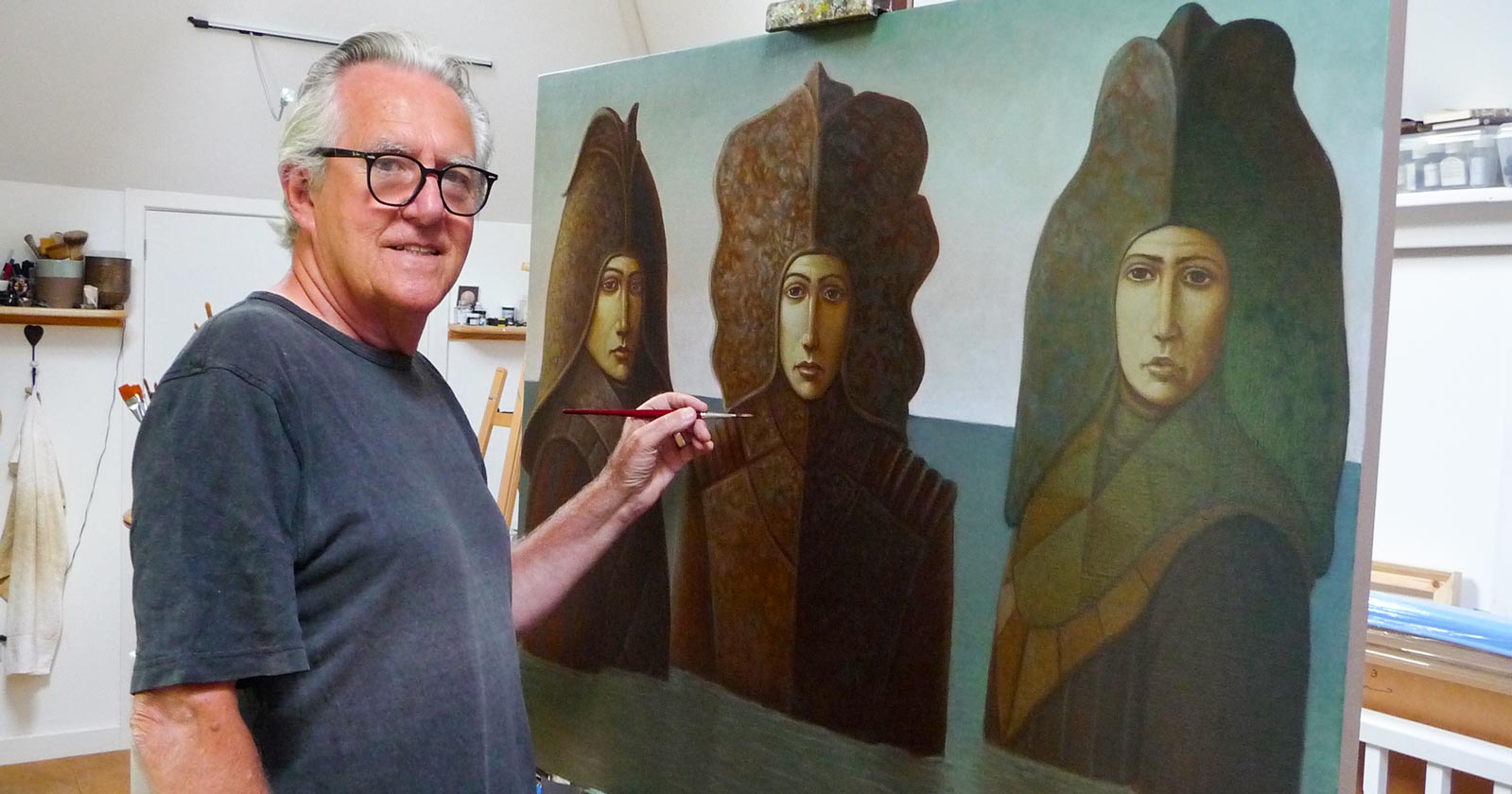 George Underwood’s artistic career began in the world of album and book cover illustration. Since the 1970s he has been working in oil and has developed an instantly recognisable style of painting, where mysterious figures inhabit imagined landscapes. 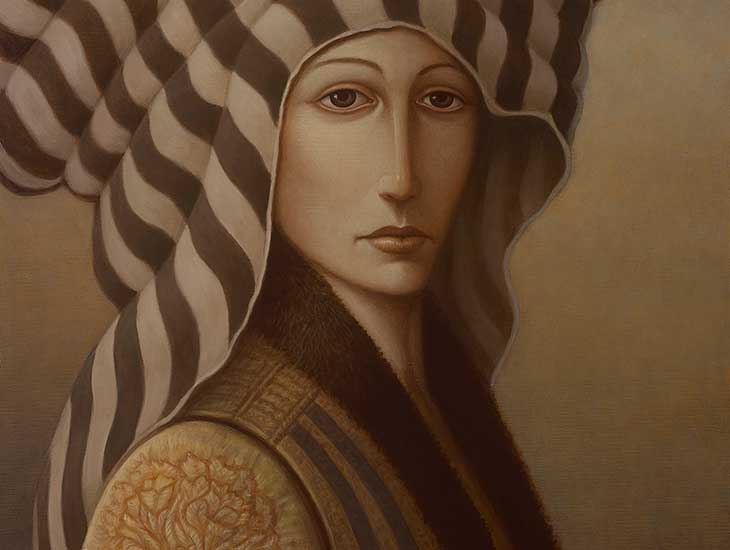 George Underwood is a figurative British artist. Known for designing album covers for bands during the 1970’s. We are delighted to be showing a collection of his paintings for the first time.

George Underwood was born in 1947 and joined Beckenham Art School in 1963.

At art school Underwood became more and more interested in music. As a result he initially pursued a career in the music world. Along with life-long friend David Bowie he made one record (The King Bees ) and also a solo record under the name Calvin James.

After deciding that the music business was not for him, George returned to art studies and then worked in design studios as an illustrator. Initially he specialised in fantasy, horror and science fiction book covers.

Colleagues from the music business began to commission art work from him which led in turn to him becoming a freelance artist and producing art work for the first T Rex album and later David Bowie’s Hunky Dory and Ziggy Stardust album covers. This quickly established him as a leading creative in the album illustration world.

At the start of the 1970’s Underwood started painting in oils. His paintings were influenced at first by the Viennese School of Fantastic Realism –artists which included Ernst Fuchs, Rudolph Hausner and Eric Brauer. Underwood regarded them as contemporary visionaries like Bruegel and Bosch. He was fascinated by their imaginative visions.

Imagination is the key word in Underwood’s paintings. He rarely uses live models nowadays, prefering to invent people who inhabit their own personal world.

As David Bowie wrote in 2014 ‘It’s uncanny how George's images inhabit their own world so completely. He breathes an icy life force into them. They do not move. They are at permanent attention as though on parade. as though subjecting themselves to our scrutiny. I’ve always loved George’s work. I think he may well have unconsciously tipped me toward music. Sitting alongside him in art class convinced me (among others) that I would never achieve his fluidity of line, his sense of ‘rightness’ in relation to his subject. Whatever it was, I got my dad to advance me the money to buy an alto sax instead. Over the years George has risen above even his extraordinary beginnings and in my opinion is producing some of the best work of his long and fecund career.’

Keep up to date with George Underwood's work