Ian Berry is a unique talent in the art world, producing exquisite and complex ‘paintings’ made entirely from denim!

At first glance, you might think they are blue toned photographs or paintings. Even at touching distance, many viewers don’t realise they are looking at many layers and shades of denim. And what a material to use with its universal appeal, its symbols and dualities. Up close you become aware of the depth and texture and see how each small piece has been considered and crafted out of jeans with washes and fades – the ultimate in upcycling.

Ian has had sell-out shows across Europe and the US, including the home of the modern jean, San Francisco. To date, over 200 publications have featured his work - from GQ and El Pais to Vogue and Huffington Post. He has also been the subject of features on broadcast media, and was named one of Art Business’s ‘30 Under 30’ artists. This year he is on the shortlist to be a top 50 influential person in denim for 2019.

He has attracted much interest from the fashion world, and has produced commissioned portraits of Georgio Armani, Ayrton Senna, Debbie Harry, Giselle Bundchen, James Dean (displayed outside the James Dean Museum in Indiana - the first denim ‘street art’ project in the world) and many more. His artworks have been installed in museums, galleries and department stores in Europe and the US, including a large CCTV installation in Pepe Jeans, Regent Street, London, and an installation in Selfridges.

This new show, Hotel California, showcases a notable technical achievement: denim as water. In a series of extraordinary works depicting swimmers and pools, Ian has faithfully conveyed the ripples, distortion and light reflection in water.

He’s not the first to do so, of course. Fellow Yorkshireman David Hockney famously did the same in paint 50 years ago. Ian became friends with Hockney last year and this show is inspired by his pool paintings. In fact, Hotel California features a portrait of the swimming pool at the Hollywood Roosevelt hotel, for which Hockney painted a mural in 1988.

Ian’s technical achievement in these works is remarkable. But so is the emotional core. The artist depicts the surface glamour of LA affluence with immense skill, while also conveying its undercurrent of dislocation and melancholy. This is most evident in his depiction of isolated patrons at a diner, with its nod to Edward Hopper.

His virtuosity with denim is also illustrated in Secret Garden, included as part of the show. This installation was first shown at the Museum of Childhood, New York and features denim leaves, flowers, cacti and butterflies. Ian later re-purposed the work at the former textile town of Labastide-Rouairoux in the South of France. The collaboration was so successful that the town awarded him the medal of honour - the fifth person to receive it in 30 years!

But come and see them for yourself. Ian believes his art is best viewed in person. Prepare to be amazed! 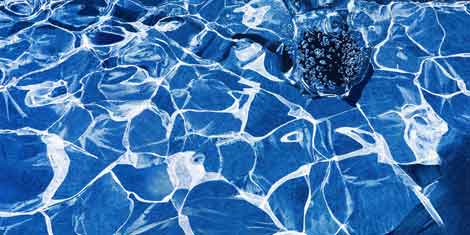 My Head Grew Heavy and My Sight Grew Dim

My Head Grew Heavy and My Sight Grew Dim 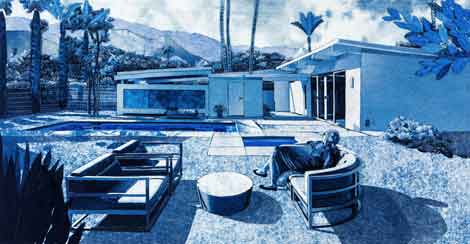 Such a Lovely Place

Such a Lovely Place

Any Time of the Year You Can Find it Here

Any Time of the Year You Can Find it Here 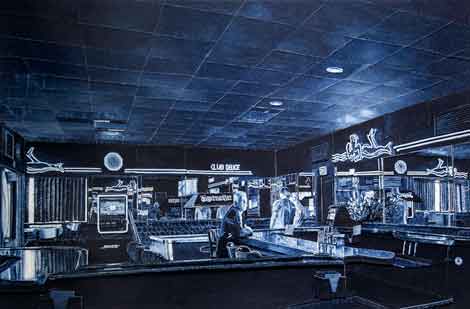 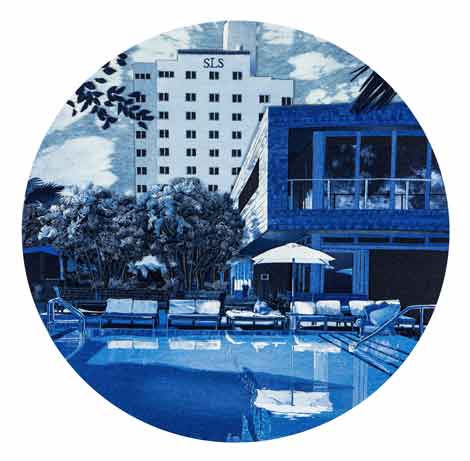 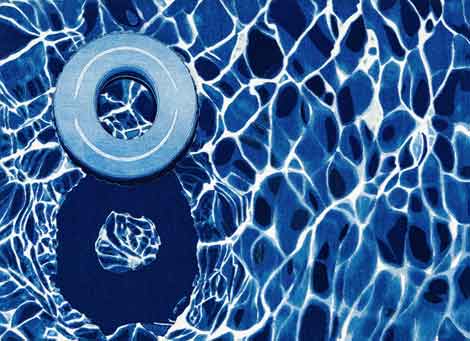 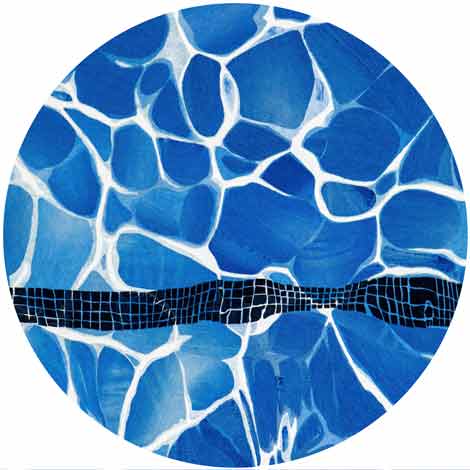 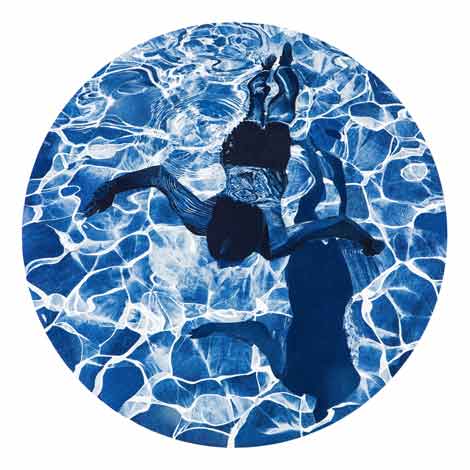 And Still the Voices are Calling from Far Away

And Still the Voices are Calling from Far Away 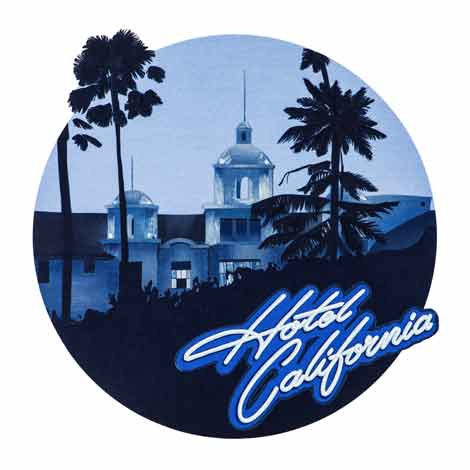