“I consider it a great success if a piece wavers somewhere between high art intellectualism and saucy postcard.” So says artist James Mortimer. His new collection is a great success. It features many allusions to the lofty achievements of renaissance painting. It’s full of big ideas delivered with technical panache.

It also features a man with the lovely pair of ripe jackfruits. And there is James in a nutshell (sort of). He is one of the British art world’s rising stars. Why? Because his work is fabulous and unique. But also because, unlike most of the po-faced contemporary art scene, it’s such fun.

The same goes for James himself. His official photo typically features him in his studio, sketchbook in hand, bare-chested, sucking on a pipe. He describes his working method as follows: “I usually begin a new series of work by drinking a large glass of something and chain smoking cigars. Then, when I’m completely relaxed, I sit down and sketch furiously.”

James may not take himself too seriously. But we should. He is a true original whose first show at the Catto in 2015 was an immediate sell-out.

Though largely self-taught, James has painting in his blood. He’s a descendent of the 18th century neoclassical painter John Hamilton Mortimer, and studied sculpture to degree level. He’s a scholar of Michelangelo, Picasso and  – surprisingly – Duchamp. But he admits much of his inspiration comes from his travelling experiences. He has journeyed as far as Mongolia and Costa Rica and says: “I think the boredom in travelling, you know, the sitting in trains and planes and doing a lot of waiting is quite helpful. Just letting your mind wander.”

These reveries help James create a captivating alternative universe in his paintings and sculptures. Generally, the works feature naked or semi-naked figures in lush landscapes. These characters are frequently grappling crocodiles, dogs and other wild beasts. But they don’t seem too phased by the obvious danger in their midst. Or by the succulently phallic fruit hanging over their heads.

It’s a pleasure to visit this universe – a place of wonder and fascination, where ideas, wit and technical skill come together. In a world of boring conceptual art, this is contemporary work you can lose yourself in. 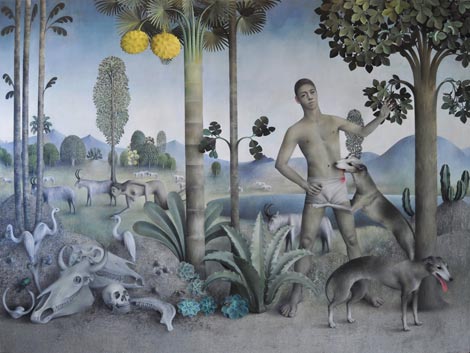 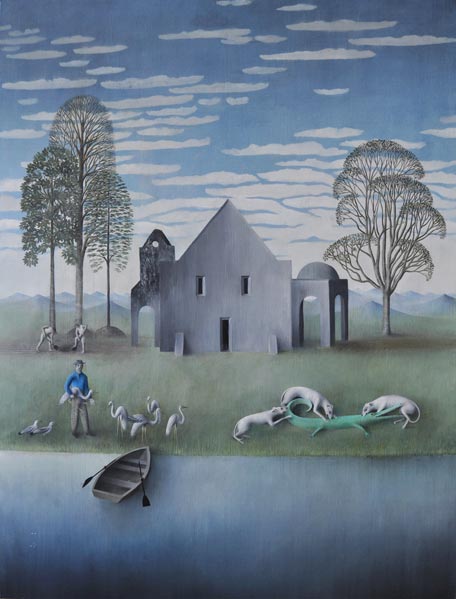 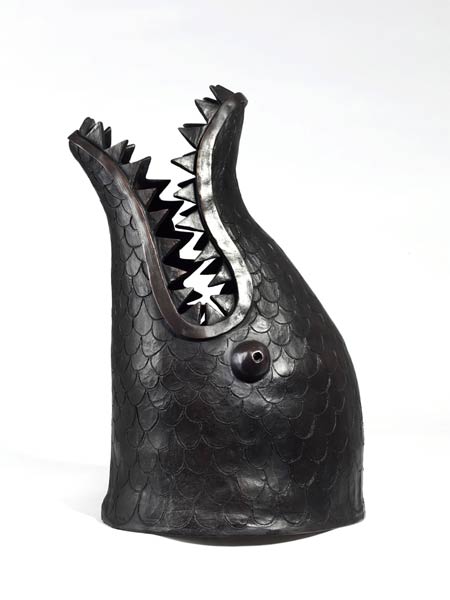 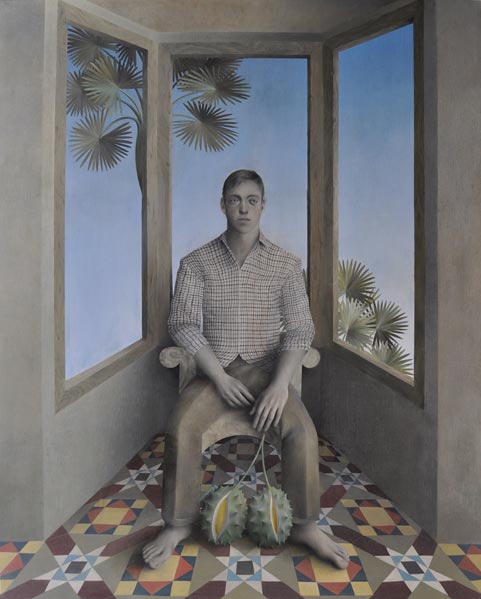 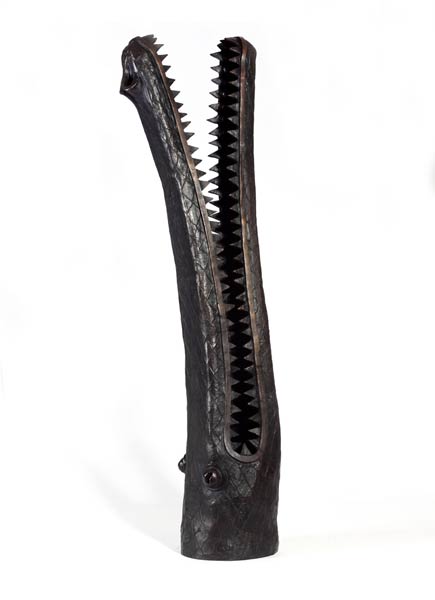 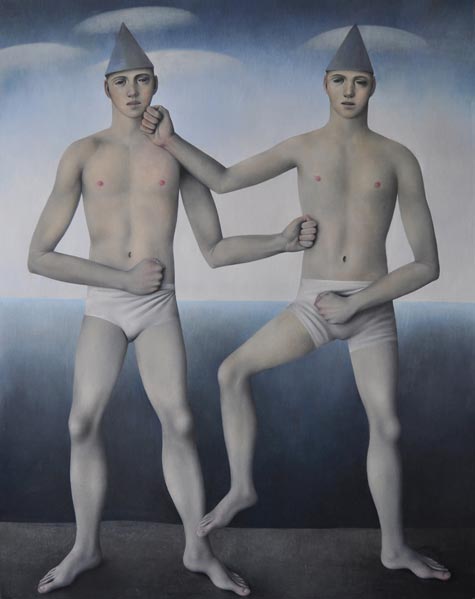 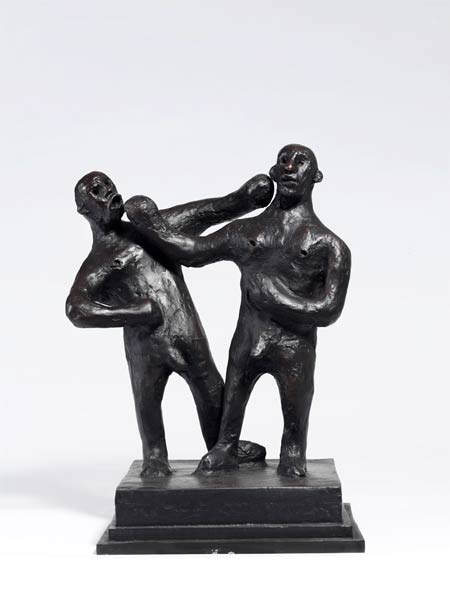