James Mortimer thinks real life is boring. It’s why he avoids the everyday in his work. Work in which monkeys stand over sleeping women in wheat fields, coconuts look like testicles and bored looking men hold crocodiles in their arms. But here’s the paradox. James Mortimer’s own real life has been anything but boring.

After university, James travelled the world seeking out adventure. He recalls: “I was staying with a family of Mongolians who clearly disliked me, and I came down with violent food poisoning after eating the offal of a goat they slaughtered inside the yurt before my very eyes. Later on, as I crawled out into the freezing tundra to throw up, some stray dogs emerged from the blackness and approached my retching form. I thought they were going to attack me, but instead they began eating my vomit, lapping at the ground and licking my face until I finished.”

It’s hardly boring. But the way James re-tells the story reveals his wonderfully eccentric worldview. “Though that does sound horrible, I have a keen sense of the humour and the beauty in things which otherwise seem only awful and grotesque, and I think this outlook can be seen in my pictures,” he says.

James was born in 1989 in Swindon into an artistic family - he’s a descendent of the 18th century painter John Hamilton Mortimer - and studied history of art at university. Next came the travelling. But for James, this was as much about discomfort as adventure. He says: “I’m very stoic, so the more gruelling the travelling is the better. Novel experience and suffering build character and feed the soul.”

These unusual qualities help to make him such an exciting painter. (A self-taught painter, we should add). Simply, James’s work is imbued with elements you just don’t see that often in the contemporary art scene. There is not much room for wit, ambiguity and - let’s be honest - real filth in an art climate of such earnestness and ‘correct’ thinking.

The best word for it is louche. So perhaps we shouldn’t be surprised that James is very interested in the late 19th century fin de siècle era in which writers like Huysmans, and later Oscar Wilde, pondered the joys of degeneracy - the pursuit of pleasure for its own sake. To repeat, it’s all there in James’s naked sailors, naughty animals and succulent fruit.

These canvases are such delicious concoctions. Technically, James paints with a lovely precision. In execution his work is a little like the 19th century painter Henri Rousseau. But while Rousseau’s world of men and animals is sweet, James’s hints permanently at a heady opium den debauchery. Meanwhile, there in the background are the kinds of citadels you see in late Renaissance masterpieces. Very weird. But it all adds up to a thrillingly ambiguous and original whole.

There will also be a selection of James’s sculptures for sale at the exhibition. 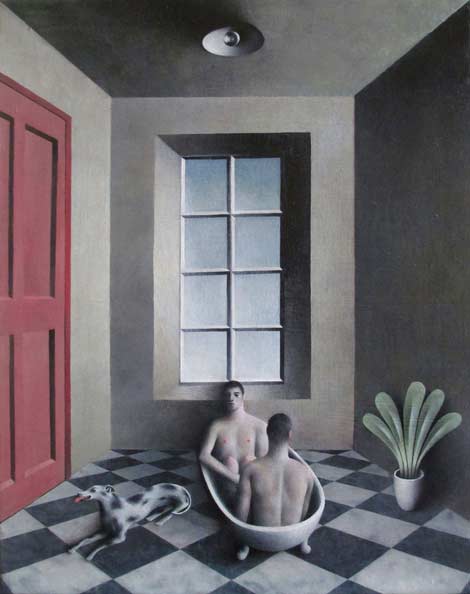 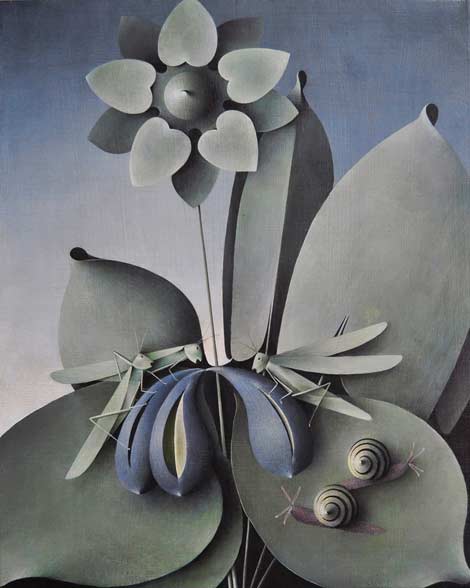 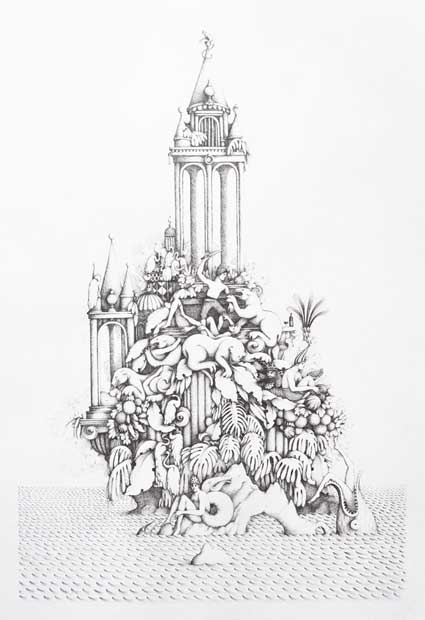 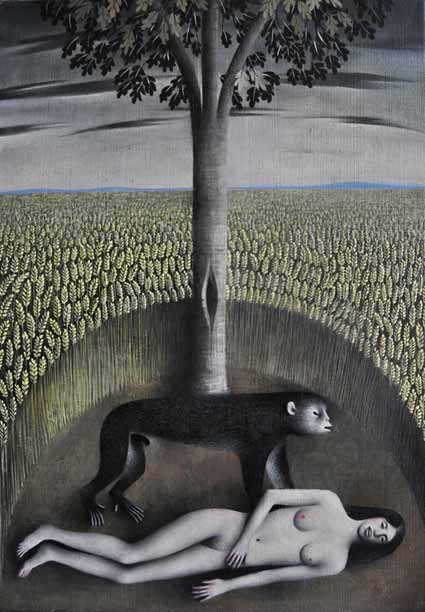