It‘s a bit of a cliché that so many great artists turn to the bottle. Tortured souls, and all that. Few painters can rival Ken Orton in their desire to see the world through the bottom of a glass. The difference is, he‘s doing it purely in the interests of academic painting. Ken's singular and amazing bottle paintings have dazzled American art lovers and collectors for many years. Now, the Catto is delighted to bring them to the UK.

Though Ken works and exhibits in the US, he was born in Birmingham in 1951. He seems to have emerged from the womb with a brush in his hand, and says he ‘cannot remember a time when I did not paint’. His ability took him to Birmingham and Manchester Colleges of Art, before switching from studying to teaching. He then headed to Spain, where he took charge of the Joan Miró Centro de Arte and the Baleares International School. In 1999 he relocated to the US, where he continues to live, dividing his time between the Catskill Mountains of New York and the Gulf Coast of Florida.

America inspires Ken. His wanderlust has taken him to almost every state, where he seeks out the soul of Americana and commits it to canvas. Amongst his subject matter have been forgotten rusty old cars, sleepy bars, battered musical instruments and those fading faux gothic houses that seem to grow out of the rural soil. He has taken these works all over the US and won numerous awards, most notably the Washington Square Painting Prize, which is bestowed by New York’s oldest art show.

Today, Ken lives in one of those grand old houses. And it was a visit to the cellar of his new home that promoted a dramatic new direction in his art. In the dim light, he found case after case of pristine mason jars, originally used for preserving tomatoes. His artist’s antenna buzzed immediately – and loudly. Here was a subject to provide a wonderful technical challenge, while also engendering in the viewer an emotional response based on light, colour and harmony. Indeed, Ken sees the works in musical terms: rhythm, texture, colouration and tonal dynamics.

He says: “Older jars were quite irregular in the thickness of glass and when looking through them the optical effect is to create swirling chords of colour. The lettering, with its more regular formation, appears as a musical stave and the light picks notes from the coloured background of chords to write a melody on that stave.The effect is very melodic. Counter melody, diminuendo and and crescendos become aspects of tone and colour which I hope are conveyed in a particularly visceral form.”

Ken takes obsessive care over the composition of his bottle pieces, considering carefully the arrangement and the way it will affect colour, light refraction, shadow and so on. Sometimes he will block off the light coming from a certain direction just to achieve the right effect and, as he puts it, to ‘enjoy some strange tonal exchanges.’ Even though Ken's preoccupation is always the abstract quality of light, these compositions occasionally inspire quite specific names. Take Cathedral – a reference to Ely in East Anglia – or Before The Snow, with its autumnal shades.

“My works are always based on my own photographs. The photograph holds the light condition steady. The camera opens its eye, focuses on a single object and closes it again. I work from that stored image. Often increasing the tonal dynamic and employing the field of focus as a substitute for atmospheric perspective. I generally think of my pieces as landscapes rather than still lives.”

“The work” he says “employs aspects of photorealism and impressionism (the light rays that impinge the retina in a single impression). They are more about what I see than what I know.” 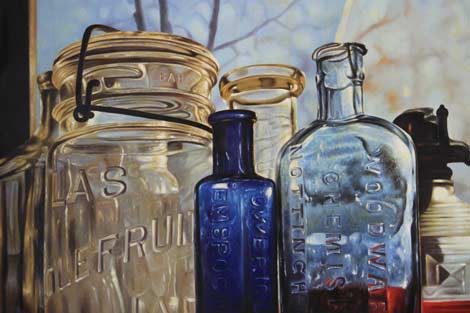 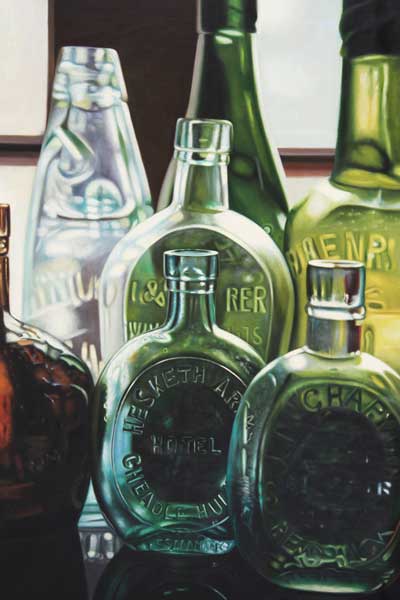 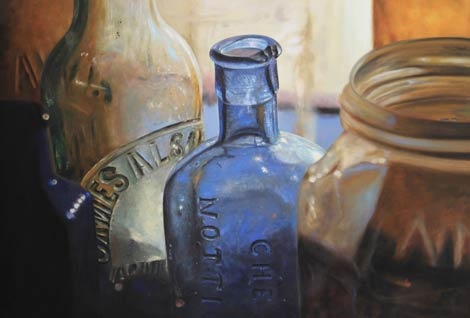 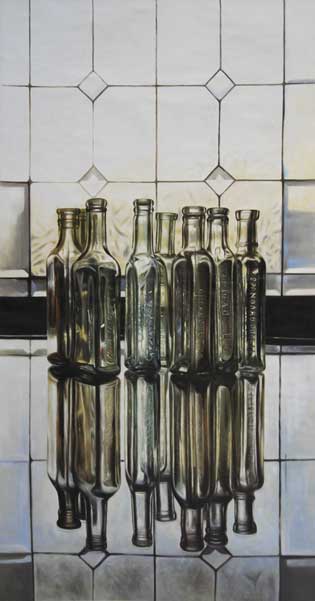 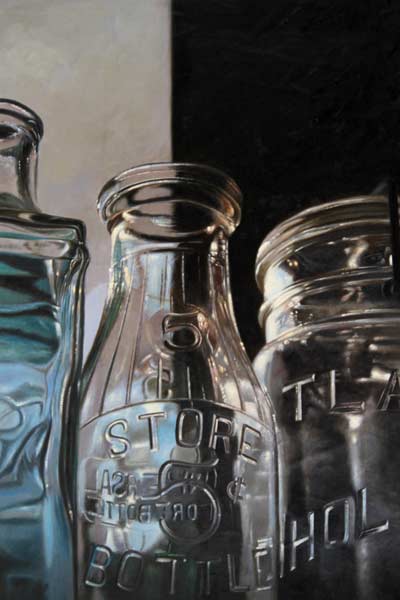 Keep up to date with Ken Orton's work