Russian-born Leon Belsky has become famous for his magnificent canvases depicting flowers, fruits, and other miracles of nature. They are awe-inspiring in terms of scale and take the genre of realism painting to new levels.

He says of his work: “I enjoy working with light and I favour unusual perspectives that emphasize the rhythm of the structure, the abstract geometry of the composition and the dynamics of the shapes, strokes, lines and colours inside it. With this process I try to capture qualities that are universal rather than temporal.”

Now sixty-seven, Belsky honed his considerable technical skills at the Moscow College of Fine Art, and the internationally renowned Surikov Academy for Fine Art. Throughout his career in Russia he won many prizes and awards and was accepted to the prestigious Union of Russian Artists. In 1990, when the era of Perestroika gave artists the opportunity to leave Russia, he and his family left.

Belsky now lives and works in Canada where success has followed him. He has taken part in various exhibitions there and his works have found their way into major state and private collections in Canada, USA, UK, Israel and Russia. Nearly twenty years ago he was elected to the Ontario Society of Artists – the oldest art organization in Canada, and the Government of Ontario has several of his works in their permanent collection.

His monumental paintings are beautifully executed with technical virtuosity, and his work is full of symbolism – often highlighted by the title of the piece – ‘The Pear Couple’ paintings remind the viewer of a devoted twosome, leaning together amicably, one supporting the other.

Belsky displays an almost mathematical precision in the way his paintings examine light, perspective and form. His subjects - pears, lilies, tulips and lemons might be lit from above highlighting every last detail of a flower’s petal, or illuminated by a shaft of light from behind throwing shadows on the curves of the fruit. His paintings magnify natural forms to super-natural scale in hyper-realistic detail. In ‘Lemon Contre-Jour’ for example, the subjects are lit to create a strong contrast between light and dark, and to emphasize the line and shape of the fruit. In ‘Red Ribbon IX’, strong white light reflects off a silver cube, then becomes tangled in a ribbon. 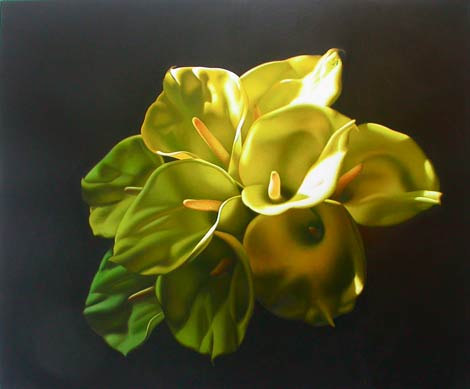 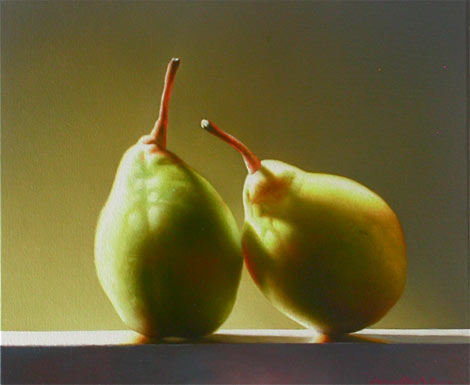 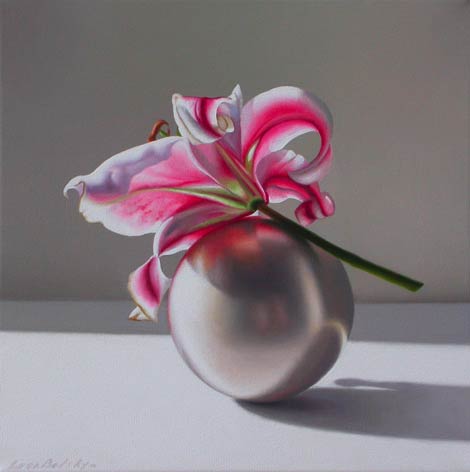 Exercise Ball with a Flower I

Exercise Ball with a Flower I 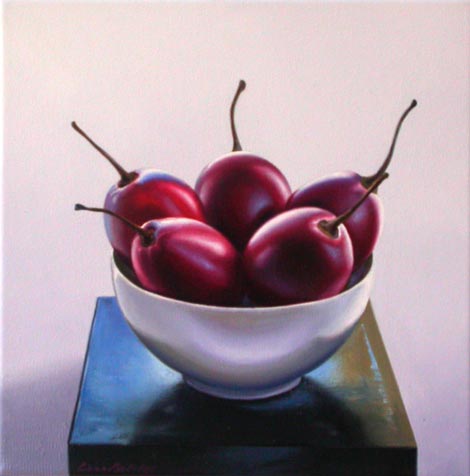 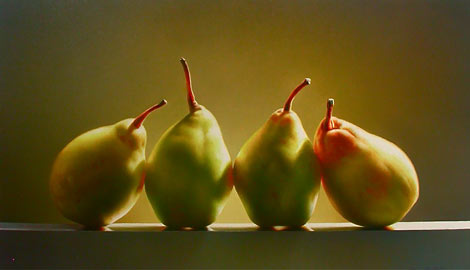 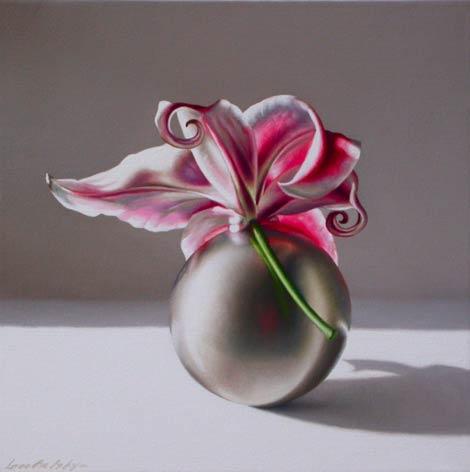 Exercise Ball with a Flower II

Exercise Ball with a Flower II 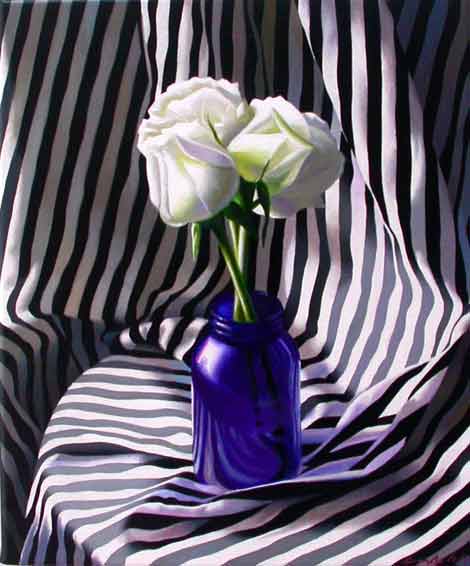 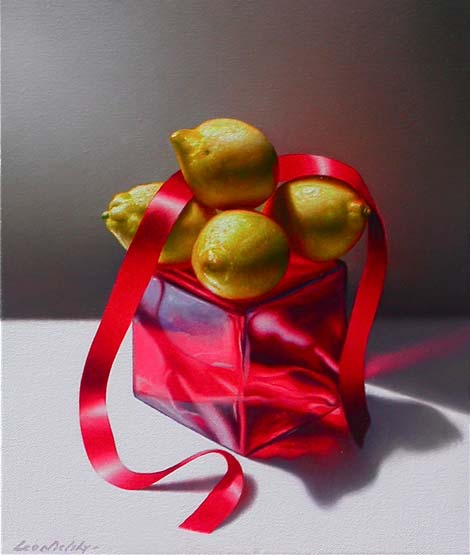 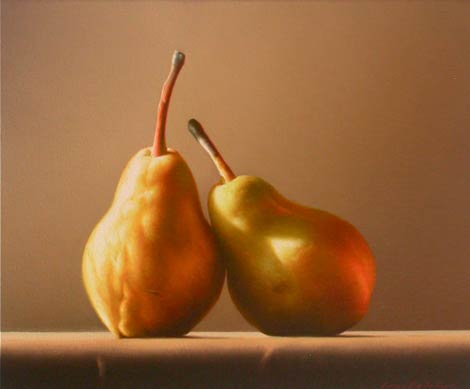