Monet said: “Light is the most important person in the picture.” A clever comment, one that reveals the essential artifice involved in painting. Essentially, he's saying: when we look at a canvas, we don’t see the subject. We see an illusion: a collection of brushstrokes arranged to trick the viewer. And it’s light that makes those brushstrokes come to life.

True artists obsess over light. They spend their lives examining its transformative effects. Monet did so relentlessly: he painted the same view of Rouen Cathedral more than 30 times, after all. Today, Monet’s spiritual successors are engaged in the same pursuit.

None more so than Nick Verrall. Every year, Nick travels to some of Europe’s most picturesque destinations – Venice, Normandy, Tuscany, Provence – to explore his interest. Sounds idyllic. But the truth is that Nick’s not really chasing specific locations at all. Like his heroes – Monet, Vuillard and Piere Bonnard – he’s pursuing light.

In fact, he describes his thinking in his 2008 book Colour In Light And Oils. ”In all my paintings, whether a Provençal landscape or a balcony crowded with potted plants, this is the element that interests me most,” he says. “I am fascinated by the way that a certain quality of light can radically alter the character and impact of a subject and make it something unique.”

Examples abound in the new collection. Light blurs Beeches in the Mist such that a colonnade of trees disappears into the distance. By contrast, light conditions bring Houses in the Alpes into sharp relief. Here, Nick slashes diagonals of golden yellow sunlight across the precise rectangles of the apartment shutters and balconies.

Nick also finds inspiration in the passing of the seasons. In Almond Tree in Blossom he captures the radiant and optimistic late spring sunshine. Meanwhile Normandy in the Autumn is a more contemplative work. It depicts a golden late-evening sun that suggests a chapter closing. These are superb paintings. But let’s not make the mistake of concluding they are merely technical exercises. There’s deep feeling here. In other works, there’s a certain mystery too. It’s interesting how many of Nick’s paintings depict a building obscured by encroaching nature. Houses behind the Persimmon, Tropical Coast and River Scene all share this trope. They're intriguing.

Overall, this show is another masterclass by one of the UK’s great landscape painters. Nick has been painting for nearly 50 years. He was born in 1945, and studied at the Northampton School of Art before a short career working in picture conservation. He went full-time as a painter from 1970. Success came quickly - his first one man show was held at the Upper Grosvenor Gallery just a year later.

In addition to sales, Nick has won numerous awards for his work including The City of London Annual Exhibition Prize, the Abbot and Holder Prize and in 2015 the de Laszlo Medal. The latter was voted on by members of The Royal Society of British Artists, of which Nick is a member. He is also a member of the Royal Institute of Oil Painters, ROI. In 2006 the University of Surrey honoured him with a retrospective exhibition. He has collectors all over the world, and prints of his work have been sold by Ikea, WH Smith and the Art Group.

However, for most of his career, Nick has been associated with Catto Gallery. His first solo exhibition with us was in 1993 – and he has had sellout shows ever since. He is easily our most exhibited artist, and we’re privileged to showcase the work of one of the UK’s true greats. 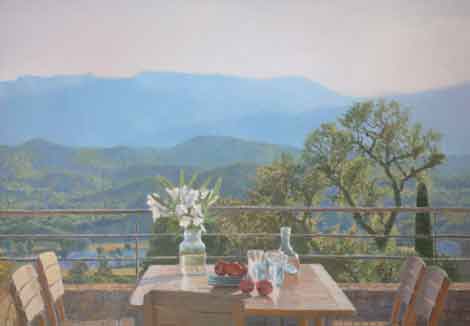 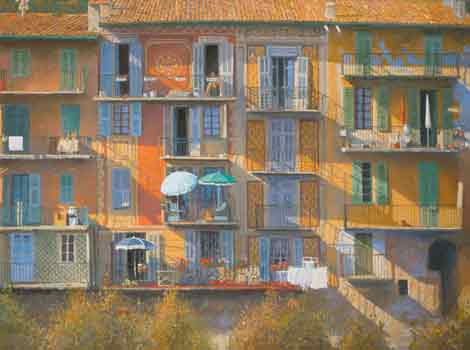 Houses in the Alpes-Maritimes

Houses in the Alpes-Maritimes 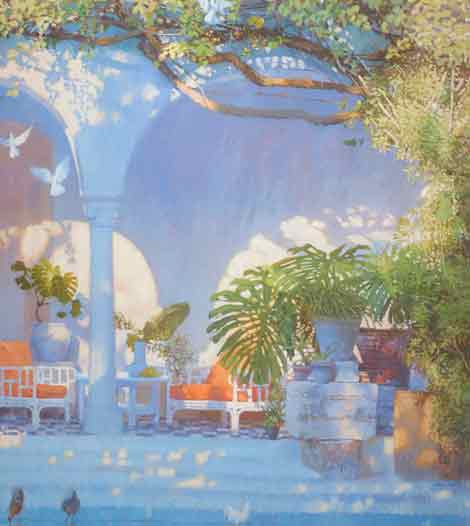 Sunlight in the Inner Courtyard

Sunlight in the Inner Courtyard 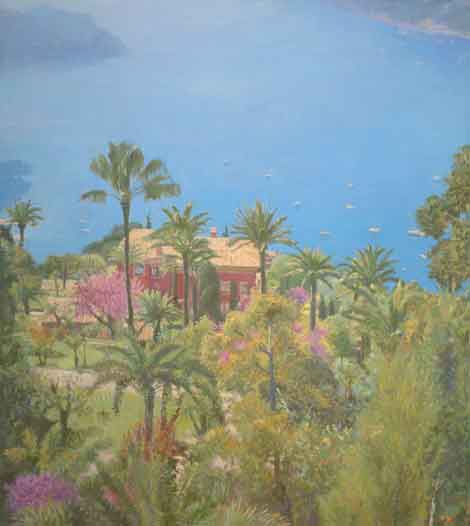 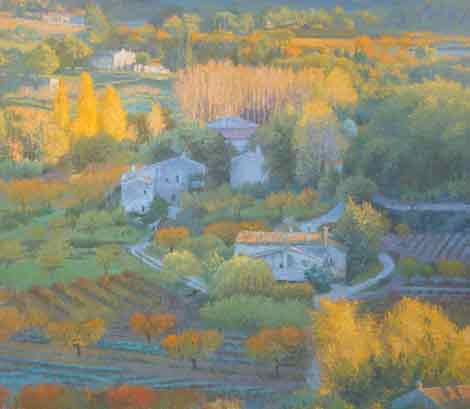 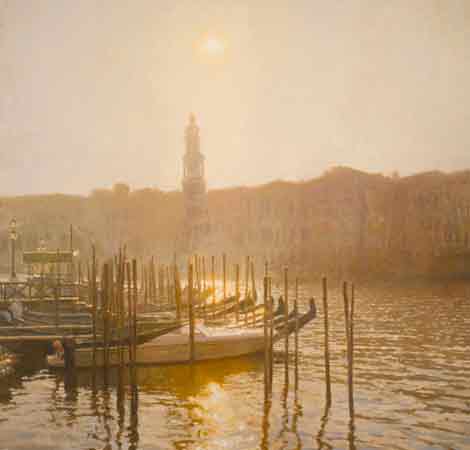 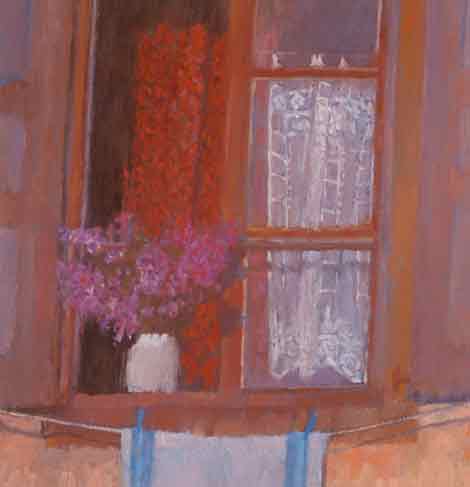 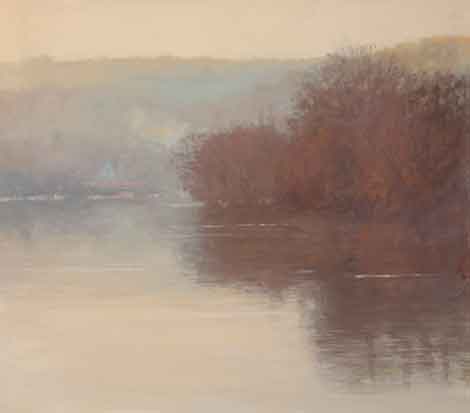 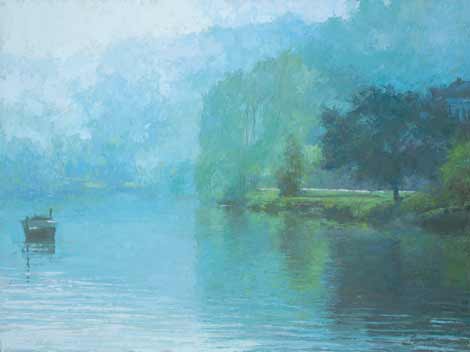 The Seine in the Mist

The Seine in the Mist