Picture for a moment Europe’s most beautiful locations: Provence, Venice, Prague. Think of them bathed in late summer sunshine, or crisp white winter snow. Immerse yourself in these beauty spots, surrounded by hollyhocks, olive trees, cherry blossom. There is simply nothing that can make the heart sing like these magical places.

This explains in part why Nicholas Verrall is having his 11th show at the Catto Gallery. Nick travels to these special corners of Europe, and returns with paintings of heart-rending beauty. Collectors adore them. They have done since Nick first exhibited with us in 1991, and they still do. We’re delighted to have this special artist with us after 25 years.

The new collection takes us on a typical Verrall journey across the calendar and across the continent. This gives the artist the chance to explore vastly different light and terrain. Winter Snow Scene, Prague depicts the chilly beauty of those short Northern European afternoons. Contrast that with the blossomy joy of April in Spring In The Garden At Villa Emo, and the languid late afternoon heat of Olive Orchards, Tuscany.

All of the above vividly evoke the natural splendour of their subject matter. But elsewhere, Nick chooses a more expressionist approach. In The Ochre Cliffs Of Roussillon, for example, the artist gives us an arresting wall of colour, while Mist Over Tuscan Landscape creates a brooding geometry of green, grey and purple.

Nick is now in his fifth decade as a working painter having studied Fine Art and Printing at the Northampton School of Art. After working briefly as a picture restorer, Nick decided to make a career of painting. His first one-man show was held at the Upper Grosvenor Gallery in 1971, and it wasn’t long before Nick's skill and talent was recognised by the Royal Academy in multiple exhibitions. His work has also been hung regularly by the Royal Society of British Artists since 1978.

Nick now has fans all over the world. His work is held in many private and public collections including The City of London, Surrey University, Crownlife and B.A.T. He counts George Michael, Victoria Wood, Lesley Joseph, Gabby Roslin and others among his customers. Meanwhile prints of his work have been sold by Ikea, WH Smith and the Art Group.

Nick is even passing on his knowledge, having authored a book “Colour In Light And Oils” in 2008. In it he reveals the technical skills that produce such consistently evocative work - colour blending, glazing, brushwork effects, impasto and layers of varnish that protect and lift the final image. He says: "In all my paintings, invariably there two elements that interest me most – light and colour. I am fascinated by the way that a certain quality of light can radically alter the character and impact of a subject and make it something unique, and it is this moment of 'uniqueness' that I try to capture in my paintings through the considered use of colour.”

Students across the world have dived into this book to unlock a lifetime of painting secrets. But there’s only one Nick Verrall. And the Catto is delighted to showcase his work for a record 11th time. 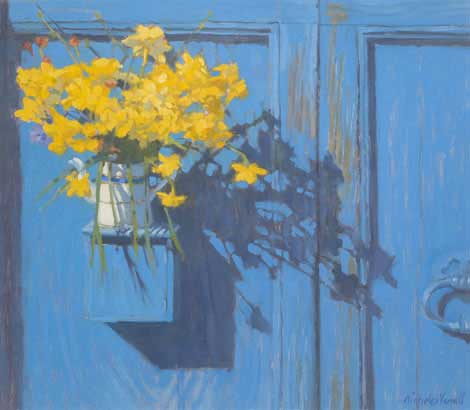 Spring Flowers against the Blue Door

Spring Flowers against the Blue Door 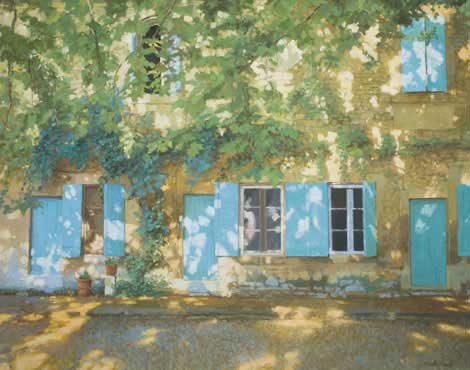 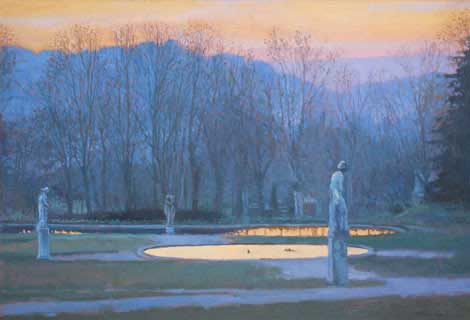 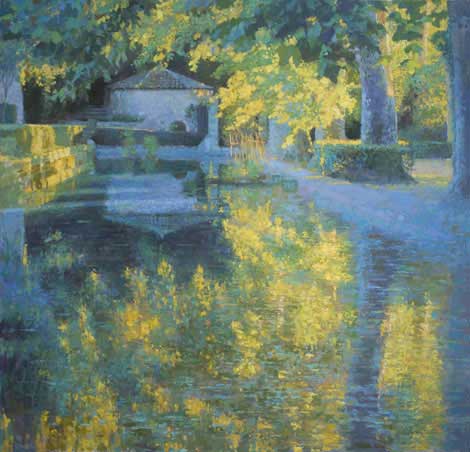