People frequently compare the paintings of Rachel Deacon with those of grand masters such as Ingres, Raphael and Renoir. Like them, she is rather fond of the pneumatic female form. A bit obsessed, even. But there’s a crucial difference. While Renoir’s beautiful ’baigneuses’ just bathe, the magnificent women of Rachel Deacon give tattoos, box and fill cars with petrol. They also do falconry. And they remain seriously sexy throughout.

Though Rachel Deacon is flattered by the comparison to classical giants, she says she was never inspired directly by them. Rather, her preference during her art school years was for Paula Rego and Frieda Kahlo. She liked them for their facility with narrative and symbol. “I love the ambiguity in their work, that sense that there’s something deeper going on.” she says. Years later, Rachel remains in thrall to this idea. Most of her work is inspired by a book, poem or quote, though she’s careful to leave the viewer to do some of the work. She gives the example of a Mary Oliver poem.

“I want to think again of dangerous and noble things. I want to be light and frolicsome. I want to be improbable, beautiful and afraid of nothing, As though I had wings.”

Unsurprisingly, this directly inspired the work ‘Dangerous And Noble Things’ with its winged duo of sultry females. But it actually serves as a good summation of all Deacons’s new collection. The women here are certainly beautiful and afraid of nothing. For example, there are paintings that seem to play into that cliched old idea of the ‘male gaze’ that runs through the history of nude painting. Take 'Imagined Space', for example. It’s very erotic. The outfit leaves little to the imagination and the model is staring provocatively at the viewer. ‘Like what you see?’ she seems to be saying. And yet other works show women being light and frolicsome. They’re at ease in each others’ company, caring little for who’s ‘looking’ – 'The Kiss And Tell' or 'No Attention to Boundaries' for example. Finally, there are the dangerous things – the aforementioned falconers and tattoists – leading women into unexpected places.

Rachel Deacon’s blend of the traditional and the contemporary has proved a potent mix. She is one of the Catto Gallery's most beloved artists. This will be her third show at the Catto since her debut in 2012. Rachel came to Hampstead after two decades as a full time painter, having graduated from the Chelsea School of Art in 1991. It took just a year for her to win her first solo show. Since then, she has exhibited constantly and won collectors all over the world.

Interestingly, these fans are divided equally between the sexes. “I have always painted women. I am drawn to the female form and just don’t find men as interesting to paint,” she says. “But my collectors are split 50/50 between men and women, which I love.” 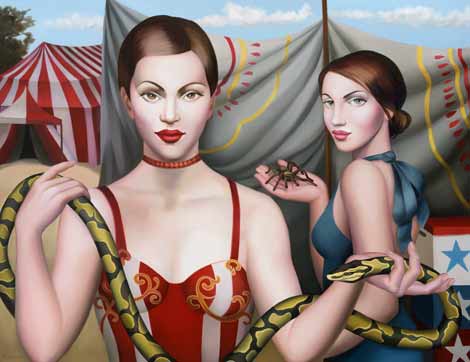 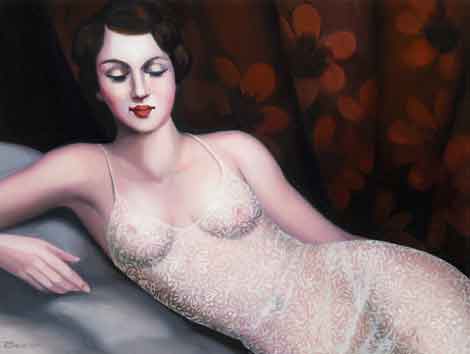 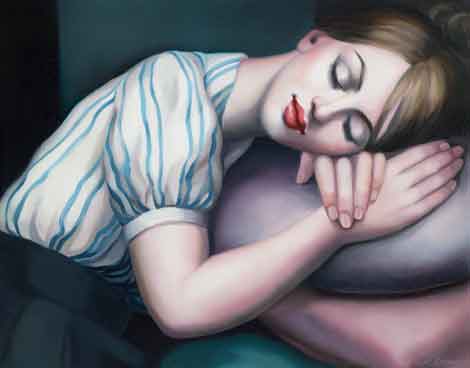 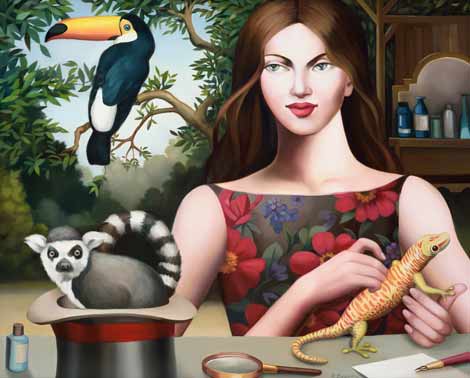 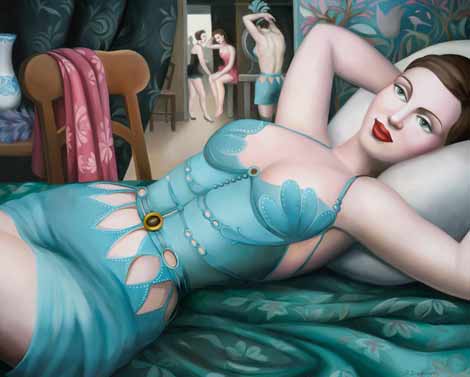 Behind the Scenes at 2 O'clock Club

Behind the Scenes at 2 O'clock Club 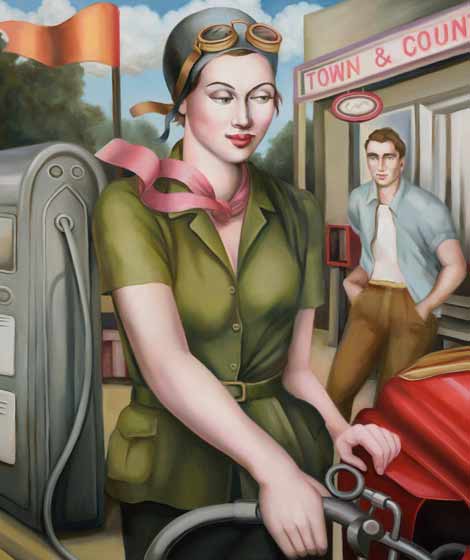 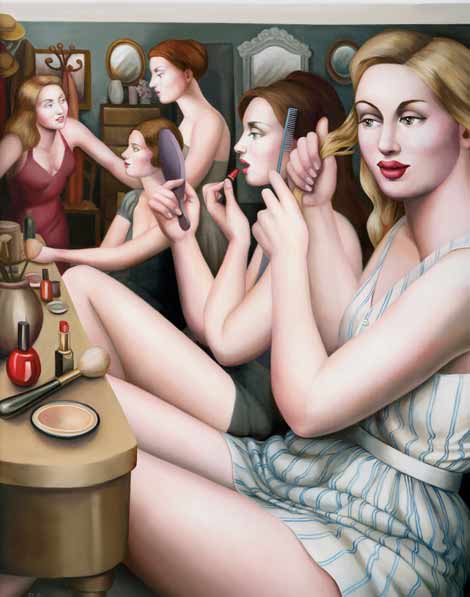 The Kiss and Tell

The Kiss and Tell 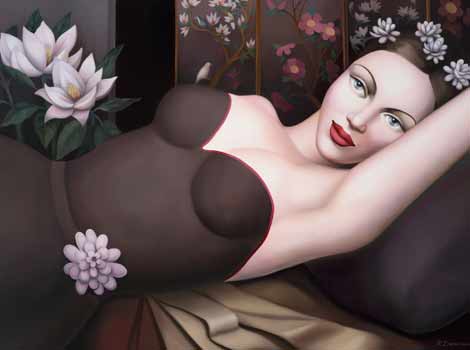 The Ushering of Wisdom

The Ushering of Wisdom 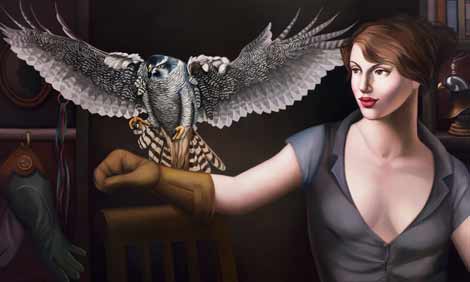 Keep up to date with Rachel Deacon's work