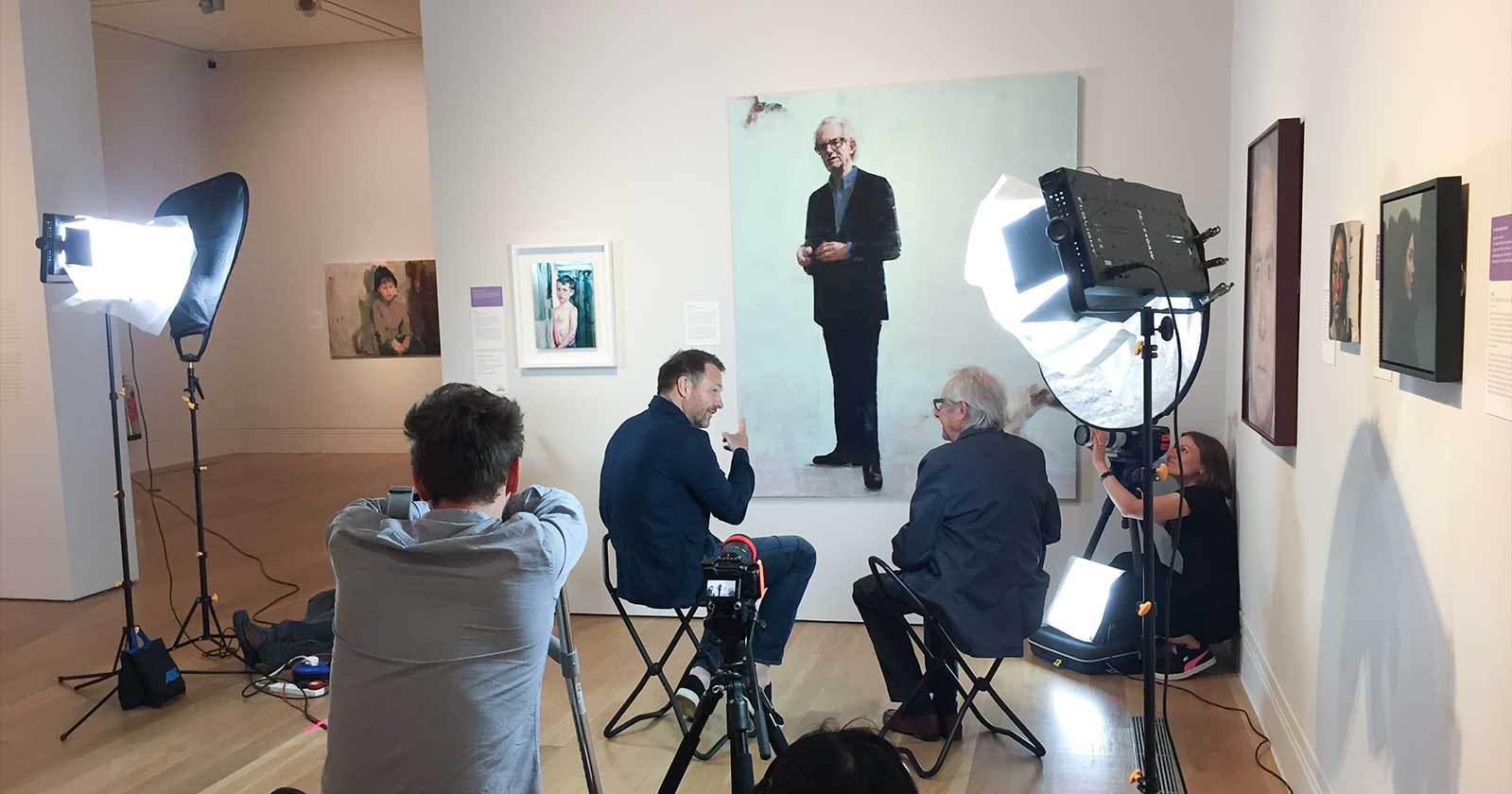 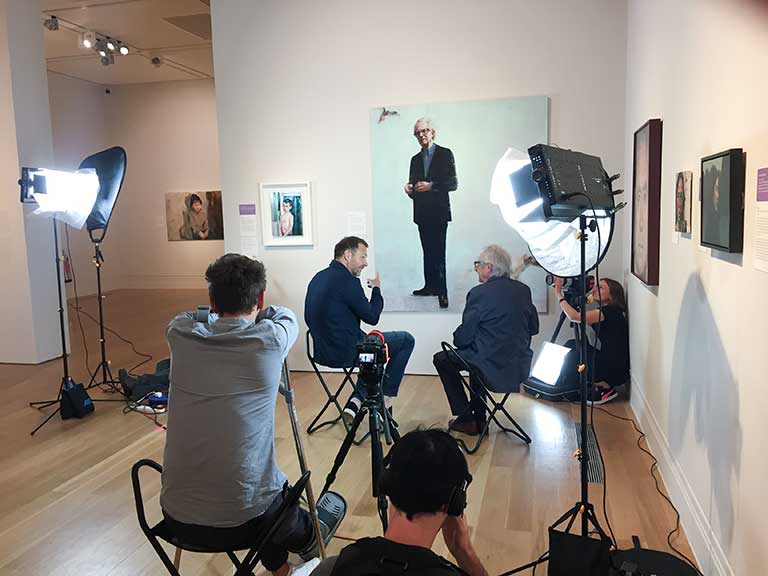 What he does are paintings that are in the best sense slippery. They change as you look at them. And their possible meanings change too. 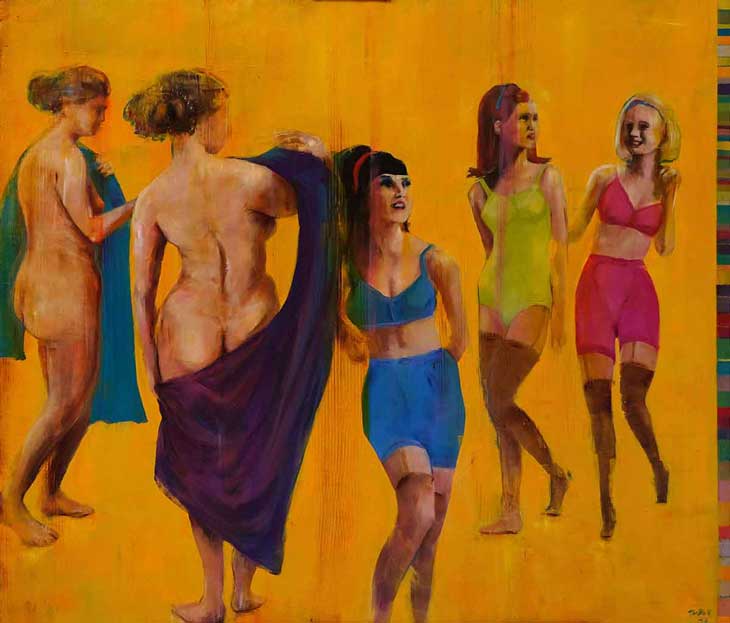 Past Imperfect - Todays Richard’s painting feature in private collections all over the world. Best known as a portrait painter he won second prize at the BP portrait Award for his painting of Jean Woods.

Richard Twose is a master of the 'non finito', where paintings are carried only to a point, leaving the spectator to fill in for themself. As well as portraits, his beautifully crafted paintings reference, amongst other things, Greek myths, British folklore and quantum physics. We welcome back the award winning artist for his second solo exhibition. 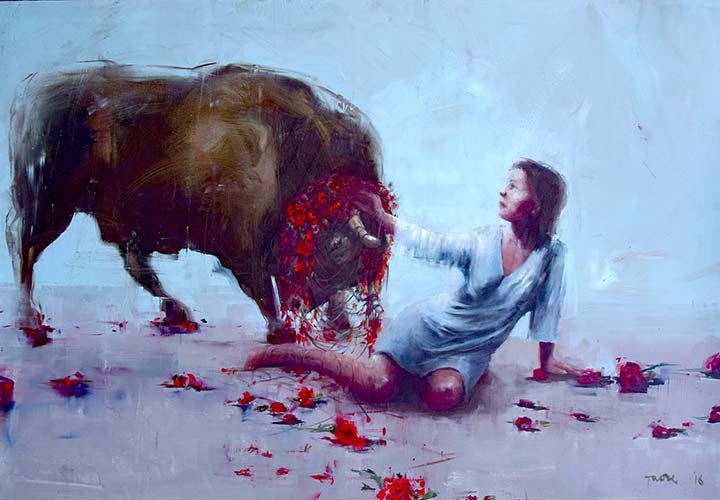 After coming second in the BP Portrait Award at the National Portrait Gallery in 2014, Richard Twose decided it was time to become a full-time artist. He has subsequently had a series of fascinating commissions and his work is now held in several private and public collections in this country and internationally. This is his first exhibition with the Catto.

Richard Twose is playful. This is not a description that can very easily be applied to contemporary practitioners of painting. It is more obviously apt for artists who currently work in other disciplines – performance and installation, for example. Very often, when I am confronted with an ambitious installation in some prestigious setting – a major museum such as Tate Modern - I find myself murmuring under my breath: “Yes, this is really an enormous playpen for not-quite grown ups – Donald Trump might enjoy romping in it with President Putin.”

Twose doesn’t do playpens. What he does are paintings that are in the best sense slippery. They change as you look at them. And their possible meanings change too.

Partly this is a matter of technique. Twose is a master of what used to be called, in the days when the masters of painting were still the Old Masters, the non finito. What this phrase implied was not that the work of art had for some external reason been left incomplete, but that it had been carried only to a point where the spectator had something to fill in for himself, because this incompleteness created a more dynamic relationship between the person who looked and what was being shown to him.

That is very much the case with the series of paintings presented here – technically they are masterly examples of the ‘just enough’.

The paintings are often slippery in other ways as well. This is strikingly the case in those with titles that refer to Greek mythology, and also to Homer. These texts provided basic source material for generations of painters in the past. It is amusing to find them being wittily re-used here. Zeus, Odysseus, Persephone, Sisyphus are all of them alive and well in the new context provided.

Twose is keenly aware of the metaphorical life of objects, as opposed to their actual physical presence. In a recent statement he says: “An apple, a bull, objects falling, can all be read as metaphors but will have different meanings depending on each viewer’s cultural frame of reference (this includes political associations – the water and hands of hands and books paintings for example). Magpie-like tough, I also happily steal from Greek myths and British folklore, quantum physics and my personal history.”

One of the main themes of this group of works – one of the central metaphors - is the idea of instability. The figures shown, often clearly intended to represent the artist, are flying or falling. Horses, too, are given a major role in this unstable cosmos, as are birds. In a painting entitled The Sea Horse a male figure, stripped to the waist and clutching two fish, one in each hand, stands unsteadily on the back of a white horse. The horse seems quiet enough, but the man is ready to fall. In Experiments with Gravity a similar figure is in mid air, plunging head down. Around him flies a flock of birds, some of which seem to be attached to his outspread arms by strings, carried downwards with him, vainly struggling to escape.

These are not surrealist paintings. They have none of the verisimo we associate with Magritte and Dali – two very different classical surrealists who nevertheless have that quality in common. The technique tells us that we are looking at a flicker in the continuum, that these are the representation, as near as the painter can get to it, to a series of indrawn breaths. He’s holding each of these breaths, waiting to exhale. When he does, in each case, though maybe by ever so little, the unstable world he shows us will change.

Twose is a master of what used to be called, in the days when the masters of painting were still the Old Masters, the non finito". Edward Lucie-Smith Art critic, writer and broadcaster

Keep up to date with Richard Twose's work