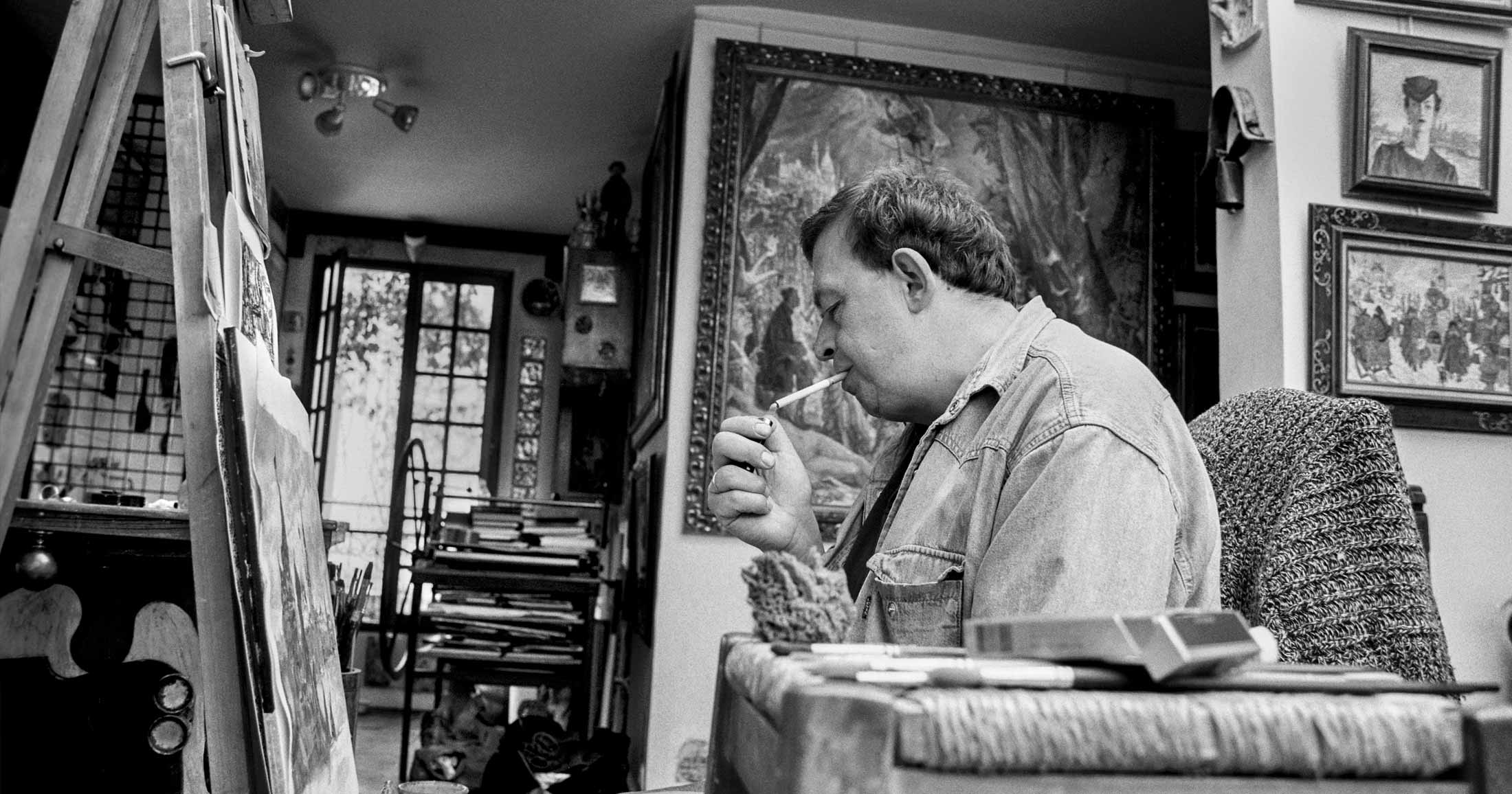 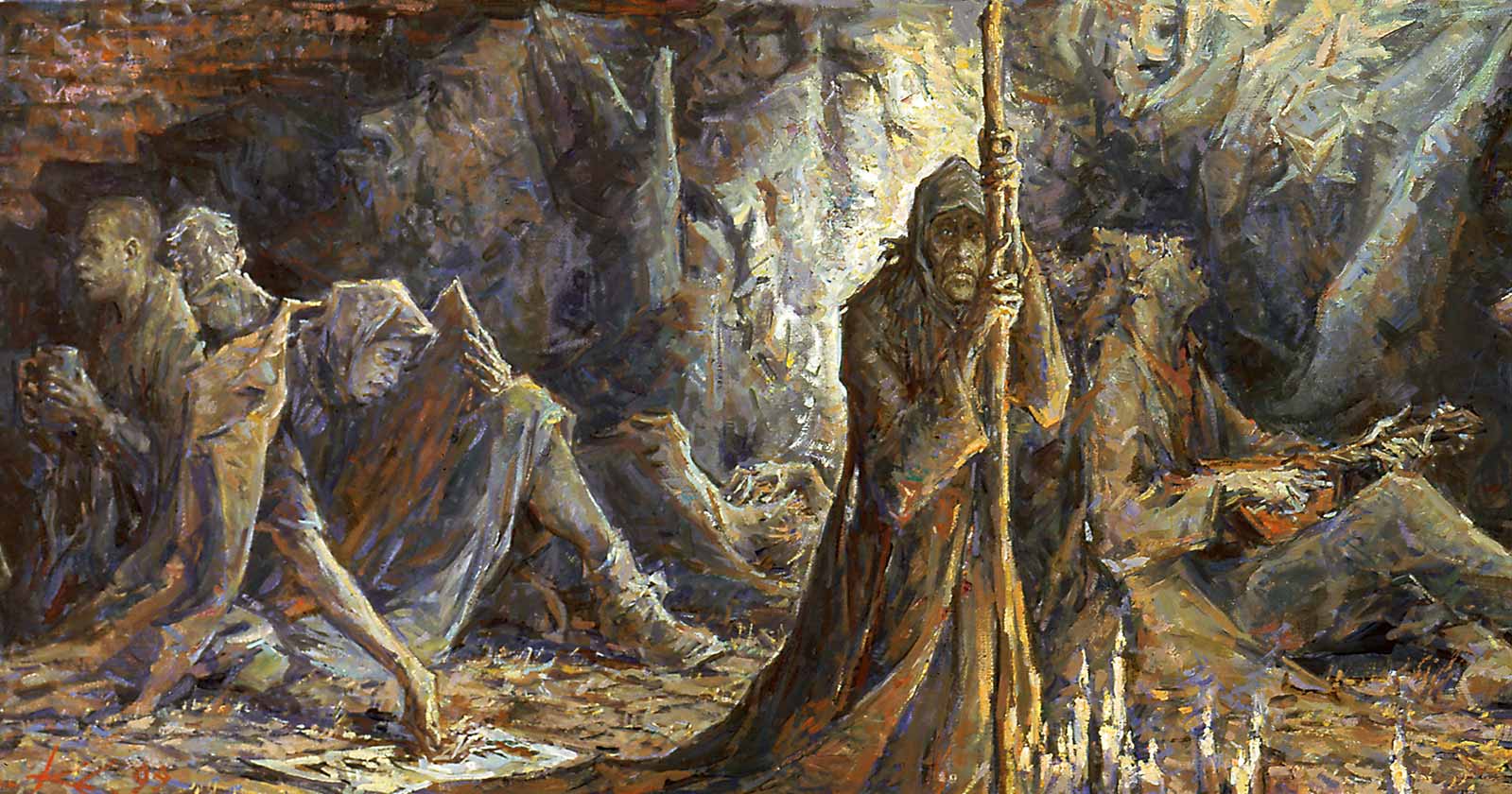 Sergei Chepik (1953 – 2011) was one of the greatest painters to emerge from the former Soviet Union. So forceful is his vision that even if it’s full meaning is not comprehended it’s power and anguish is undiminished. 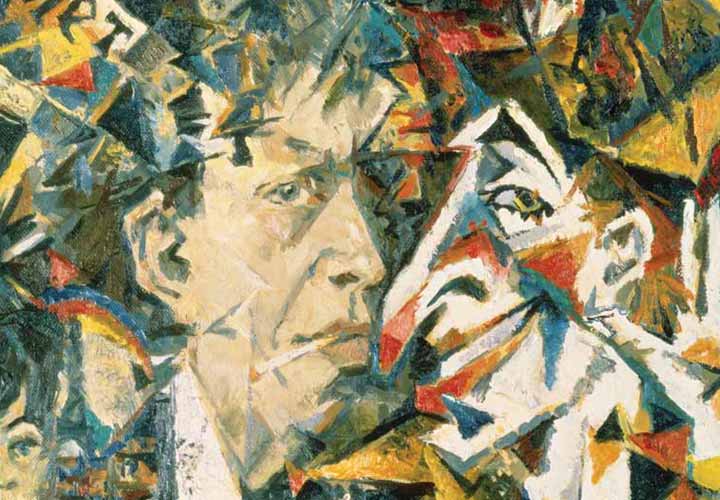 Thanks to some very generous clients, friends and collectors, we were able to bring together works from the start of his career in Russia to the very final portrait of his wife Marie-Aude in November 2011.

For almost 20 years, Sergei Chepik has been hailed by the press as a 'searing visionary', and 'one of Russia's greatest living painters'. This 'unclassifiable' artist has painted portraits of Rudolf Nureyev and Margaret Thatcher (in 1993), has created a monumental series of four canvases – The Way, the Truth and the Life (2002-2004)– for St Paul's Cathedral in London, which has marked the starting point for a new vein of religious inspiration, expressed between 2005 and 2007 by three major works: The Prophet, The Redemption, and The Last Supper. He has lived and worked in Paris since 1988.

Born in Kiev in 1953, to an artist father and sculptress mother, Sergei Chepik grew up in a family anxious to preserve the values and culture of pre-1917 Russia, and started painting at the age of five. Admitted to the prestigious Repin Institut in Leningrad ( the St Petersburg Academy of Fine Arts), he graduated brilliantly in 1978 and began immediately to work on his first paintings, while travelling across Russia and perfecting his technique in classes held by the Academician Andrey Mylnikov, a pupil of Igor Grabar who was, together with Alexander Benois, one of the theorists of the prestigious World of Art movement, led by Sergey Diaghilev. Chepik's long years of apprenticeship with demanding and open-minded masters instilled in him a lasting cult of professionalism, a taste for excellence and a deep respect for the artistic heritage of past centuries.

Sergei Chepik's masterpiece The House of the Dead, painted in 1987 and banned from public display in the USSR, determined his voluntary departure to France, where the painting won the Grand Prix at the 1988 Salon d'Automne. In the following year, his painting The Tree won the Monaco City Award. In 1990, Chepik held his first solo retrospective in London, at the Roy Miles Gallery, enjoying unprecedented acclaim. Chepik has exhibited annually in London ever since, first with the Roy Miles Gallery, and, from 1997, with the Catto Gallery. He also exhibits in Paris, having presented a retrospective at the Espace Pierre Cardin in 2004, and in Milan, where a retrospective of his religious paintings was held in 2008.

Well-versed in all media, from watercolour and oil to etching, ceramics and sculpture, mastering all genres from portraiture – at which he excels – to composition - his genre of choice-, via landscape and still-life, refusing the facile temptation of the tabula rasa, and resolutely figurative, Chepik is a scrupulous, rigorous artist who sees art as a difficult, demanding profession, which cannot be improvised, but which – in addition to talent and imagination –requires hard work, discipline, patience and willpower.

His wide-ranging themes constitute a highly distinctive, immediately recognisable visual world: here are the vast compositions about Russia, in which Chepik – in canvas after canvas – ceaselessly questions and explores the tragic destiny of his native country, as well as his many fantasmagorical and philosophical compositions (Atlantida, 2009).There are scenes, too, from his daily life in Montmartre, and his many journeys throughout Europe: Paris and the chimeras of Notre-Dame, Venice and its Carnival (Les Miroirs de Venise, 2009), Arles and its corridas (Omnes in arena morientur, 2008, Ceux qui vont…, 2009), the world of the circus and show business, boxing rings, backstage at the Moulin Rouge and entertainers ( Finita la Commedia, 2009) .

A short video about the four huge panels portraying the life of Jesus that were hung in St Paul's Cathedral in 2005. 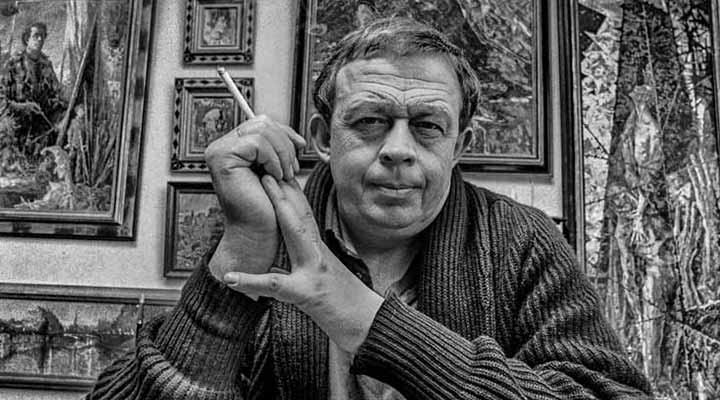 A selection of stunning photographs of Sergei Chepik at work in his studio in Paris by the French photographer Guillon are available from the gallery.

Keep up to date with Sergei Chepik's work