Walking into Simon Garden’s studio you enter his world. Suspend disbelief and close the door on the mundane everyday. There is opera on the CD player – La Bohème - a spine-tingling performance by Gigli, warmth emanating from a glowing wood burner in the corner and luscious dollops of paint arranged in little mounds on a trolley, plus the unmistakable heady odour of linseed oil coming from pristine yellows reds blues and whites. Sensory overload! The walls are lined with paintings, finished, barely begun or in progress. It is as sumptuous and seductive as wandering into the most extravagant French patisserie or a warehouse full of the most exquisite silks.

This is a new space for Garden. The last eighteen months have been ones of flux and change. He and his family uprooted themselves, moved house and he acquired a new studio all of which left him without a studio space for about 16 months. As with all artists the enforced break has had consequences and the build up of pressure to start working again, the imperative need to paint, has resulted in an outpouring of work that is changed and subtly different. During this fallow period the brain the hand the eye were still unconsciously processing ideas so that when he entered his new studio he had already moved on from where he had left off and taken a seismic leap forward. Many of the slow stages of changing his way of making art had happened inside his head.

Garden’s new paintings are much more concerned with surface. The paint has been scraped back uncovering forgotten areas. His excavations have unearthed and created graffiti-like marks and layers of underlying colour.

Colour is now immensely significant in that Garden has become his own colourman making his own paints. The catalyst for this major change to his practice was the commercial banning of lead white for health and safety reasons. Now there are no solvents in his studio, no chemicals. He goes through a long process of refining his own oil, mixing it with salt, sand and hot water, shaking it until it emulsifies and then boiling it. Having repeated this process three times he then mixes it with either dried or liquid pigments. His brushes lie in a bath of oil to keep them supple and ready for use only needing a wipe with a cloth to start using them. The process is time consuming but therapeutic and oddly, it is also time saving. These pigments mixed only with oil, dry in two days rather than two weeks and they also offer immense subtlety of hue. Garden is using the techniques of the old masters.

This new approach has deepened the internalisation of Garden’s process and his obsession with paint as a material. “Any poetry in the images is about the abstract, the shape and the hue”. He wants the painting to be the idea, not anything that is tacked on to the image. The immediacy of this approach keeps him inside the painting.

He has a fascination for the scuffed marks and damage that characterise medieval and Quattrocento frescoed walls and he is beginning to explore and break down the surfaces of his old paintings. Alongside the exploration of surface and texture he is also becoming deeply concerned with edges leaving them broken so that they reveal the colour coming through from underneath. This gives his new work a much greater sense of objectness and references bits of frescoed plaster torn or tumbled from an ancient wall. The story telling is still there but now it is enshrined in the abstract qualities of the compositions. He has exchanged prose for poetry and the narrative is that of the paint the surface the texture and the immense range of intense hues.

Garden’s breakthrough moment was when he got back into the studio, destroyed a couple of old paintings and then worked back into them. He changed his tools using big knives so that he was not distracted by small detail. Blocking out areas of earlier works has allowed him to find shapes within them so that these become transitional paintings searching for the sublime.

The work is now more abstract, paired down to essentials. Half-hidden shapes intrigue, drawing the viewer in, nothing is explained. The pictorial space is flattened, figures, trees, objects like hieroglyphs, indicate something, but are less visible. They retain their mystery. Scratched figures are part of the background, negative and positive spaces are interchangeable. Garden’s trees have always been idiosyncratic now they are amorphous shapes suggestive and sometimes sinister. The strange narratives, a residue of magic realism are still evident, endlessly asking questions and leaving the answers hanging in the air. The presence of oblique pictorial reference, the absence of the literal traditional narrative, one has been exchanged for the other. These elements are a significant departure from Garden’s more illustrative approach.

The new quality of paint is enormously seductive, almost edible. The range of colours particularly in the whites is extraordinary. The ragged torn limits of the board are irresistible, three-dimensional, rejecting all suggestion of a definable boundary. Garden has always used heavy layers of paint, impasto if you like, but now the slabbed paint has a visceral quality that invites touch. This material, this stuff of pigment and oil, the poetry of these jewel-like yet subtle colours, the broken edges are the subject here. These timeless paintings go beyond image. They have an existence which embraces the physicality of the material and touches on the ungraspable of the mystical. 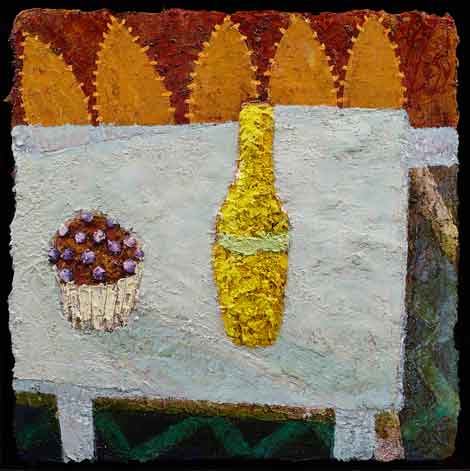 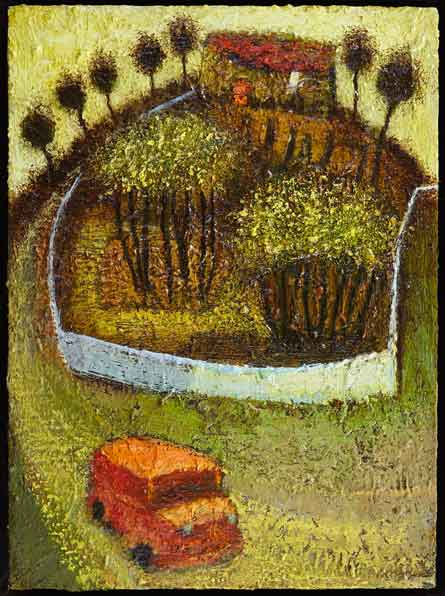 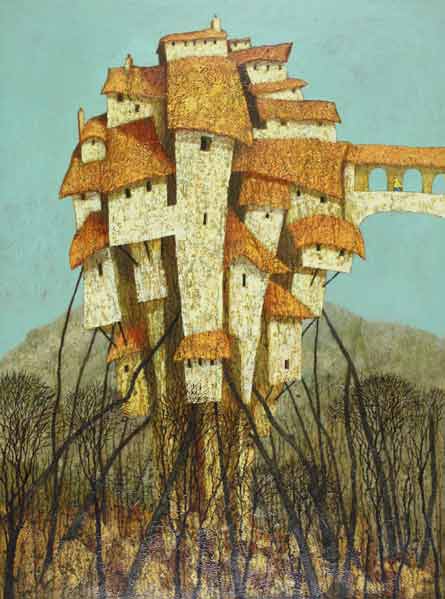 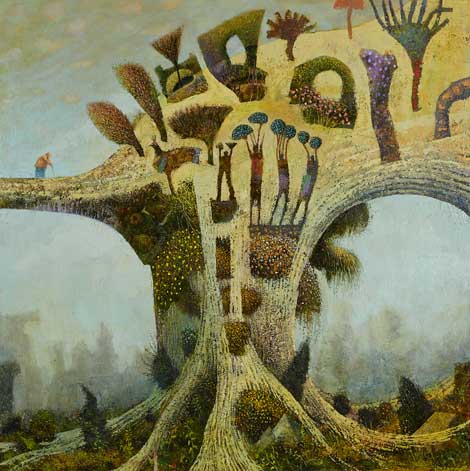 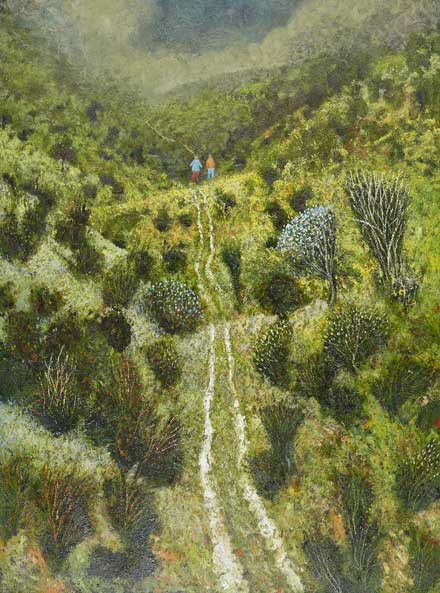 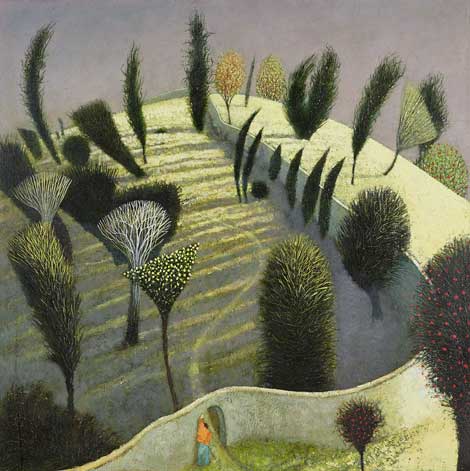