This history of art is one long process of retrospective pigeonholing. A bunch of painters who barely know each other, but whose work is kind of similar? Let's put them into a single group and call them the Abstract Expressionists. Or the Post-Impressionists. Or the Fauves.

It's so easy to put artists into neat boxes. But, let's be honest, it never does them justice. And so we come to Simon Garden, and his wonderful new show at the Catto. Which compartment do we put Simon into? He doesn't fit neatly anywhere. We need more boxes.

Into one we can place his dream-like landscapes. Consider a painting such as Artist's House in which strange trees grow on an impossible mountain springing from the raging sea. Or Looking At The Old World. There are people and cars here, but what exactly are those giant structures in the distance?

We might need another box for Simon's more humorous pieces. Something like Neighbours, where a fellow and his dog pop over to next door's by means of a terrifying looking tightrope that connects the two houses. Then there's Visiting Aunt Mable. Here, a simple trip to a Mable's cottage comprises a death-defying obstacle race up a series of vertical islands.

Not your thing? Well, consider Simon's charming portraits. Gift, for example, or Flower Woman. Both of these works a lovely sense of naiveté – and also showcase Simon's facility with paint. Indeed, it's a trademark of his style to layer on the paint so thickly that its texture itself becomes a feature of the composition. In some works, the effect is particularly striking. The title of Woodsman is a little misleading, since the titular character is dwarfed by a vast tree built up from slabs of glutinous green and brown paint. It's such a tactile and vivid image. And you can say the same of Storm, in which the artist brings alive the violence of the ocean in swirls of oily green and blue.

Simon's commitment to these effects is such that he now creates his own paints. He has perfected a process in which he mixes the oil with salt, sand and hot water, then shakes it until it emulsifies before finally boiling it. He does this three times, then mixes in dried or liquid pigments. He admits the method is time-consuming, but it's also therapeutic – and it produces fantastically subtle colours and textures. These qualities perfectly serve the effect Simon is seeking in his art. “Any poetry in the images is about the abstract, the shape and the hue,” he says.

This is Simon's second show for the Catto – the latest episode in an artistic journey that started when he completed a first class honours degree at Exeter College of Art and Design in 1982. After a successful showing at the 1998 Summer Exhibition at Beaux Arts Bath, Simon went on to exhibit throughout the UK. He has been a regular exhibitor at the Royal Academy and at the Royal West of England Academy, where he became one of the youngest artists to be elected as an Academician.

Over two decades, Simon has emerged as one of the UK’s most beloved and imaginative artists. His work exists in the hinterland between real and imagined, between the dream and the waking world. And it’s this slipperiness that makes it so compelling. In this show, there’s no finer example of this than Meditation Table. Here, in a bare landscape sits an unremarkable yellow table. Next to it, the branches of multi-coloured tree burst out of the ground like a raging geyser. Meditative stillness meets riotous energy. Not easily pigeonholed. 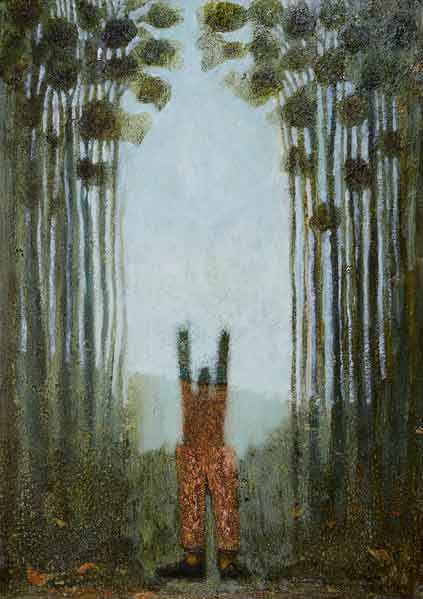 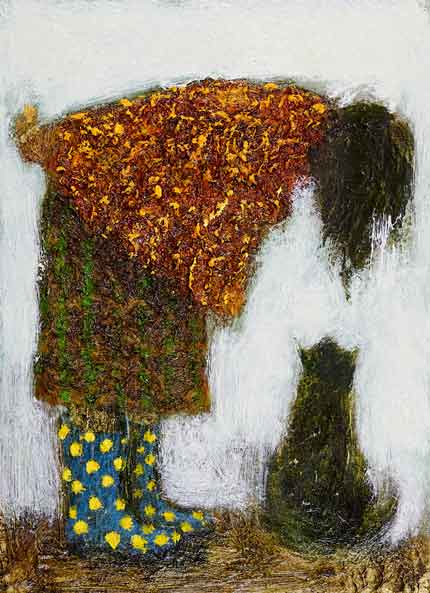 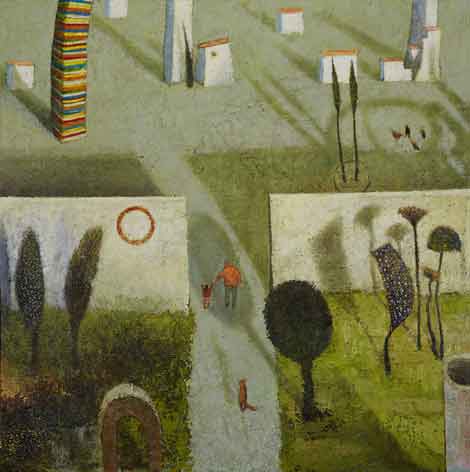 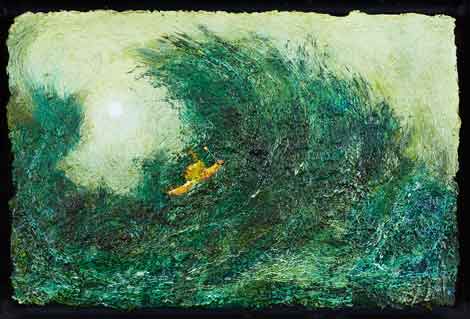 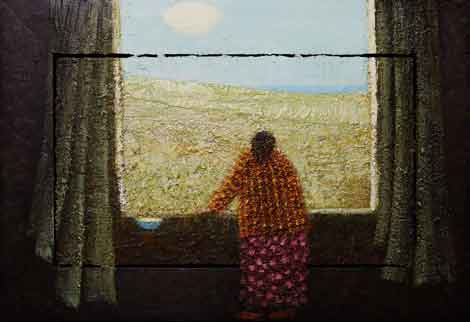 View from the Top

View from the Top 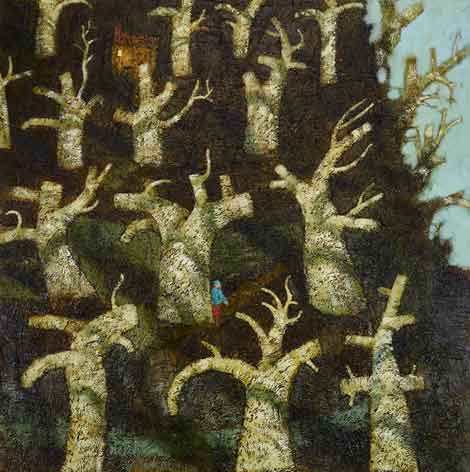 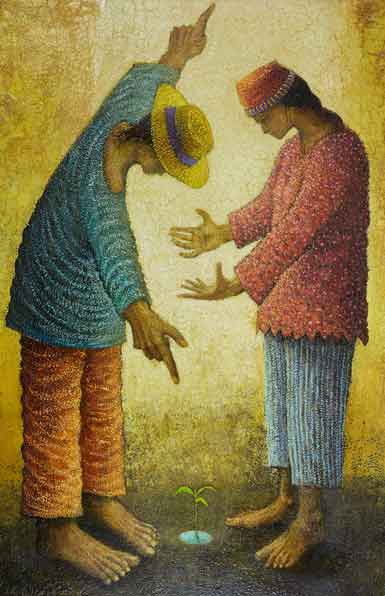