Sue Fitzgerald's vivid, colourful and vibrant new collection is a tribute to her memory and her sketch book. For once, it's nothing to do with her passport. To explain: Sue is a traveller. In a typical year she makes several trips to exotic destinations. Her objective? To seek out inspiration in fabrics, textiles and local objects of interest. She then brings her discoveries home to serve as inspiration for her fabulous work.

Obviously, the pandemic put a stop to all that. Instead, Sue was confined to the Kent countryside. But a lack of overseas travel couldn't stop the itch to paint. In the absence of fresh inspiration, Sue opened up her bulging trove of treasures. She was pleasantly surprised.

"Painting this new series was certainly different," she says. "I had to rely far more on my experiences and my memories. And obviously my sketch book too. But I actually really enjoyed it. Looking through my objects, I re-discovered some items that I would definitely not otherwise have considered."

She gives the example of the fan that appears in 'Tea On The Verandah, Singapore'. "I'd forgotten I had it," she says. "But fans are such a great shape aren't they? I knew a fan would work really well in that composition."

While the pandemic prevented Sue from travelling, it did nudge her towards exploring the countryside around her. For the first time in a long time, Sue painted local scenes. This proved another pleasant surprise for the artist, and we can see the happy consequence of this in works such as The Weald, Kent.

Sue might have been creatively inspired by her enforced stay-at-home status, but one gets the impression that she would have painted regardless. Why? Because she is a grafter. "I am an early riser, and I try to start painting at 7.30 every day," she says. "I'll do this six, sometimes seven days a week when I have a new exhibition to work towards. I was in the studio all through the winter. My friends would complain about the awful weather, and I would genuinely not know what they were talking about."

We should be delighted at Sue's work ethic. She is one of the UK's finest colourists. Her work is a feast for the eyes, just like that of the ‘Nabis’ school of French painters – Vuillard, Bonnard and Denis – that she openly admires. Like them she delights in playing with perspective and colour. She is willing to abandon conventional perspective in her compositions if it serves a greater artistic ’truth’.

Indeed, she pushes this impulse so far that some of her work verges on abstract geometry. The result is a painting such as 'Vines in Late Summer: Clemont l’Hérault'. Sue says: "You look at those fields and they really do resemble patchwork. The colours changes all the time. There's no other way to paint them." 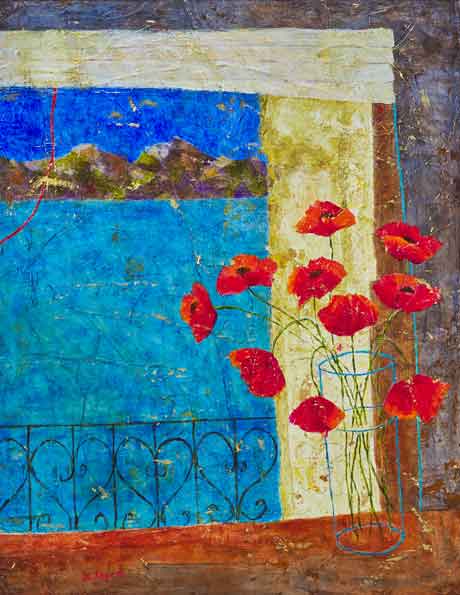 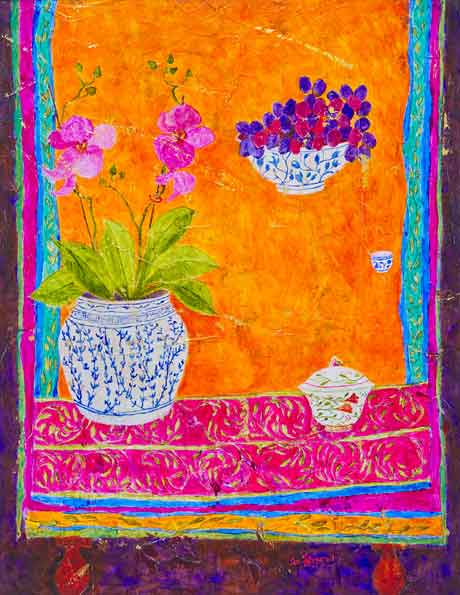 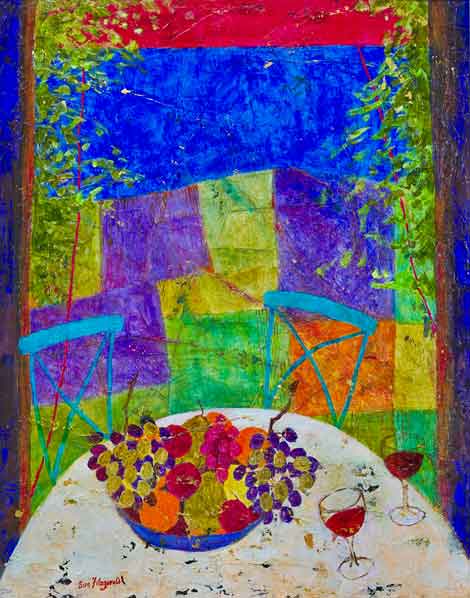 Red Canopy on a Terrace in Apt

Red Canopy on a Terrace in Apt 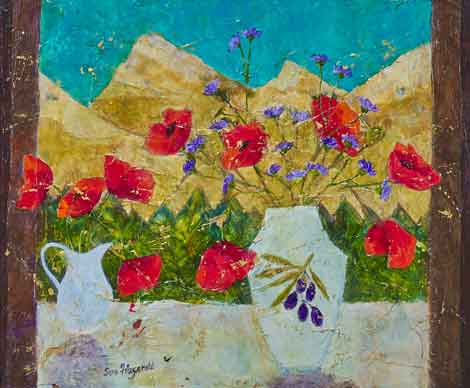 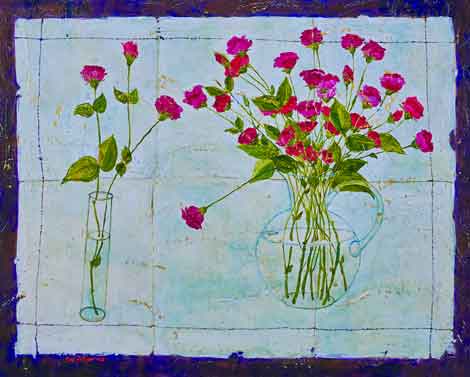 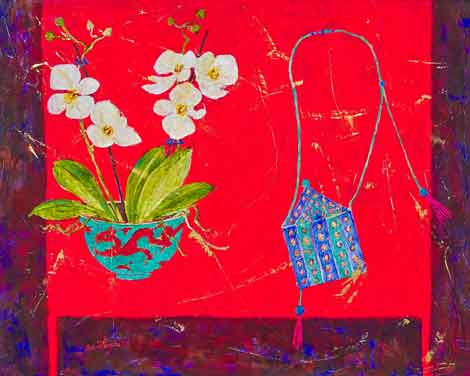 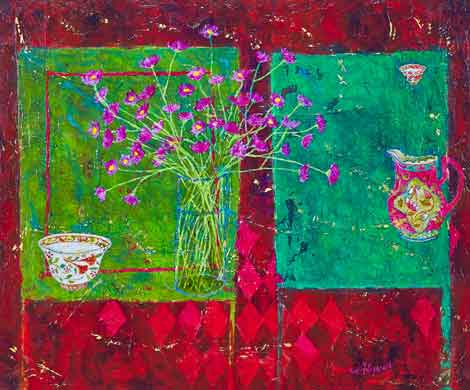 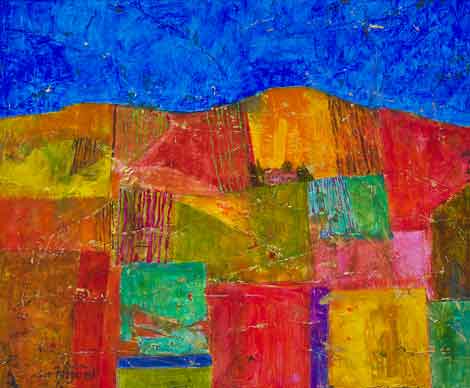 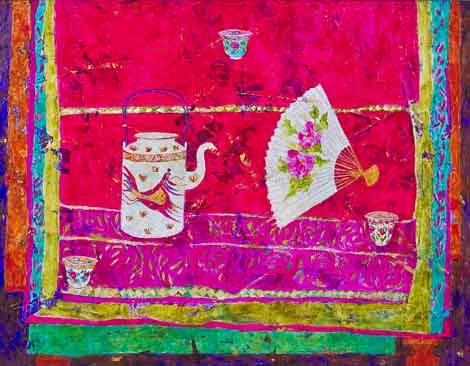 Tea on the Verandah, Singapore

Tea on the Verandah, Singapore

Keep up to date with Sue Fitzgerald's work