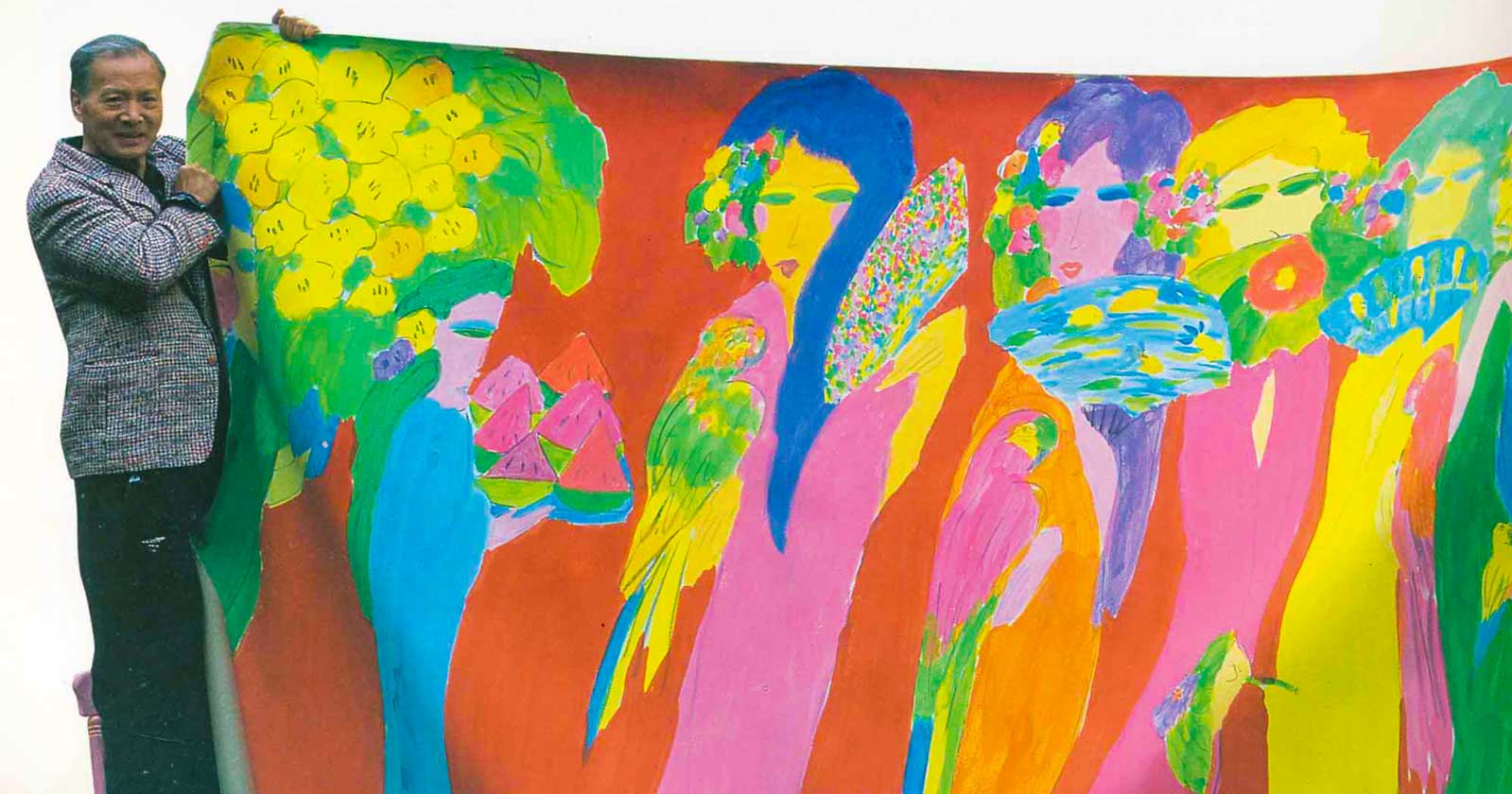 Walasse Ting has a unique place at a spot between pop and abstraction, and between the US, Europe and China. 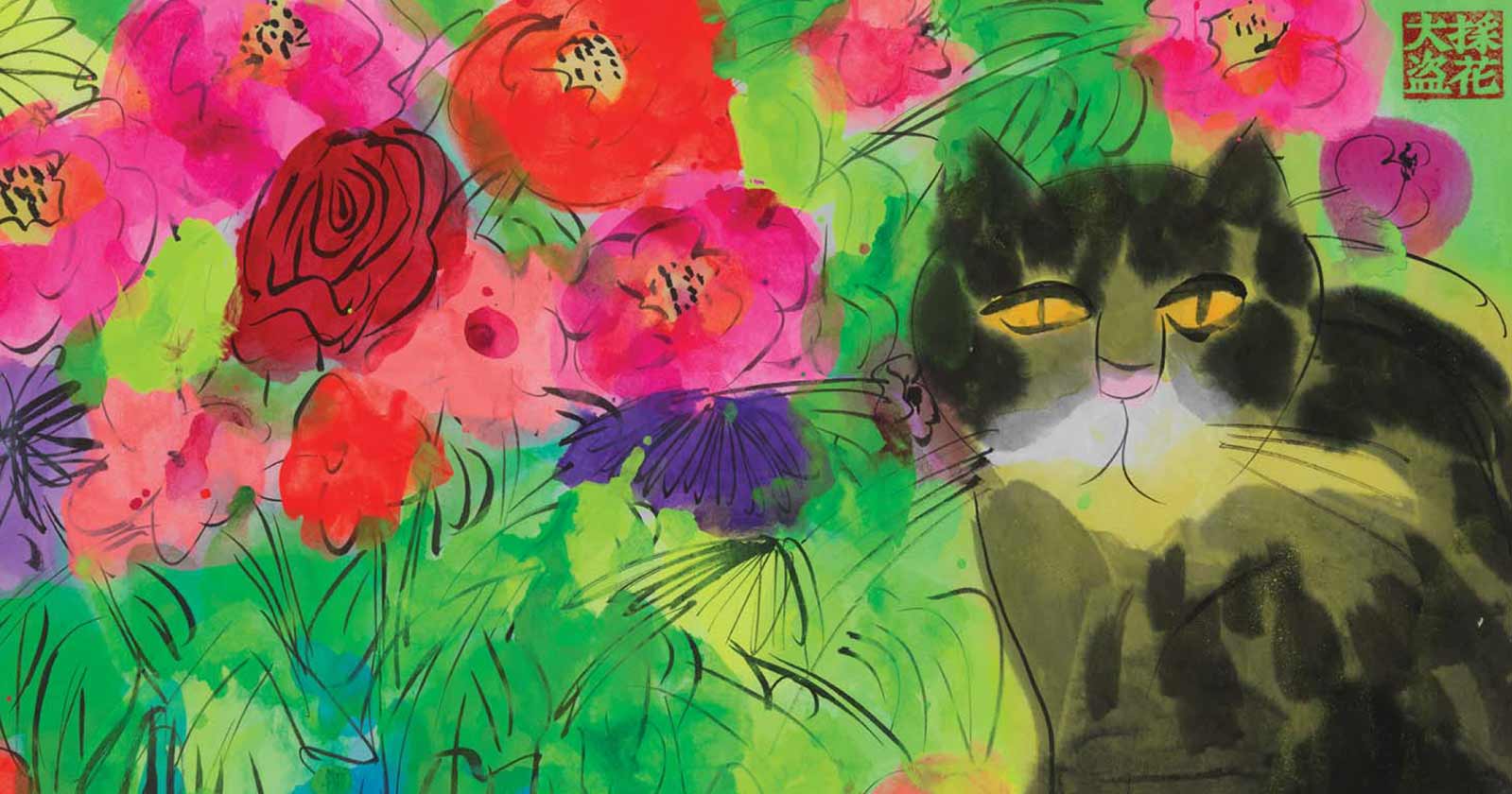 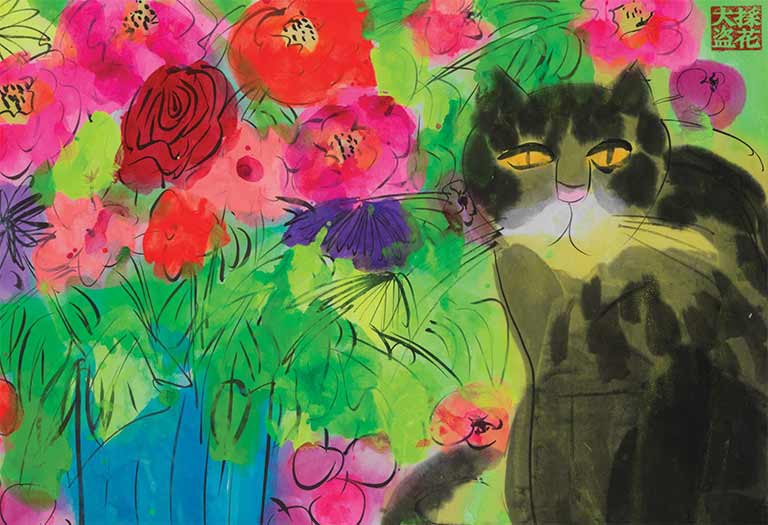 We are delighted to have received a new consignment of original Walasse Ting paintings. Come and see these stunning paintings at the gallery during March. 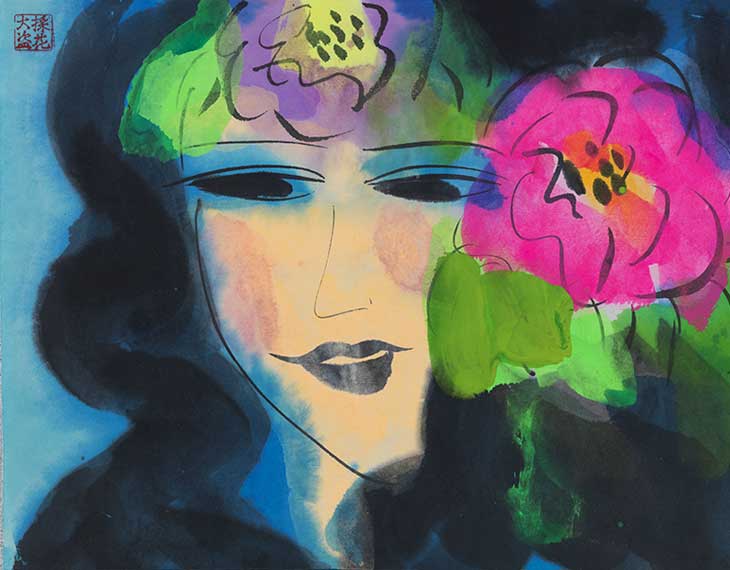 Seven years after his death, Walasse Ting’s place as a giant of 20th century painting is assured. In this new exhibition, Catto Gallery is excited to reveal a selection of never-before-seen Ting paintings. They come direct from the artist’s estate and showcase the vivid style that collectors love best: of sensuous women, inscrutable animals and floral bursts. 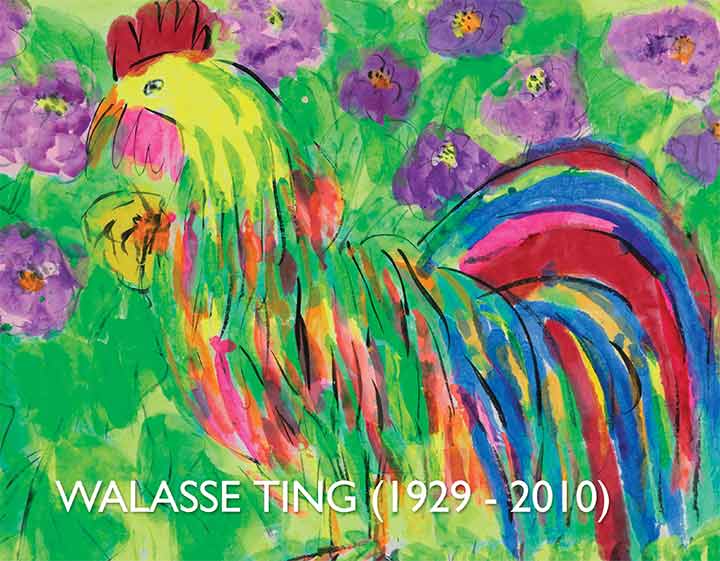 Six years after his death, Walasse Ting is emerging as one of the most interesting and important painters of the 20th century.

Born in Wuxi, China, then raised in Shanghai, where, by his own account he first began painting on the sidewalks.

Without a visa and only five American dollars in his pocket he moved to Paris in 1952. Life was difficult but he found a small room in Passage Riguinot.

Having met Pierre Alechinsky, who he taught oriental calligraphy to, he was introduced and formed close friendships with members of the CoBrA Group, the avant-guard movement. Eight years later Ting emigrated to New York, where he became involved with the Pop artists and influenced by American Abstract Expressionism.

The conflict of conservative Eastern values and the modern Western culture is apparent in Ting’s work, he states “in this respect, artists are to a certain extent schizophrenics. Some try to resolve the contradiction by conscious means, by using traditional techniques and elements of traditional Chinese art in an attempt to modernize Chinese painting”.

Julian Alvard noted in 1954 “the influence of Chinese paintings on Western paintings, particularly American, is well known. What we are faced with now is the problem reversed, and how impenetrable it becomes: it is how can one be a Chinese painter after the shock of Western painting? The painting of Walasse Ting is one of the aspects of the new battle that’s beginning to be fought”. This battle has continued with young Chinese painters today now picking up the influences of earlier rare Chinese successes such as Walasse Ting.

Walasse continued to travel and in 1987 stopped in Amsterdam, which reminded him of Hangzhou with all the canals. He loved the city so much he decided to stay permanently

‘Perhaps there is one moment of consideration, in homage to the paper, before the brush strokes the paper’s surface, in quick confident strokes, as a samurai with a sword, or conductor with his baton. He will move from one sheet of paper to the next, creating the images as if he has already seen them and known them. He will take down the sheets, and put up the next. Rarely is the wall empty.

After a break for lunch, the coloring may begin. The table is full of ceramic bowls. In each bowl a pool of luminous color. Blues of every variety, pinks, greens. They are vibrant in themselves, a living rainbow. The paintings, with their black lines, are laid out on the floor. He picks up a wide brush full of paint; yellow perhaps. He will give life to the iris in a vase, the feathers of a bird, the hair of a woman reclining.

Each color in turn finds its place, the tableau becoming more and more alive, until the final colors are added and the painting is complete, this may go on for hours, or days on end, depending on his mood or what goals he has set out for himself’.

An extract from The Garden by Mia Ting