Seven years after his death, Walasse Ting’s place as a giant of 20th century painting is assured. He’s such a fascinating figure – the Chinese-born artist who lived most of his life at the various epicentres of western painting: Paris, Amsterdam, New York. The art he produced over his 50 year career reveals these many influences. It’s a beautiful body of work.

Today, these pieces are owned by the Metropolitan Museum of Art, Tate Modern, Guggenheim Museum, the Shanghai Art Museum and many devoted private collectors. The latter group is growing especially fast, thanks in part to the rise of China as an economic and cultural force.

Now, in this new exhibition, the Catto is excited to reveal a selection of never-before-seen Ting paintings. They showcase the vivid style that collectors love best: of sensuous women (Girl With Long Red Hair, Two Girls Many Fans), inscrutable animals (Blue Cats Yellow Eyes) and floral bursts (Vase Of Many Flowers).

Walasse Ting painted these works towards the end of his life. They represent the world view of a unique artist who spent his career seeking adventure and staying curious. Ting always sought out a vantage point on the margins where he could see things most clearly. The ambiguity is even there in the name. He was born Ding Xiongquan, but he chose the French-sounding Walasse to channel his idol Matisse. And Ting? Well, how Chinese is that?

So Walasse Ting worked his whole career to fuse the two sides of himself. In his paintings, we see the artist absorb the successive experiments of his western counterparts. Indeed, during the 50s Ting briefly appropriated the abstract expressionism of Jackson Pollock. Yet he never truly abandoned the Chinese tradition: the flat planes, the delicate lines, the extraordinary colour.

If all this talk of outsider status makes Ting sound like a solitary figure, think again. In truth the painter was the life and soul. He loved to sing and dance. He delighted in fine food and nature. He was a poet who adored women. The exuberance all comes out in the paintings.

So maybe we can speculate that it was this lust for life – rather than a sense of artistic alienation – that led young Ding Xiongquan to emigrate from China. He was born in Wuxi in 1929 and taught himself to paint, though he underwent some early formal training at the Shanghai Art Academy. By the 1940s, Ting had started to sell paintings locally. This brought him to the attention of business magnate John Keswick, who bought a number of works for $100 each. A significant sum.

Despite a growing reputation in China, Ting decided to adventure overseas. He left for Paris in 1953 with barely any money and virtually no connections. This precarious state of affairs didn’t last long. He fell in with the CoBrA Group of primitivist artists and especially a Belgian member, Pierre Alechinsky, who became a lifelong friend.

Six years after arriving in France, Ting was ready to move again. This time to the new home of experimental art – New York – and its dazzling innovators: Claes Oldenburg, Jim Dine, Asger Jorn, Robert Rauschenberg and others. He also formed close friendships with New York-based Chinese artists such as the photorealist Hilo Chen and the painter Dennis Huang.

In a few years, Ting had absorbed these various influences in work that fused pop, abstraction and joyous colour. He produced many female portraits, and numerous studies of birds and flowers. For many paintings, he used the fine xuanzhi paper associated with traditional Chinese ink-and-brush paintings. It was the start of a painting style that continued until his death in 2010. And it made Ting one of the most beloved and important of 20th century artists. 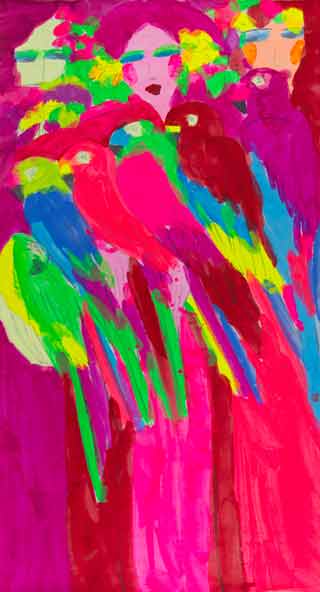 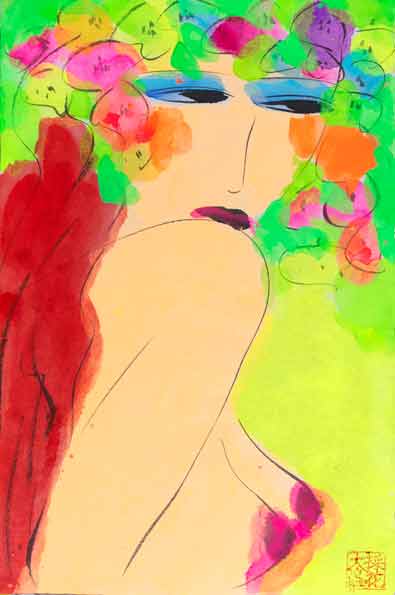 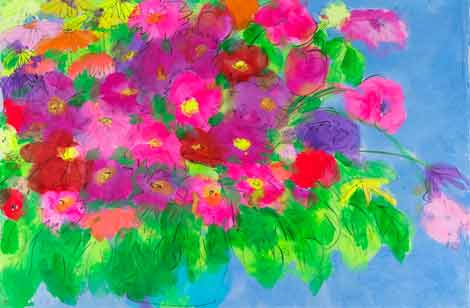 Vase of Many Flowers

Vase of Many Flowers 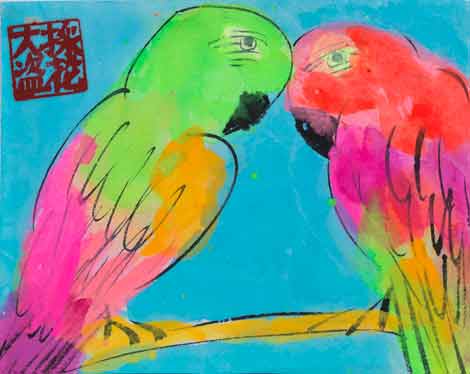 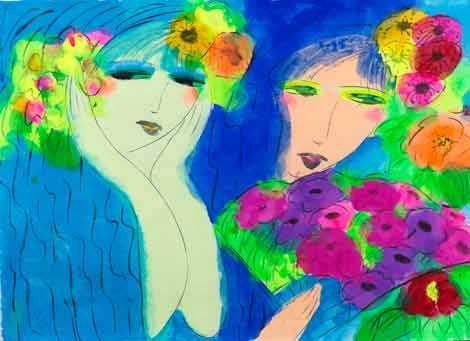 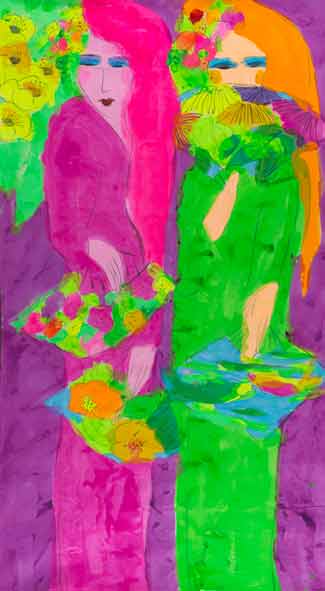 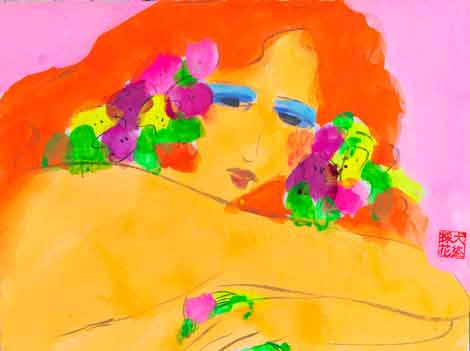 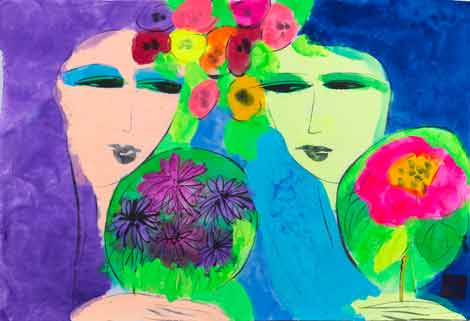