Walasse Ting is now recognised as one of the great artists of the 20th century. In common with the most interesting cultural figures, Ting was an outsider. He existed in the margins – between the US and Europe, between pop and abstraction, between intellectual introspection and hedonistic fun. Perhaps most of all, between East and West.

Ting's outsider status gave him a perspective that insiders lacked. It helped him to see the merits and absurdities of the post-war art scene more clearly than most. And nothing reveals this better than the eccentric – and now highly collectible – book he published in 1964. This was 1 Cent Life.

On the surface 1 Cent Life is not that unusual. Ting and his co-editor Sam Francis conceived it an anthology of work by a community of artists at a time when abstract expressionism was surrendering its crown to pop art. The contributors include Robert Indiana, Roy Lichtenstein, Joan Mitchell, Claes Oldenburg, Robert Rauschenberg, Jim Dine and many more. You can see why it's so sought-after.

But 1 Cent Life is much more than a simple anthology. It is also a manifesto for a collective aesthetic – a jazzy assemblage of work that ranged from cartoon to splatter and from psychedelic colour to cool monochrome. And what brought this craziness together? Ting's equally bizarre poems.

What is small business?
Nobody small.
You launch steamship.
I push locomotive.

And so they go on. Written in pidgin English, the poems are at once playful, witty and obtuse. In this sense, they effortlessly complement the work they sit alongside.

Ting published 1 Cent Life in 1964. You might assume this was the most interesting and productive period of his career. But that's not strictly true. He moved around a lot. And he often found himself at the centre of the cultural zeitgeist.

Ting was born in Wuxi, China in 1929. His career as an artist began when he persuaded a bookshop owner in Hong Kong to display some of his watercolours. His reputation grew fast. So did Ting's artistic curiosity. In 1946, he decided to leave China for Paris, where he fell in with the COBRA school of artists. Ting loved COBRA's philosophy of experimentation in colour. It defined the next phase of his art.

In 1958, Ting upped sticks again. The centre of the art world had moved to New York, and Ting went with it. Through the 60s, he hung out with the American avant garde, and painted abstract work in luminous colours. His output was unlike anyone else's. As the years went by, Ting perfected his style, applying it to nudes, flowers, birds and animals. Looking at them now, these paintings offer a true confection of East and West. Their flattened perspectives recall traditional scroll paintings. Their buoyant colours come straight from Pop.

Ting lived out the end of his life in the Netherlands in 1987. He suffered a brain hemorrhage in 2002, and died in 2010. Today, his work is more popular than ever, not least with a growing army of Chinese art collectors. The Catto has exhibited Ting's paintings many times. In this new show, we are delighted to present a selection of signature works featuring some of Ting's most beloved motifs: cats, floral displays, parrots, enigmatic women with flowers in their hair. 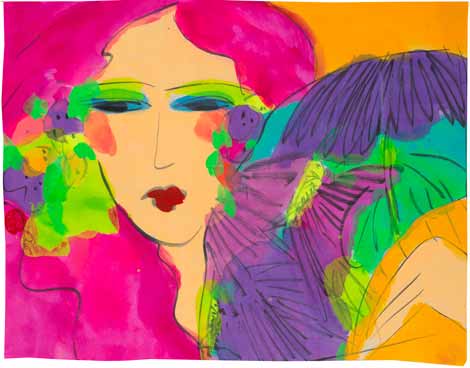 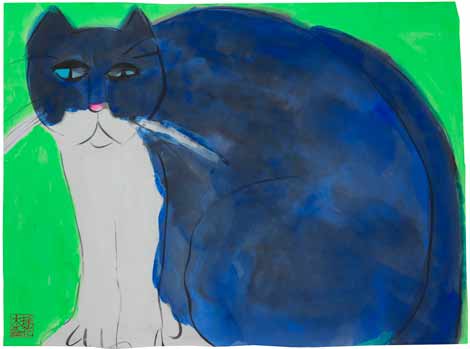 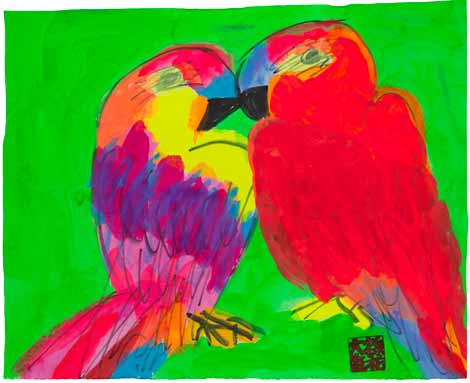 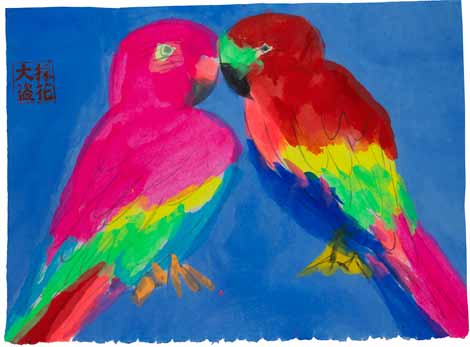 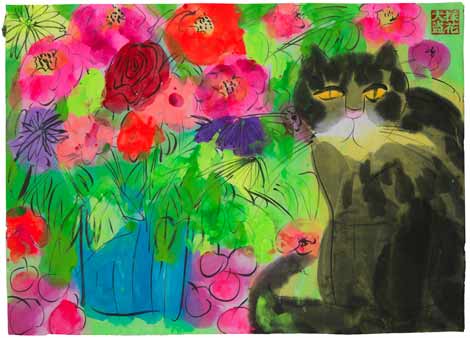 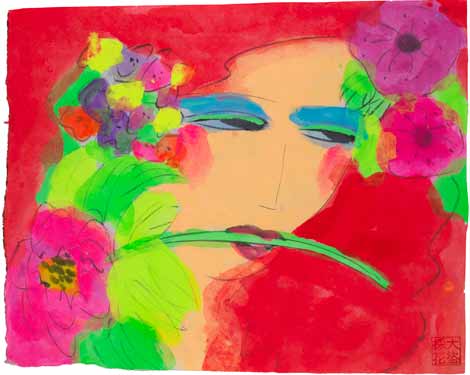 Red Lady with Flowers in Her Hair

Red Lady with Flowers in Her Hair 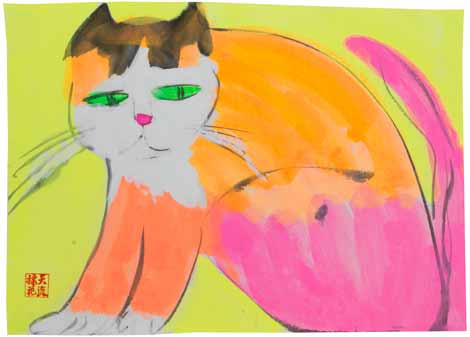 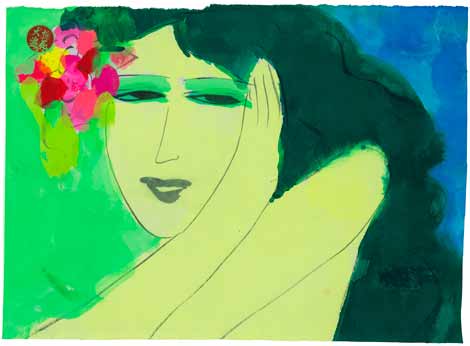 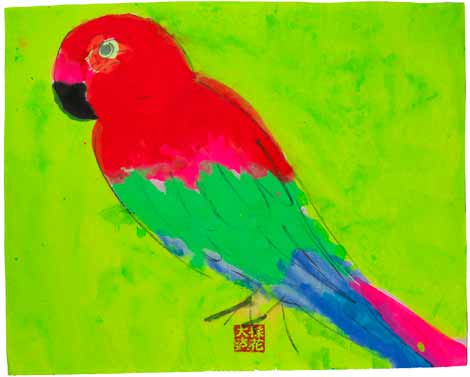