Six years after his death, Walasse Ting is emerging as one of the most interesting and important painters of the 20th century. He represents a fascinating historical story. Here’s an artist who was present at the centre of the 20th century world art scene - first in Paris, then New York. Simultanously, he was an outsider.

Ting was born in Wuxi, China in 1929 but raised in Shanghai. Though he underwent some early formal training at the Shanghai Art Academy, he was largely self-taught and would even paint on the pavements of his home town. During the 1940s, Ting’s reputation grew. He persuaded a bookshop owner in Hong Kong to display some of his watercolours, and this brought him to the attention of business magnate John Keswick, who bought a number of paintings for $100 each.

Though his star seemed to be rising, Ting decided to leave China for Paris - the heart of the international art scene. He arrived with barely any money and very few connections. But slowly he formed close connections with the COBRA Group - a school of artists based in Copenhagen (Co), Brussels (Br), Amsterdam (A). Cobra preached pure experimentation in colour, and Ting clearly embraced the philosophy. He also formed a lifelong friendship with Belgian artist, Pierre Alechinsky, who discovered Ting sleeping on bare boards in a tiny attic room.

By 1958, Ting decided to re-locate again to what was by then the world centre of experimental art: New York. This was where his style - and his following - took flight. Ting threw himself into abstraction, and began to absorb the influence of the firebrand innovators of the period - Claes Oldenburg, Jim Dine, Asger Jorn, Robert Rauschenberg and others.

He also began to write poetry, penning short enigmatic pieces in English. In 1964, a book of his poems was published with a folio of over 60 prints by 28 major artists: Roy Lichtenstein, Andy Warhol, Sam Francis, James Rosenquist and more. Essentially every major artist on the New York scene was a participant. Their involvement reflected Ting’s vaulted reputation and his unique place at a spot between pop and abstraction, and between the US, Europe and China.

Though he was close to the American avant garde, Ting also formed close friendships with New York-based Chinese artists such as the photorealist Hilo Chen and the painter Dennis Huang. These diverse influences led Ting to paint abstract work in unique luminous colours. Simply, no one else seemed capable of producing work that looked anything like this.

Many of these works were made in Amsterdam, which reminded Ting of Hangzhou and its canals. He loved it there, and moved to the Netherlands in 1987. Sadly, he suffered a brain hemorrhage in 2002, and died in 2010.

Today, with China at the forefront of the global economy, a new audience is coming to understand this unique artist, one who straddled Western and Eastern art but stands alone thanks to his singular talent. 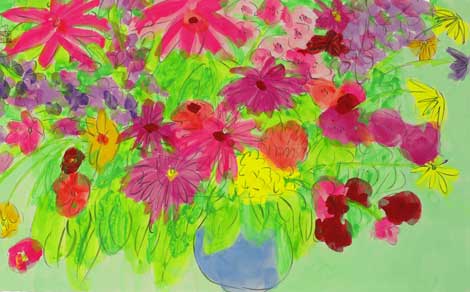 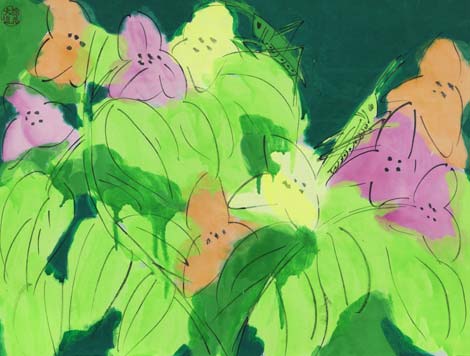 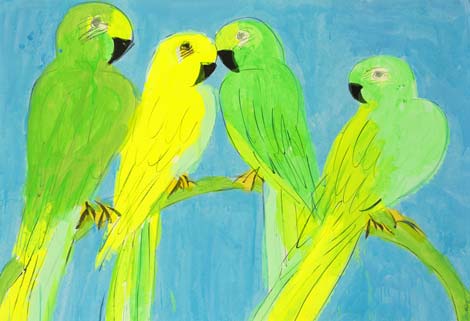 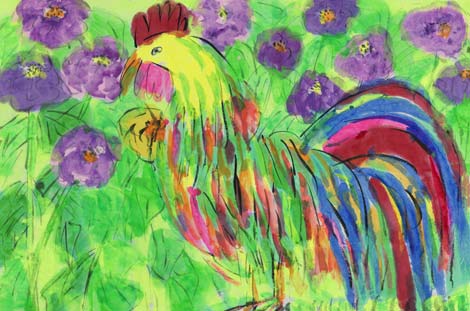 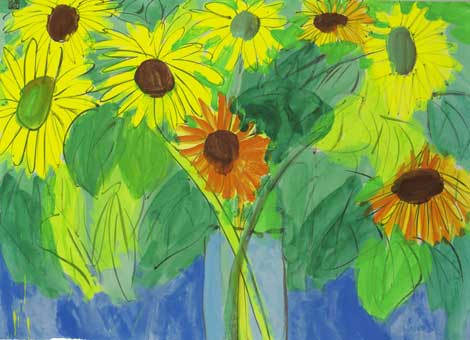 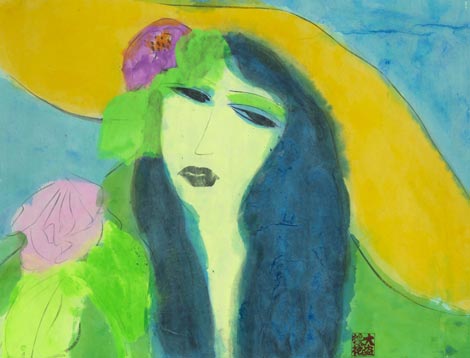 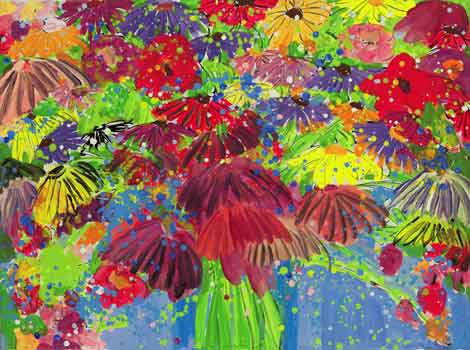 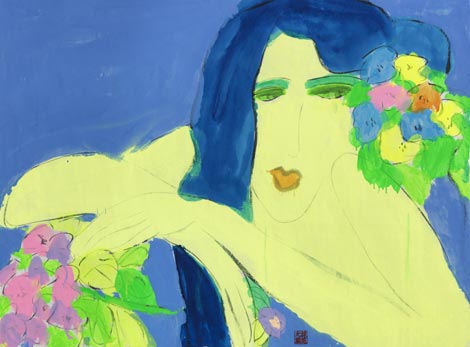 Young Girl with Bouquet of Flowers

Young Girl with Bouquet of Flowers