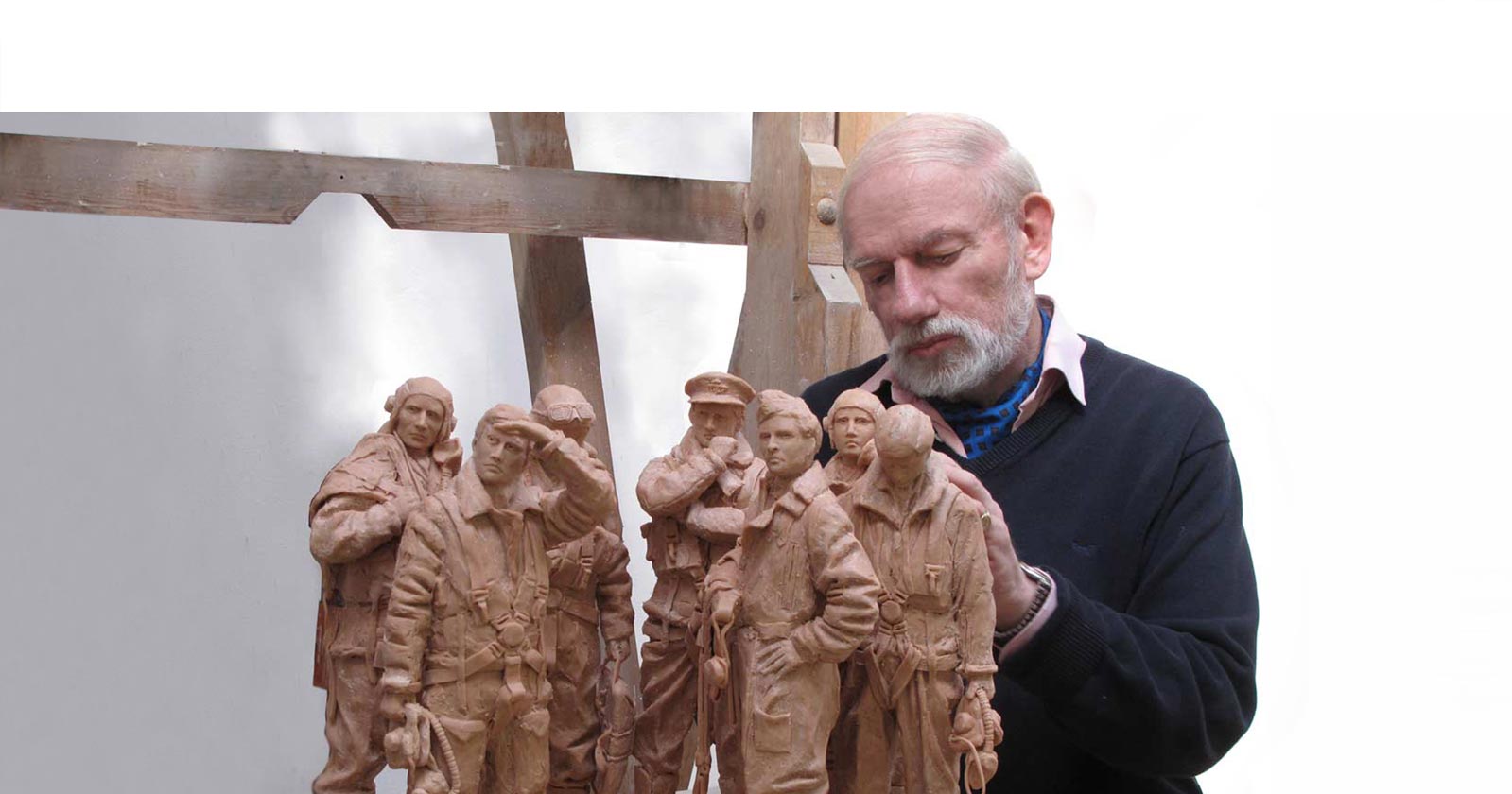 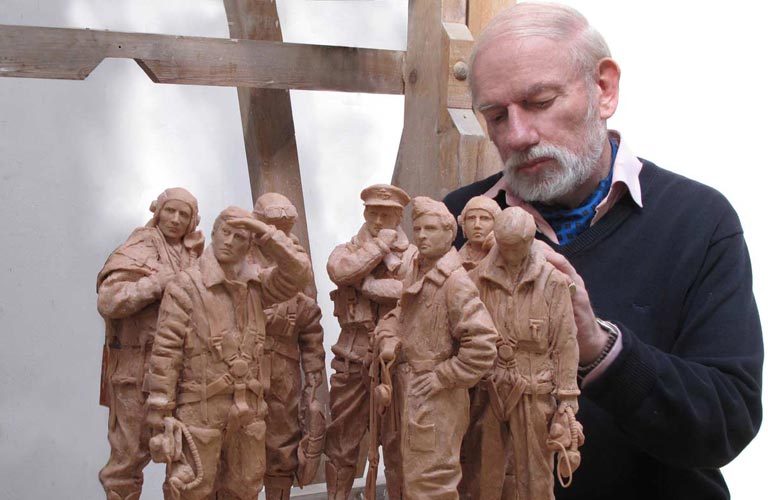 Philip Jackson is Britain’s foremost sculptor, with a worldwide reputation for public commissions. But in parallel, the artist has built an oeuvre of outstanding ‘gallery’ sculpture. 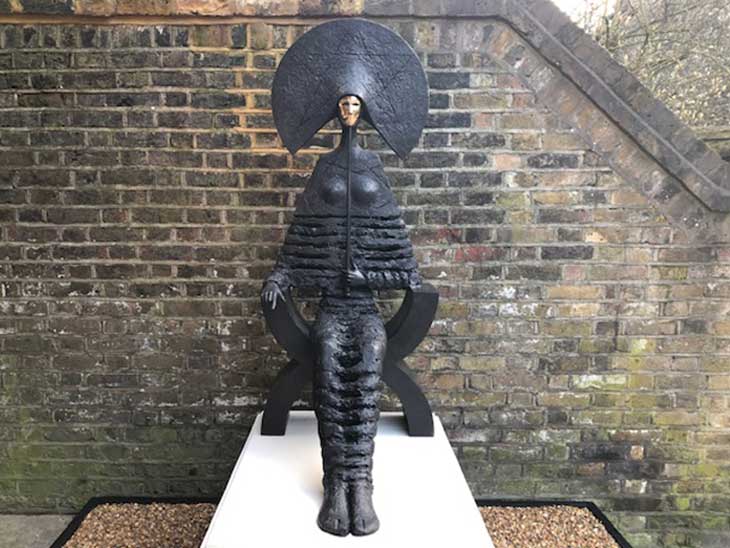 Our new exhibition showcases the exquisite craft of the sculptor Philip Jackson. Fans of Philip’s work will be thrilled to see this show offers several new maquettes, many inspired by the masked figures of Venice. 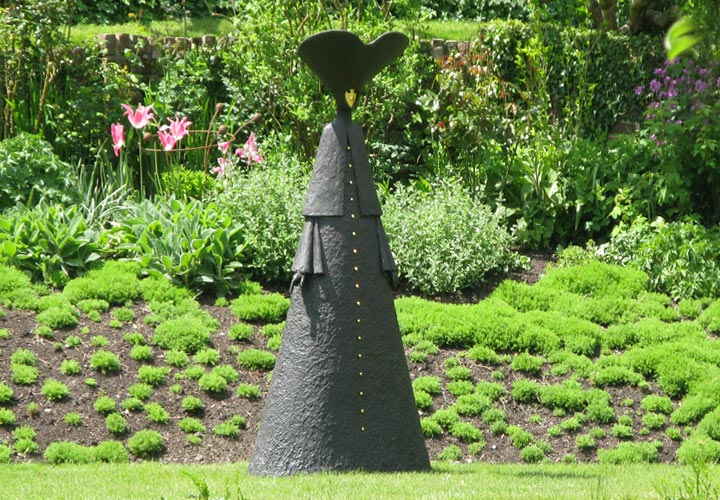 Fans of Philip Jackson's work will be thrilled to see this show delve deeper into the psychology of the human form. Curious hooded figures abound, each rising out of the ground like organic structures. There is such skill and subtlety at play here. But then Philip Jackson has dedicated himself to his craft for around 60 years and is more in demand than ever. 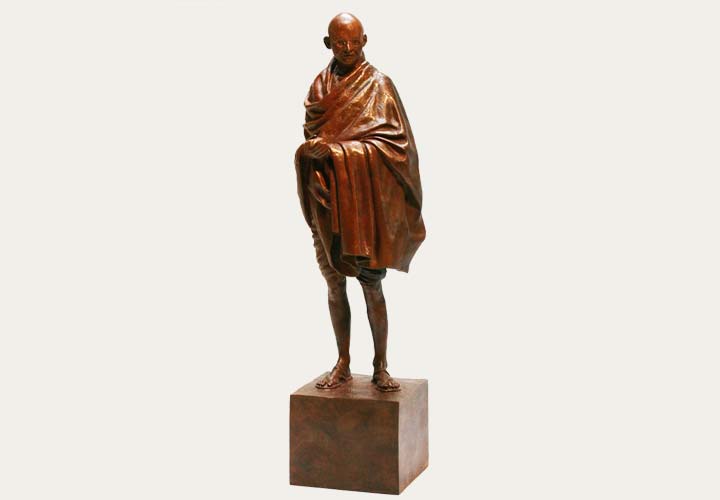 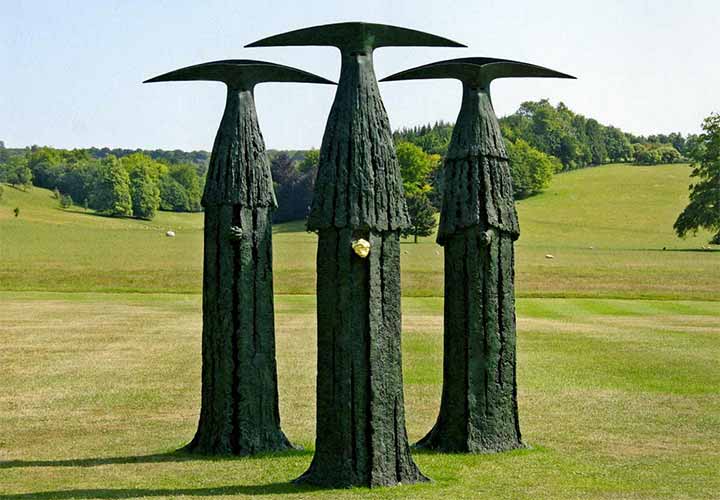 Six years after his celebrated debut at the Catto Gallery in 2007, sculptor Philip Jackson returns with a fabulous collection of haunting works. 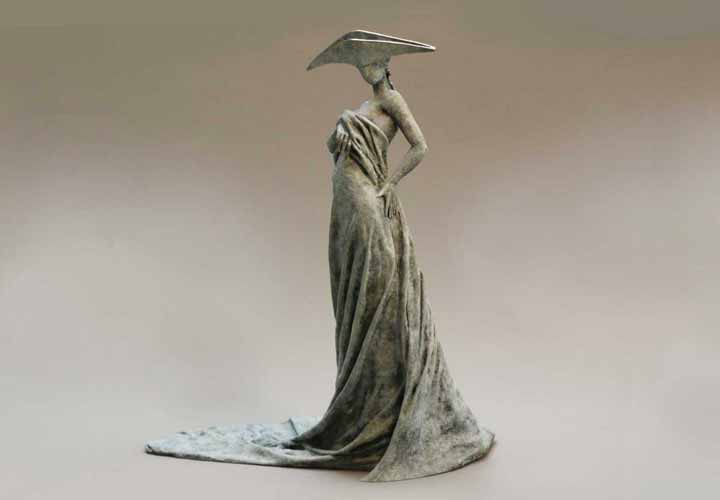 Philip Jackson has a worldwide reputation for his public commissions. These include high-profile works such as Queen Elizabeth on the Mall, Bobby Moore at Wembley Stadium and of course the recent Bomber Command Memorial in Green Park. But in parallel with this glittering career, the Jackson has built an oeuvre of outstanding ‘gallery’ sculpture, many of which are inspired by post-renaissance Venice. These form the centre-piece of this new show.

Venice is a theme that has occupied the sculptor since his first visit there nearly forty years ago. He was inspired by the art of giants such as Canaletto, Belloto, Guardi and Longhi (all of whom included masked figures in their paintings) to analyse the masked tradition further.

Philip Jackson's sculpture seems to rise organically from the ground. He draws on natural forms such as tree bark, rock or lava flow in these impressionistic sculptures. But as the eye moves from the body to the hands and face, the finish becomes gentler and more delicately worked. This is where the drama is to be found.

And what drama. In this exhibition there is refined elegance in The Last Ball of Summer, and a certain athletic grace in the Sword Master. But the darker side of the masked tradition is revealed in a work such as The Magistrate, in which beauty co-exists with a quiet severity. For all his experimentation with organic forms, Jackson remains firmly in a figurative tradition that goes back to the Greeks.

Twenty-five years ago Philip Jackson entered a competition for a public sculpture in Manchester; he won the competition ahead of 40 others. Thus began a career in public work that has brought him great acclaim and a CVO (Commander of the Royal Victorian Order) in 2009. Today, Philip Jackson is arguably the most in-demand of any sculptor alive when it comes to public commissions.

There is another reason why Jackson is one of the foremost sculptors in Britain today; he is never satisfied and is always striving to improve the flaws he sees in his work. He will even try to avoid passing his sculptures when travelling through London. It is a pretty extraordinary admission. Thankfully, it is not a sentiment shared by those wishing to commission works. Or the rest of us, standing before his work in awed admiration.

Philip’s sculpture seems to rise organically from the ground. He draws on natural forms such as tree bark, rock or lava flow in these impressionistic sculptures." Iain Barratt Catto Gallery